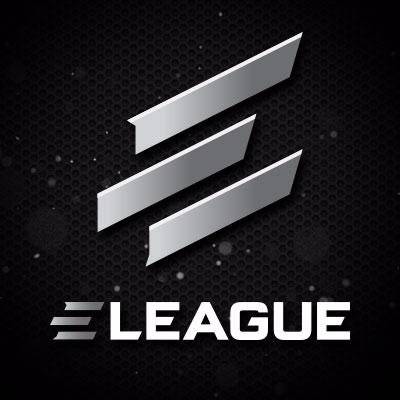 G2 will go as far as Shox will lead them

At week two of eleague Gamers2 managed to reach the finals of the group, which was to be expected, but did it in an unexpected manner. Many were surprised when Gamers2 blasted through the group stages undefeated off of the backs of their star players Shox and Scream, both who played like they were in 2013 all over again. While the 2/0 wins over their North American competition was to be expected, the utter decimation of Ninja’s in Pyjamas in two maps was surprising. Shox finished the group stages as the highest rated player overall, with a 1.30 rating, and was the largest factor in their two map sweep versus Ninja’s in Pyjamas.

Shox’s superstar factor was the main reason that G2 reached the finals of week undefeated, but conversely the lack of his superstar factor in the finals was the main reason that G2 failed to give Ninja in Pyjamas a run for their money in the finals. Gamers2 is not a team with an extremely deep roster, a large portion of the carry potential in games stems from shox and scream, with shox being the more consistent of the two. Time will tell how far this Gamers2 roster will get, but one thing is already predetermined, this roster will go only as far as shox can carry them.

Relyks is a talent to keep an eye on it

When Selfless was first announced as a last minute replacement for Tyloo many people simply brushed them aside as a team that would have no impact on the group itself. Initially this turned out to be true, as Selfless ended up losing every map they played at Eleague, however they also ended up leaving the event with a few bright spots. Despite having one of their best players leave the week before, Selfless managed to represent themselves in a positive manner overall at the event, and more importantly their tactical system in place held up admirably versus their European competition. However the most impressive play to come out of Selfless at Eleague was the play of Relyks.

In previous iterations of Selfless rosters Relyks never was a standout performer, he always did his job and simply let others do the heavy lifting. However at E League he decided that enough was enough, and proceeded to do the heavy lifting himself. At the end of group stages Relyks found himself at or near the top of many statistical categories, and he did it all whilst dueling some of the best players in the world. Despite his poor performance in the playoffs Relyks has managed to establish himself as one of the upcoming North American talents that people will keep an eye on in the immediate future.

F0rest is the main star of NIP

The road to victory may have been a little rocky but at the end of the day Ninja in Pajama’s still managed to find themselves as the king of the hill. Beginning the group stages by dismantling their North American competition, Ninja’s in Pyjamas eventually finished the group stages with four wins, finding themselves unable to win a map versus Gamers2. Ninja’s in Pyjamas began the playoff bracket by winning a close series versus Optic Gaming in the semis, and then proceeded to get their revenge by demolishing Gamers2 in the finals. Throughout the entirety of the event f0rest stood out as the primary carry of this iteration of Ninja’s in Pyjamas.

Continuing with the impressive form he showed off at Dreamhack Malmo and ESL Pro League, f0rest finished E League as the highest rated player overall with a 1.23 rating. The most impressive part of f0rest’s play in Eleague was the fact that his greatest level of play came about when his team needed him the most. Despite having a poor game to start off the playoff series versus Optic, f0rest remained unfazed and proceeded to drop 54 frags over the remaining two maps in order to carry Ninja in Pyjamas into the finals versus Gamers2. In the finals f0rest came face to face with perhaps the greatest rifler to ever grace the game of Counter Strike Global Offensive, and f0rest spit in his face.

Over 44 rounds of gameplay, f0rest dropped an impressive 43 frags and ultimately finished the finals with a 1.38 rating versus one of the hottest teams in the world. Ninjas in Pyjamas have had many factors going for them in their recent rise to becoming an elite team, however one of the most important factors has been the resurgence of f0rest’s play, and his ability to be the primary carry for this iteration of Ninjas in Pyjamas.

Optic Gaming’s overall performance at E League was extremely similar to a roller coaster ride. With extreme ups and down’s the full characteristics of this Optic Gaming lineup were on display, and one extremely important takeaway was the importance of Rush towards Optic gamings success. While mixwell hit a consistent level of play throughout a majority of the event, it was largely Rush’s gameplay that ended up defining how Optic Gaming matches played out. If rush failed to show up as a secondary or primary force within the server then Optic Gaming would struggle to a large degree to put up a significant number of rounds, however when Rush did show up then Optic Gaming would largely always be in the match with a chance to win. The first two best of 2’s that Optic Gaming played Rush didn’t have a significant impact on the server, and subsequently Optic Gaming found themselves with four losses in the group stages.

However as soon as the Selfless series began Rush managed to find a way to consistently have a high impact on the server, and subsequently Optic Gaming had a much improved performance versus not only Selfless but also Ninjas in Pyjamas, who they were on the brink of defeating. Optic Gaming is one of the North American teams whose future currently looks the brightest, however a large part of this future will come to be defined by the level of play that Rush displays, and inconsistency won’t cut it.