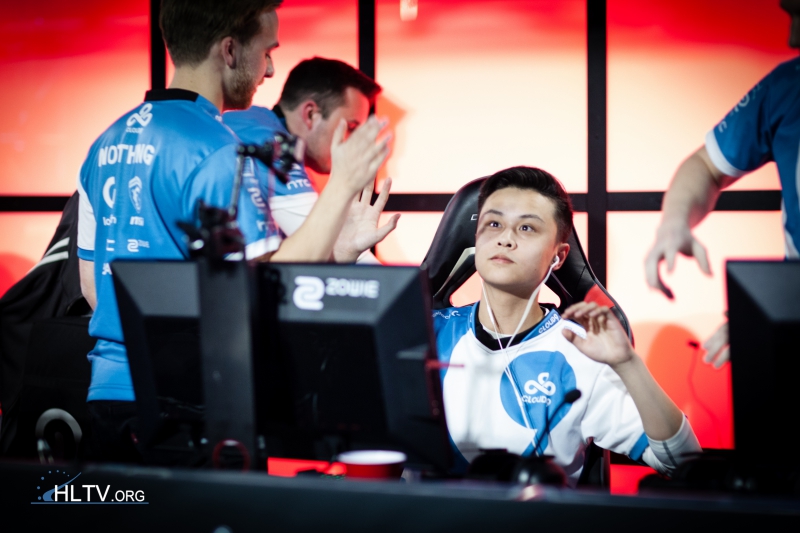 Young Stew has the it factor

The 18-year-old youngster from Cloud9 did nothing but impress during the first week of play, and even managed to finish the tournament as the highest rated member of his team. However, despite being an impressive player statistically, the most impressive aspect of Stewie2k’s play at ELEAGUE was the poise that he displayed under pressure. Whether the team came in as the favorites or the underdogs, Young Stew did not let it affect him; he simply went onto the server and played lights out. Even when Stewie did let his emotions get the best of him, at one point slamming the desk in a show of visible frustration, he found a way to regroup and even finished the map as the highest rated player on his team.

To be able to play at your highest level in high pressure situations is easier said than done, especially when you consider that some of the greatest superstars in all sorts of competitive disciplines have struggled with it. Usually poise in high pressure situations is something that is developed as a player gains more experience in those situations, and as such, credit must be given to Stewie2k for having developed that skill at such a young age in his career.

To say Team Liquid’s result at ELEAGUE was disappointing would be to miss the mark by a country mile. Before this event, many had pegged Liquid as having either the second or third seed going into playoffs pretty much locked up and an extremely solid shot at facing Luminosity in the finals. Looking at the roster, most assumed that the raw aim and chemistry between the core players would help carry them over a Cloud9 roster they beat two weeks ago and a Renegades roster that most had pegged to come in last place.

However, when time came to finally play the game, it seemed like Team Liquid had absolutely none of these factors going for them. Players who they look to for star levels of fragging power were conspicuously absent in terms of impact, and in terms of chemistry, they looked like a team that had never played with each other before, not a team whose core had played with each other for over six months. To make matters worse, subsequent tweets that came out from hiko, Elige, and GBJames made it clear that the internal environment of the Team Liquid CS:GO team was in complete disarray and a ton of obstacles remain on the road ahead.

After this disastrous crash out of ELEAGUE, Team Liquid have attempted to put themselves on the path to redemption by anointing Peacemaker as their in game leader and moving Adren to the rifling role that he succeeded on at MLG Columbus, but only time will tell if these moves will have enough of an impact to save this roster from impending doom.

Luminosity Gaming have a Championship Mentality

The hallmarks of a championship mentality are an indomitable will; a will that drives you on the path towards victory regardless of how highly the deck of cards are stacked against you. If Stewie2k was described to have the mentality of a winner, then it would only be apt to describe Luminosity Gaming as a team with a championship mentality. Once again, Luminosity Gaming managed to show that regardless of how heavily the odds are stacked against them, they will find a way to succeed. Luminosity Gaming came face-to-face with a team whose old players magically found themselves in the prime of their careers, and a team whose youngster played like a star. To compound those factors, they were faced with a heavily North American biased crowd, and that led to a devastating map one defeat.

After taking a haymaker like that in game one, nobody would have stopped to blame Luminosity if they lost 2-0, rather, the focus would have been on how impressive the players from Cloud9 played. However, Luminosity showed that they had come out here in order to win, and win they did. Luminosity bounced back on game two and managed to grind the rounds out to win on Cobblestone, despite Skadoodle’s best efforts to carry the game for Cloud9. Subsequently, they closed the series out with an emphatic statement, absolutely dashing the hopes of all of the North American fans in the audience by starting off with a 14-1 Terrorist side half and then closing it out on the Counter-Terrorist side.

While the Renegades campaign at ELEAGUE could be considered a success when framed alongside the levels of expectation they came in with, the players themselves must be feeling disappointed overall with how the event panned out. They began the event by failing to grasp the chance at an upset vs. Luminosity on Cobblestone and then found themselves completely blown out of the water on Train, failing to even grasp a round versus the favorites.

However, their trajectory rapidly changed on Day 2 as the Renegades proceeded to win three of their remaining four maps versus their North American competition, and put in place a potentially exciting matchup versus Cloud9 in the bracket stage. However, rather than going into the playoff stage with all guns blazing, the Renegades simply went on stage and proceeded to die. Finding themselves manhandled on Cobblestone and definitively defeated on Cache, Renegades’ struggles not only continued as a team but also on a player to player basis, with no one consistently stepping up throughout the event. Jks was stellar throughout the group stages but when it came time to play playoff ball, he stuck his head in the sand and disappeared. Azr had an impressive pair of Cobblestone games versus Cloud9 and Luminosity but other than that, he was not anything special, and yam truly only came alive versus Team Liquid, the team that finished the event without a single win.

While on paper, Renegades had an overall respectable event, if one were to dig a little deeper, it becomes clear once again that the Renegades found a way to disappoint. The lifespan of this Renegades roster is only getting shorter and shorter, and the only way to extend it is tangible results, which the Renegades have failed to deliver for quite some time.