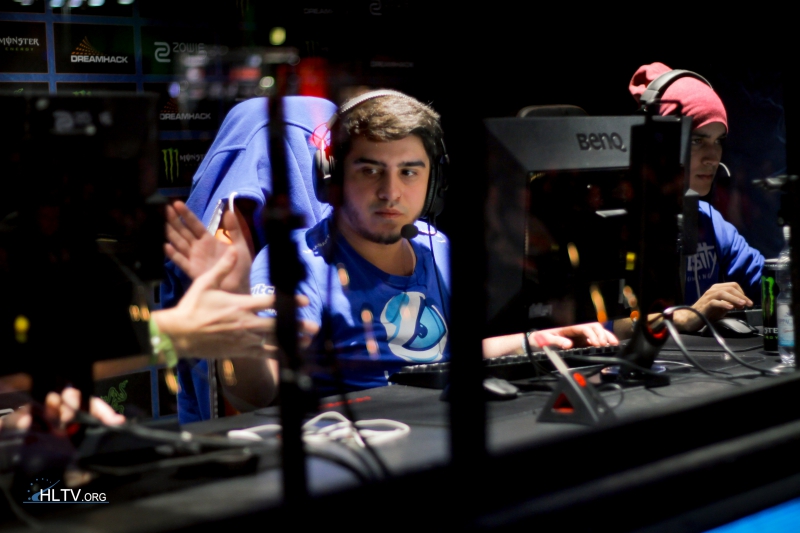 Have you ever played the worst game of your life? And I don’t mean a game where you just played poorly and got stomped. Perhaps it wasn’t even an entire game, but just one terrible moment in that game. One terrible game or moment that sticks in the pit of your stomach hours after it is over. One whose very memory can make you uncontrollably angry or ineffably sad, or sometimes both. A game that you keep replaying in your mind over and over again when you’ve already started a new game.

I have, multiple times. It still makes my skin crawl thinking back on those moments. I was playing Terran in StarCraft 2 and forgot a medivac with eight marines and a thor inside in a base trade scenario that went down to the last unit. After I lost, I went on a 50 gaming marathon trying to get revenge against the ladder for my own mistake.

What I did, what I experienced isn’t unique to me. I’m certain there are millions of people who have had the same or similar experience to my own gaming career. I’ve even seen it in competitive games across multiples titles from Star Craft: Brood War, SC2, League of Legends, Counter Strike:Global Offensive, Dota2, Street Fighter and Smash Melee. I came to understand eventually that what I experienced is not so different, though the scale was much smaller.

I couldn’t let go. I was replaying the same moment again and again instead of focusing on things I could change, I could effect.

This wasn’t some amazing philosophical revelation, I was just too tired to focus anymore. After playing for 20 hours straight, I had gone on a 30 game losing streak and I refused to give up. But I was too tired to focus on my rage. If I wanted to win, the only thing I could focus on was the game. And that I think is the key.

We as people get attached to the past when it wrongs us. Especially the recent past. We can’t let go. We feel cheated by our luck, our circumstances, sometimes the world.Yet if you let that moment control your present, it can drag you down to hell.

One such moment in CS:GO was the most famous round from MLG Columbus: Marcelo “coldzera” David got a 4k on Mirage against Team Liquid. We later found out that Liquid was tilted after that round and that they were unable to get past it and refused to pause to reset their mindsets.

It’s understandable. It was an extremely emotional moment for all of them. An important moment in their careers as they were on the cusp of doing something no other NA team has ever done.Yet that round weighted them down. It played in the back of their minds and they couldn’t let go.

Yet, from a practical point of view, thinking about that round was a waste of time. You can think about it from now till the end of time and no amount of effort will change the past. Instead they should have focused on the present. The past is immutable, unchangeable.

Neither can you focus too much on the future. You cannot think about how you’re going to win, how you’ve already won, what you will say when you raise the trophy no matter how far ahead you are. This is just as much of a poison as thinking too much about the past. The present is all that matters, and even losing just a moment of focus can make the difference between victory and defeat.

This mental battle is waged in every players’ minds and becomes louder and louder as the matches become more and more important. With each loss comes damnation and with each victory, you are one step closer to fulfilling your dreams. It is a delicate act during which you cannot let the past burden you nor let the future distract you. The present is all there is and you have to give your all to the moment.

In many cases players fail. A notable example is Peter “dupreeh” Rothmann. He used to have an obsession with checking the scoreboard and looking at his KDR and if he did poorly it weighed him down like an anchor. The caster Auguste “Semmler” Massonnat tried to get him to stop and threatened to just rip off the tab key off his keyboard.

In other cases they succeed. Fnatic did it down 8-13 against Virtus Pro at ESL Cologne. They paused, reset their minds, regained their composure and stopped the Virtus.Plow. They let go of the past and stopped thinking about how they were being beaten. They stopped thinking about the future and what would happen if they lost. They just focused on each round. As Joona “natu” Leppänen always says, “you have to take it one round at a time.”

Golden mouse winner Park “July” Sung Joon once said that at the top level of competition, the mental battle is the most important factor. That it is pure psychological warfare. That in order to win you have to make the opponent break first. It is in this arena where your opponent is trying to psychologically break you, where the past is threatening to chain you, where the future is trying to distract you, that champions are forged.

You can learn from the past and correct your mistakes. You can have plans for the future. But in the midst of battle neither past nor future can have a hold of your mind. You take what is useful to you and leave the rest behind. Correct your mistakes, but don’t hang on to the emotion. Let you dreams of the future fuel your drive to win, but don’t let it blind you to the present. When the time comes, when you’re forced into a do or die position, let it all fall away from you and focus.

There was never a round before this. There is no round after this. This is the only round that matters.