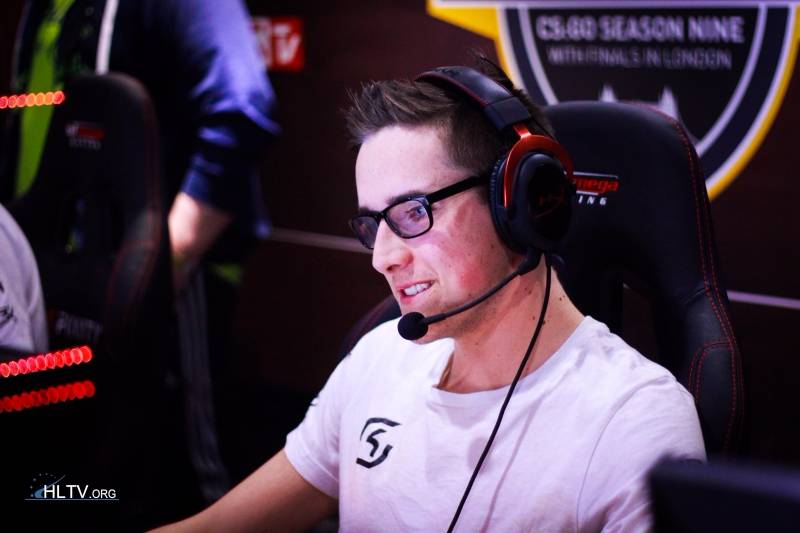 Last week I wrote about elements that make up a great player. They included things like: team identity, game sense, team play, composure, aim, tactics, positioning, movement and diversity of roles. There is one specific element I did not include as it cannot be ranked under a normal scale.

But what exactly is willpower? For me, it is the strength of character to refuse to give up. This is a common theme among competitors of every discipline. You cannot succeed if you give up after failure. The only loss is when you give up. Willpower is one of the defining marks of an all-time great player. But willpower itself isn’t binary like success or failure. It can go up or down based on circumstances. Even among the greats, not all of them try in every single match of every single round of every single game to the fullest extent that they can. Willpower itself manifests in different ways from the hours you practice, the actions you take or the way you play under pressure.

For me, it can simultaneously be the most important aspect when considering a player’s greatness and completely irrelevant. Ilyes “Stephano” Satouri is SC2’s greatest foreigner player ever. He was also considered one of their laziest. He barely ever practiced once his mechanics and game sense were good enough and often partied well into the night the day before his games. He didn’t seem to have any willpower when it came to being the best player he could be. Yet he wasn’t devoid of willpower either. There was still ambition in him and once you got him into a game, he refused to lose without giving it his all no matter the circumstances. In his case willpower was a non-factor. He was great because of his intelligence, game sense, clutch, and talent.

And then there are the all-time greats that have both the talent and the willpower in both ethic and in the game. The players that come to mind are those like Olof “olofmeister” Kajbjer Gustafsson and Christopher “GeT_RiGhT” Alesund. Both have had the longest reigns as CS:GO’s best player. Both refused to just stand on their talent alone, but kept putting in hour after hour refining their craft. Both have won insane comeback games far behind in rounds.

Yet willpower is not a divine right of the greats. It isn’t like talent or skill. Something ephemeral that cannot be achieved no matter how much time of effort you put in. It can be achieved by anyone of any skill level. It requires a mind that is unwilling to give up no matter the odds or the circumstances you’re placed in. Many players have claimed that they tried their best, but there are very few I am willing to give that accolade to. In my 5 years of watching esports from titles including SC2, Dota2, Street Fighter, Smash Melee, LoL, BW and CS:GO I can only name a handful of average to good players that have the willpower that can match the greats of the game.

And in this past week I saw one of them, in the playoffs of Group C at ELEAGUE between SK and CLG. On the third map, CLG was up 14-3. SK briefly rallied back before CLG got to match point 15-5. And then they made a run back and eventually got to 15-14 before CLG barely eked out the win on the 30th round. The driving force of that comeback was Jacob “Pimp” Winneche. It wasn’t a sper carry performance by him, but he made crucial impact frags and he picked up the AWP to nearly bring back SK from death. This was the second time I’ve witnessed this, as Pimp did the same against Tempo Storm (now Immortals) at the Gfinity Finals in game two and game four where he tried to drag his team to a win knowing this was his best chance in a long time to claim a trophy.

For me, Pimp has that certain quality that can mean everything and nothing. I don’t believe his skills can match any of the greats that are running around in CS:GO today. Players like Nikola “NiKo” Kovac, Marcelo “coldzera” David or Richard “shox” Papillon. He isn’t as skilled or talented as them and likely will never be. Yet that doesn’t mean he can never beat them that his team can’t take a map off of them.

The first condition to beating a better team is a refusal to give in. To believe that you can make the upset, that you can make the play, that no matter how many rounds you’re down you can still get back up to fight again. Pimp may not be as skilled, but he is just as strong. He will not give up.

I’ve watched games where I knew the player or team had given up. That they were just going through the motions as they looked ahead to their next game or have given up on the tournament already. In Pimp’s case I know that no matter how hopeless the situation may be or how out gunned his team is, he will not give up. And that is among the most admirable qualities a competitor can have. Pimp is not a champion, but he has the will of one.