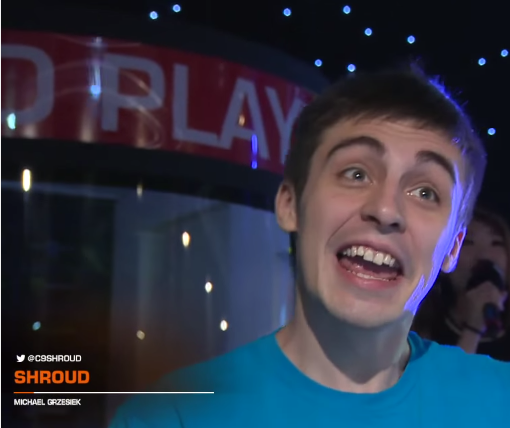 Over the last couple of months the dust within the NA Counter Strike scene post shuffle has finally begun to settle, and several key storylines have begun to emerge. This article will be based around outlining what I personally believe to be the most important storylines to keep track of over this upcoming iteration of online and offline Counter Strike play in relation to North America.

Coming into this period of Counter Strike the expectations for the Cloud9 amongst the community and leading analysts were low, and deservedly so. The last portion of the previous Cloud9 roster’s era had been marked by a clear slump in the fragging power of key players like Skadoodle, and on top of that they had lost their in game leader. In the eyes of analysts it was clear that the loss of an ingame leader like seangares could only be made up for by bringing in another in game leader with similar capabilities or bringing in a coach who had previous experience in being a leader within Counter Strike. Cloud9 failed to do both of those tasks and instead brought in a up and coming talent called Stewie2k, a player with a penchant for pushing through smokes and an aversion for cerebral play. Initially it seemed as if Cloud9 had truly fallen off of a cliff from whence there was no return other than a massive roster overhaul. Constantly plagued by poor T sides that prevented them from getting over the hump in Best of 3’s and Best of 1’s some analysts came out and said that Cloud 9 was no longer a top 3 team in their eyes. They would struggle in ESEA Pro league as well, starting off by losing 2/0 to Optic Gaming and then splitting 2 BO 1’s to Selfless.

However from March 17th onwards it seemed like Cloud9 had changed into a seemingly new team dropping only two maps to date, versus Liquid and Luminosity. They transformed themselves from a team who had no idea to play to the strengths that they had established and revolved around disjointed executes on T side into a team that would utilize it’s high skill ceiling and develop a threatening T side attack. People have speculated that this new look Cloud 9 has come about in part due to the help of Irukandji, the leader for the now defunct Manajuma. Irukandji was announced by Cloud9 on March 19th, though it remains to be seen whether or not he had been helping out Cloud9 before that date. To attribute all of Cloud9’s recent resurgence to irukandji would be disingenuous as CS is always played on the server by the players, but it would be irrational to ignore the new body of evidence to suggest that his addition has helped revitalize Cloud9.

Another interesting factor to the resurgence of Cloud9 is the fact that this recent revitalization in the team’s execution and overall strategical play has also led to Skadoodle peaking again in terms of fragging ability. While it must be emphasized that this improvement in Cloud9’s play has only been demonstrated online it still must be noted that in the last week Skadoodle has had 9 maps with a rating of over 1.2 and only 3 maps below a rating of 1.0. During the IBUYPOWER online invitational Skadoodle dropped an impressive 60 frags over a BO3 vs Team Liquid in the finals. This boost in Skadoodle’s play so close to the major can only bode well for Cloud9’s chances at the major, though they still have a tough road in front of them due to the group they were placed in. While Cloud9 have improved in terms of execution online it is not necessarily true that this will translate into lan performances. The next couple of lan performances will be quite telling in regards to the ceiling that this iteration of Cloud9 can reach and I recommend that you tune in and keep track of Cloud9’s progression, or failure, on the international stage.

These two players were then put side by side with the likes of Nitro, Hiko and Elige forming the team in NA with the highest skill ceiling. However it was not all sunshine and glitter for Team Liquid when this lineup was formed, it was clear that there were some questions that still had to be answered in regards to this lineup and some of the answers have not been that pleasing.

Team Liquid’s struggles to form a team dynamic that can help them win games is something that can’t be looked over. They are currently ranked 7th in ESEA pro league and with 3 out of their remaining 5 matches versus top 5 ranked teams it is a very real possibility we will not see Team Liquid at the lan finals. These online struggles in the ESL Esea pro league can also be attributed to the struggles of key players within the roster.

Before these roster moves were made Koosta and Nitro were considered some of the most electrifying players in North America. Koosta was constantly lighting it up online and was regarded the hottest talent available in the North American market and Nitro was lighting up some of the best teams in the world on Lan and vying for the position of best player in North America. However once the roster moves came about the fairy tale seemingly all fell apart for both nitr0 and koosta. Nitro has noticeably struggled, failing to generate the same level of impact he would before these roster changes occurred.

At times Nitro has disappeared over BO3’s and even whole events. During the MLG Columbus major qualifier Nitro finished the event with a .98 rating, and was one of the obvious players to look at who underperformed when compared to the level they usually approached. When Liquid faced off versus Cloud9 in the finals of the IBUYPOWER Invitational he failed to end any of the maps in the BO3 with a rating over .8. Before these roster moves were made Nitro was dropping 35 frags on a single map versus the best team in the world, but ever since then he has gone missing.

The same applies to koosta who has failed to reach even close to the level of impact that he used to put out when he was back on Selfless. However these struggles haven’t touched every player on the team, a player like S1mple has showed off the talent that got him the spot on Team Liquid in the first place, and Elige and Hiko have had their moments as well. However in order for Team Liquid to reach the ceiling that they have been billed to have then it is imperative that players like nitr0 and koosta show up on the server.

Whether nitr0 and koosta’s struggles are due to team dynamic or other internal factors remain to be seen. I don’t think it is time for Team Liquid to push the panic button whatsoever as it has been a short level of time since they have come together as a team and they had massive question marks that would require time to fix. This Team Liquid roster’s story will no doubt be a long one, a story that will take place over a few lan’s before we can truly tell whether it’s a horror story or a fairy tale.

As this era of Counter Strike began for NA it appeared that CLG had a clear path to becoming the best NA team. Their competition in NA had a large amount of question marks that led most analysts to believe that CLG would take the time to claim the top spot. Team Liquid had a large skill ceiling but a similarly large pool of questions in regards to their team dynamic and Cloud9 had replaced their in game leader with a up and coming player with a clear disregard for cerebral play. In context the only roster change CLG had made was upgrading FNS with a player who excels in a similar role yet has a higher skill ceiling. Another impressive move that CLG made was changing their in game leader from Cutler to Pita and thusly taking the pressure off of Cutler. With this apparent jump in skill ceiling for CLG it seemed they would easily grasp the top spot in NA and at their first lan they had quite an impressive result taking 2 maps off of Envyus and beating Gamers2 in a BO3. However from that point on it seemed everything went downhill for CLG.

At the Major Qualifier’s CLG struggled quite heavily, losing to Splyce and barely coming away with a BO3 over Vexed gaming to qualify. Afterwards from that point on CLG struggled in online Counter Strike as well. They are currently sitting at 10th place in the ESEA ESL Pro league with only 3 weeks to go, making it highly unlikely they make the lan finals. While it is true that CLG has been a team that usually performs better at lan than online they have never actually struggled online to this degree before as currently they are in relegations tier in the ESEA ESL Pro league. It is true though that CLG has also shown flashes of brilliance online recently, most noticeably winning 4 maps out of 5 this week over Tempo Storm in Cevo Qualifiers and the IBUYPOWER Invitational. Going into this major CLG has perhaps the best opportunity they ever have to get out of the group stages thanks to Envyus’s struggles, but it also comes at the time where CLG is at one of the lowest points they have ever been at.

Going forward the key player to watch for CLG is Cutler. While JDM has been a monster for CLG over the last few months the team has also let him down in regards to firepower. Tarik has been inconsistent to poor on lan and has failed to live up his billing as a star on lan. However now that Cutler has been taken out of the IGL role that he was thrust into in the previous iteration of CLG it remains to be seen whether or not he can regain the form he had established in the past where he emerged as a consistent threat game in and game out. The key to CLG’s success over the next few lan’s lies on Cutler and whether or not he can step up and assist JDM when facing top European teams. As we go forward into the next cycle of international lan’s I recommend that you keep an eye on the development of CLG as a team and whether they can live up to the expectations that they came into this year with.

The next 2 months will determine a lot about how the history books of Counter Strike will end up judging the previous iteration of the NA shuffle. While it is wholly unrealistic to judge the complete potential of CLG, C9, and Team Liquid solely off of the last few months of online results and 2 Lans it doesn’t mean that some conclusion can’t be drawn up about the state of those teams and the outlook for them going into the next few lans.