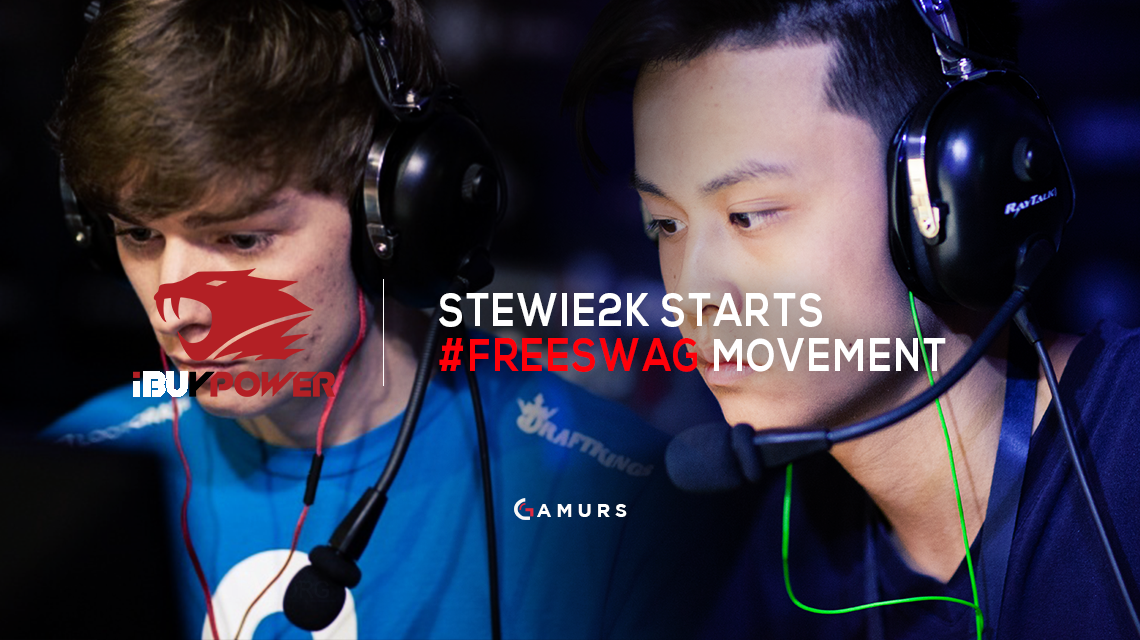 Jake “Stewie2k” Yip of Cloud9 has started a movement on Twitter to un-ban Braxton “swag” Pierce. Using the hashtag #FreeSwag and by not equipping in-game CS:GO skins, people can show their support for his unbanning. Although the hashtag has been used for years, its more significant now because players in the Counter-Strike scene are beginning to stop equipping skins.

I’ll be using no skins to support brax these next few LANs #freebrax ????

This news comes several years after four players of the iBuyPower Counter-Strike team were banned from Valve-organized tournaments. Sam “DaZeD” Marine, Keven “AZK” Larivière, and Joshua “steel” Nissan and swag were permanently banned because of their skin-profiting from their match versus NetcodeGuides.com. The match fixing scandal has left a soured reputation with the organization because of their “throw.” Memes have also been made such as “iThrowPower” to commemorate their banning.

Swag is popular for being North America’s best young talent. Clips of swag’s talent can consistently always be found on Reddit with highlights from ESEA Rank S matches. His intellect, in-game knowledge, and raw aim is definitely at the highest tier of competition in the North America region.

There have been several advocates in the past for unbanning iBuyPower, but the majority of those arguments have been concentrated for Braxton Pierce’s unbanning. With Pierce being the youngest from the former iBuyPower roster, there’s a valid case for his un-ban because of him being peer-pressured into the match-fix.

What are your thoughts on unbanning the banned iBP squad? Let us know in the comments below or by tweeting us @GAMURScom.