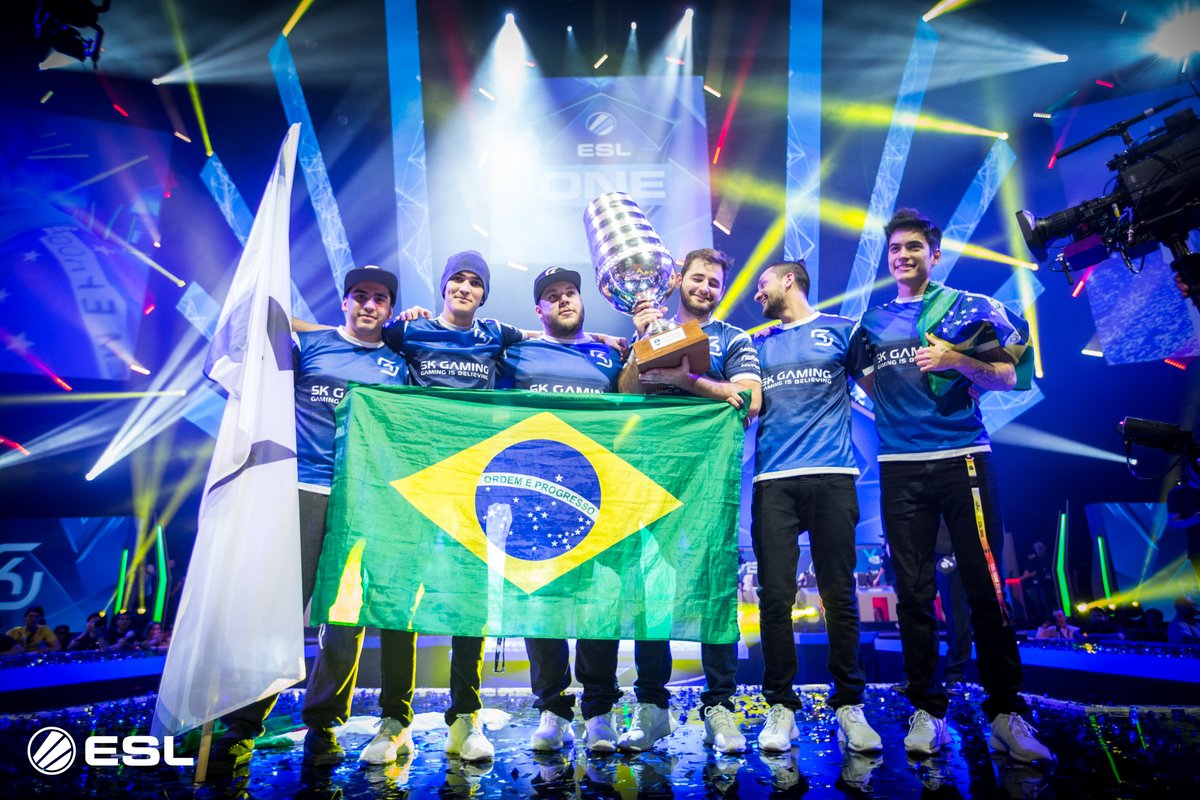 I am partial to the idea that the nature of competition is an incessant and dynamic ebb-and-flow. This constantly shifting ether of victory will slow down to a glacier-like crawl for the most legendary teams as they reign on top for what feels like a lifetime, whilst for others they’ll spark to the absolute peak of their powers one moment and be gone the next.  The Luminosity/SK roster have for the better part of 2016, been the depressant that has slowed this ebb and flow to a limping plod, as they’ve claimed more gold than their Aztec ancestors. However, a break in tournament play and a period of inactivity has catalysed movement within the top end of the scene as a newly invigorated s1mple playing in fluorescent yellow rather than baby blue, and a vintage form recapture from Virtus.pro, have staged a successful coup d’état. EPICENTER 2016 will be the staging point for SK to prove that their loss in New York was either nothing more than an initial Le Chateliers principle-esq change to the system of competition, or the punctuated end to a 2016 dynasty.

Despite what their ages might lead you to believe, Virtus.pro are by no means the down-and-out veterans heading into EPICENTER; rather, they are forming one part of a deadly duet with Natus Vincere that looks to make SK’s achievements earlier in the year mean nothing more than historical pedigree. They are currently in the transitionary stage of doing what their online form at the start of 2016 would lead you to believe was impossible – becoming the number one team in the world. Both Janusz “snax” Pogorzelski and Filip “NEO” Kubski have consistently been the driving force behind Virtus.pro’s ascension, with snax even picking up the AWP in frequent fashion and exercising his own unique style of duelling domination with the sniper. A best-of-three win over Na`Vi and poor-finish by SK would cement them in this spot, and not only prove all the critics of their steadfast roster swapping ways, but also complete one of the most enduring and poetic CS:GO story arcs.

The second would-be executioner for SK’s end is Na`Vi. With their first 250k+ tournament win under their belt, the CIS boys have slain an asterisk next to their placing amongst histories best. Oleksandr “s1mple” Kostyliev played up to the elevated expectations of the community for the whole tournament bar the Grand Final, were Ladislav “GuardiaN” Kovács stepped up in transcendent fashion to secure his team the win. The Na`Vi roster has by far and away the highest skill ceiling in the world. Whilst SK and Virtus.pro are both incredibly talented teams, the world has seen what they can achieve when they’re firing on all cylinders. As for Na`Vi, well, who knows? They have a roster where every single player, at any point in time, can take over the game. Although s1mple is the superstar of the show, people forget Ioann “Edward” Sukhariev and Denis “seized” Kostin’s solid run of form in all the LANs from MLG Columbus right up until and including ESL One: Cologne 2016. Their roster is so brimming with skill that the limiting factor for their growth will not be with any in-game issues, but rather in the heads and chemistry of the players. With their top four finish at ELEAGUE and win at ESL One New York, another victory in Moscow over VP and SK could make a serious case for their first taste at the number one spot.

With their first 250k+ tournament win under their belt, the CIS boys have slain an asterisk next to their placing amongst histories best.

What about poor old SK? Inactivity caused by ear surgery and contract controversy has drastically slimmed down their once voluptuous resume of wins. Although their victory at Cologne is so draped in regalness and pedigree that it still keep them in the conversation for the number one spot, there are two assassins lurking in the shadows with blades sharpened by their own victories across the globe. Defeat to either one of them in a Bo3 will potentially jeopardise their chance at retaining the crown; however, beating SK is still easier said than done. There is a reason why they are on the Mount Rushmore of CS:GO teams and have back-to-back Major titles. SK’s reign is unassailable, just like VP and Na`Vi, every player can take over the game from any angle, at any time. Their perfect blend of tactics and loose play is only matched by an Avant Garde approach to studying every pixel of every map and learning the approach of their opponents better than they do. However, the ebb-and-flow of competition stops for no one, and with their Bo3 loss to VP in New York, a chink in the armour has been shown.

Whatsmore, even though Na`Vi and VP are the ones most biting at the bit to take forth the CS:GO crown, there is a herd of dark horses riding off the crest of their results at the StarLadder StarSeries Season 2 Finals. Both Ninjas in Pyjamas and G2 Esports placed first and second respectively at StarLadder, but have either been inactive or placed poorly online and at recent events, with the Frenchman losing to OpTic Gaming in New York. Team Dignitas are also dangerous to play upset to any of the teams present with their wide-ranging map pool and resurged form in all players, Dignitas could drastically change the set-up for the playoffs.

The battle for the crown in Moscow will make for one of the most exciting events of the year, and results earned here will play a massive role in deciding how teams finish 2016.

What are your thoughts on SK Gaming’s current reign being in jeoprady? let us know in the comments below or by tweeting us @GAMURScom.

Want to learn more about Le Chateliers principle from a high school student receiving a  solid B- in his senior chemistry course? Follow him here – @max_melit