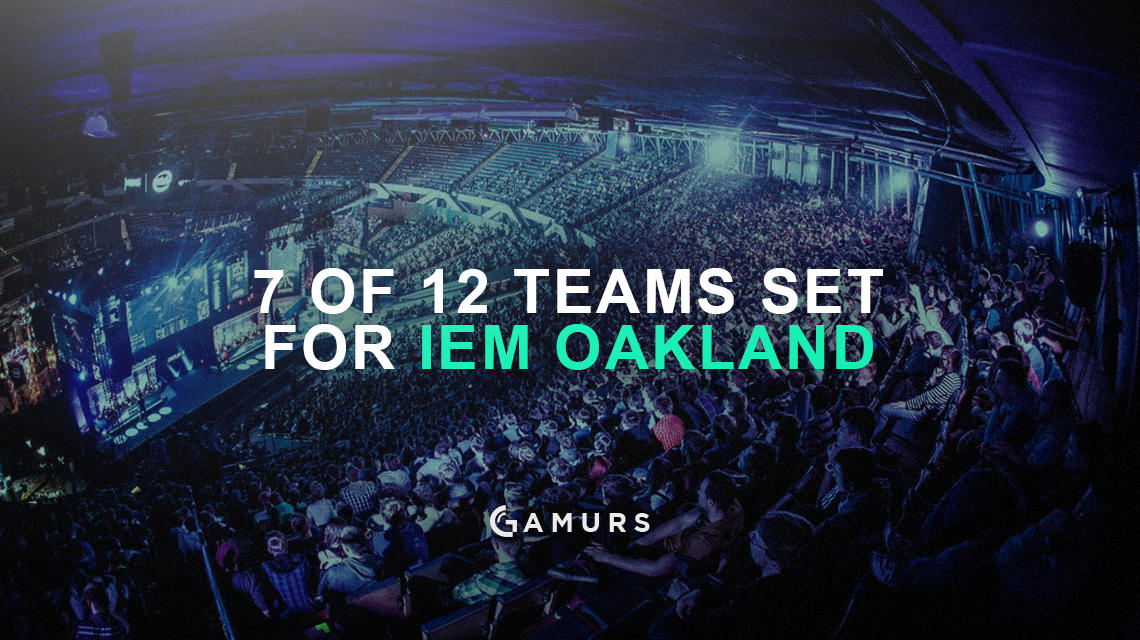 For the third consecutive year, Intel Extreme Masters returns with yet another Counter-Strike event. The location of the event will be in another part of the Golden State. From Nov. 19-20, Oakland, California will host IEM Oakland inside the Oracle Arena. There will be a total of 12 teams in attendance, and so far, seven have been confirmed. The confirmed teams, with their rosters, are as follows:

Five more teams have yet to be confirmed for IEM Oakland 2016, and they will be announced as soon as they are released by the tournament staff. There will be two six-team groups and only four of the teams in the group stage will advance to the championship bracket of the tournament. Other teams that I believe may also be in attendance could be:

What do you think about the teams already announced to be attending IEM Oakland? Let us know by commenting below or tweeting us @GAMURScom.