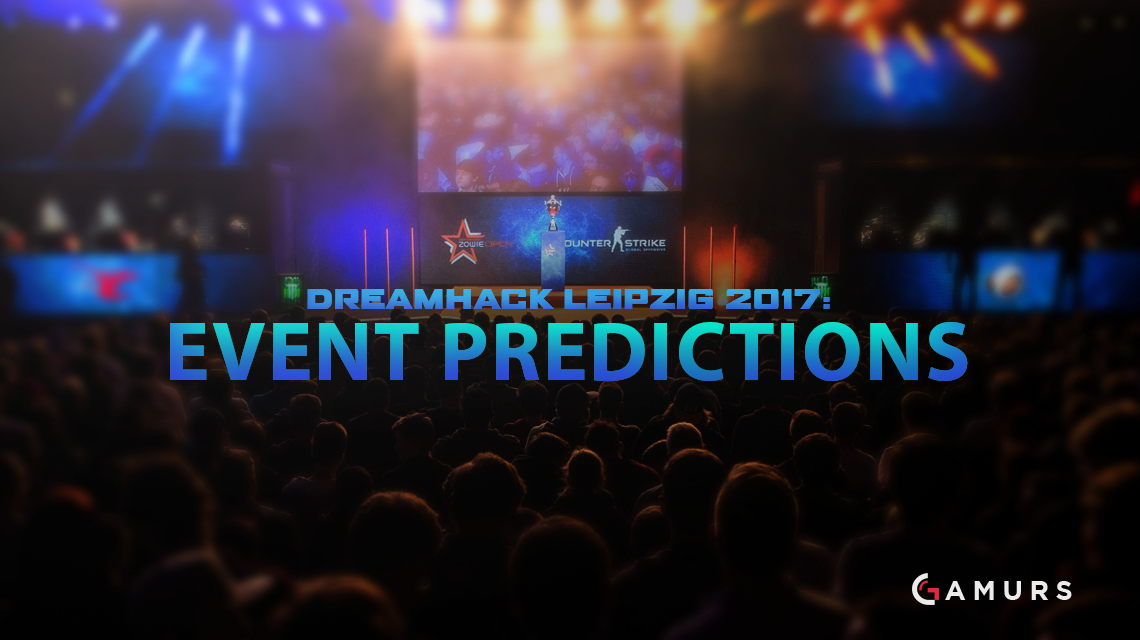 The first edition of DreamHack ASTRO Open approaches this weekend, which will see eight top teams compete in Leipzig for their stake of $100,000. With the teams and groups public knowledge, we thought we’d share some of our predictions of how the event will play out and who will walk out as the champions.

First place was a toss-up between recent ESEA Global Challenge victors Rogue and the ever-strategical FlipSid3 Tactics (F3), though realistically, any of the attending teams could win the event. My reasoning for Rogue is, firstly, that they are in a nice streak of form, having just won an ESEA Finals that featured teams of a similar caliber that they’ll be facing in Germany. The team looked inspired at the Global Challenge Finals and looked unstoppable for the respectable French lineup of LDLC. A large reason why I peg Rogue to win this event is that we’ve seen more of them since the Christmas break compared to the other teams attending, which makes it hard to gauge the form of teams, such as F3 and Heroic, approaching Leipzig.

First place can go to a whole spectrum of teams in Germany, with the event showing a rare level of competition since there is no team that will more-than-likely take the crown, like tier-one events often show. Should they continue the level of play they exhibited in the Mountain Dew League finals, I wouldn’t be surprised to see Rogue take another trophy this weekend.

F3 is undoubtedly the most experienced lineup that will be playing this weekend, and they are the only team in Leipzig that will attend the ELEAGUE Major. We’ve not seen much of them since the Christmas break, and even before then, they didn’t look in the best of form leaving DreamHack Winter in the group stage. Still, it’s hard to deny they are the most well-oiled machine attending and should be able to outclass a lot of the less experienced teams through team play and the kind of preparation you’d expect from a team less than two weeks away from a major.

The DreamHack Masters Las Vegas Qualifiers were the last time we saw F3 play, and they looked strong against a powerful FaZe lineup, stealing one map from them and putting up a respectable fight in the third. F3 should win this, but we’ve seen such little from them recently that I just don’t think they will.

Like all the teams, Heroic has been quiet over the Christmas period. Their most recent game gives us a glimpse of what to expect as they battled FlipSid3 in the aforementioned Vegas Qualifiers just two days back. Fighting FlipSid3 in a best-of-three, the series was close, like you’d expect from two teams of similar ability, before F3 managed to claim the win. In all maps though, both teams reached double-digit round scores and there were no one-sided affairs. If Heroic was in the state they were in shortly after their inception, I’d say they were the favorites, but they’ve fallen a little since their Power-LAN 2016 victory over the likes of Astralis and Team Dignitas.

Heroic is a very talented group of players and certainly hold the means to win, should the key players on the teams above not turn up. With their roster and form depleted since the player-owned organization was created, however, I don’t believe they’ll reach the final.

Masterminded by the revered Belgian captain Kevin “Ex6TenZ” Droolans, LDLC was one of the teams Rogue defeated to claim their Global Challenge trophy. Reaching the final of a tournament only days before they appear in Leipzig bodes well for the team, whose star player, Antoine “to1nou” Pirard, shone particularly bright, suggesting that the team certainly has what it takes to make it far this weekend.

I see them getting out of groups ahead of qwerty and Fnatic Academy, but after that, the level of competition will be too stiff for the team to defeat, hence why I see them placing in the top-four.

Out in groups – qwerty

Not much can be said about the new home of Mikail “Maikelele” Bill, as they are still an untested lineup. Individual skill doesn’t seem to be particularly good on the team, with Bill being the standout player by quite a large degree. He can certainly push his team to the playoffs as his performances with the legendary NiP were far from poor recently, but I can’t imagine them beating LDLC or Heroic to a top-two spot in their group.

Out in groups – Fnatic Academy

Fnatic shares a similar story as qwerty. Both are capable teams but both find themselves in a group that is also inhabited by LDLC and Heroic. Due to there only being two who make it out of the groups, it doesn’t seem feasible that Fnatic Academy can be one of those.

An interesting player to watch from the team will be David “jayzwalkingz” Kempner, who raised eyebrows with his spectacular performance under Crowns at the last ESEA Global Challenge, picking up 41 kills in one map that only went 26 rounds with Echo Fox.

Out in groups – Vega Squadron

The CIS team comes into the tournament with some infamousy after causing the final of NiP’s losses, which prevented them from reaching the ELEAGUE Major. Their best-of-one win over the Swedes showed that the Squadron could pull wins out of seemingly most games, but they have little else on their resume to suggest they can beat the likes of BIG, F3 or Rogue in a best-of-three. I don’t think they can make it out of the groups, but a win against NiP shows one thing: don’t count these guys out.

Out in groups – BIG

It pains me to have to predict BIG not making it out of the groups on home soil and at their offline debut, but due to the layout of the groups, it’s what I see happening. FlipSid3 and Rogue are my picks for who advances from Group B, leaving no room for the recently-formed BIG. The team’s official debut went well, however, with a three-map encounter with mousesports not only going the distance, but consisting of contested maps. The team is made up of an abundance of talented fraggers and leaders too, so hope isn’t lost for the team. It’s just yet to be seen if the early days will yield either success or if their lack of practice together will shine through.

Who do you think will win DreamHack Leipzig 2017? Let us know your thoughts by commenting below or tweeting as @GAMURScom.