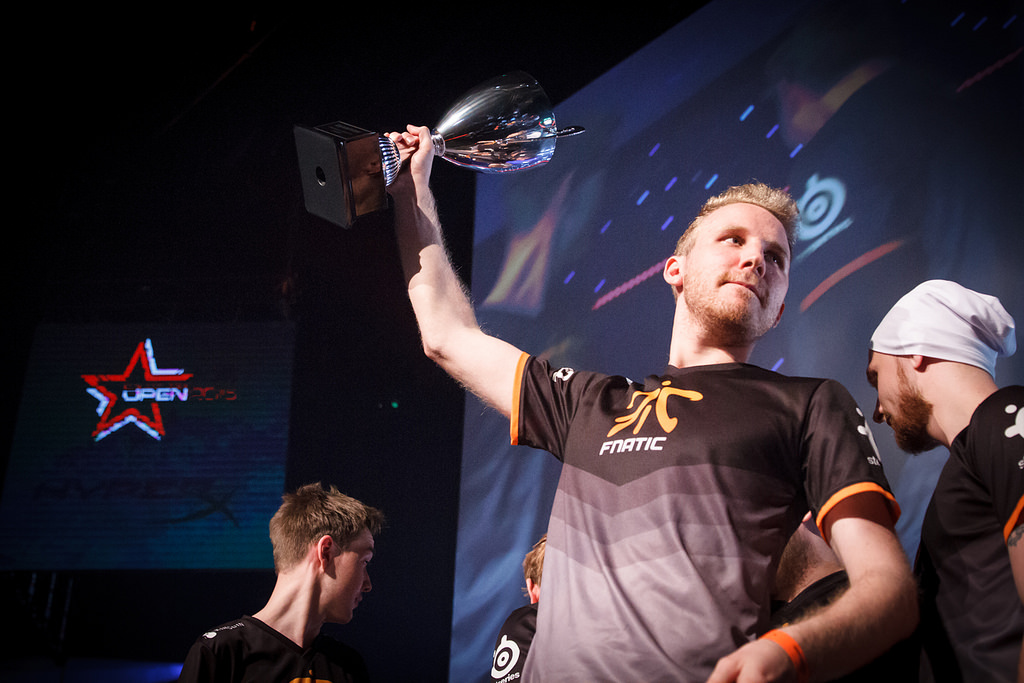 “I don’t think I’m the best, but I also don’t think there is anyone better.” – Olof “olofmeister” Kajbjer Gustafsson.

For a brief two month period from Sept. 2015 to Nov. 2015, Fnatic did not rule the world. They were just one great team among many against the likes of Team EnVyUs, Astralis, Na`Vi and Virtus.Pro. Olofmeister had finally started to fall off from God form and, for the first time in a long time, Fnatic looked mortal.

All of this culminated in a surprising roster move on Nov. 11, 2016. Fnatic announced the departure of Markus “pronax” Wallsten from the line-up. Many were skeptical of the move, as he was one of the world’s best in-game leaders at the time and, while Fnatic was on a downturn, the results didn’t necessitate a change. In the end, pronax had lost motivation and no longer wanted to continue, so the team recruited Dennis “dennis” Edman.

Yet no one understood exactly how they did it. Man for man they were an incredibly deep lineup and the most skilled in the world, but there were plenty of teams that were of comparable skill like EnVyUs, Astralis, Na`Vi and Luminosity. Their team play was incredible, but not so much so that anyone could have predicted their winning six events in a row.

Yet none of that matters. At the end of the day, once it got to the later stages, the later games, the later rounds; when it was all on the line, when the pressure was at it’s highest, they won. They were champions and they could play anyone on any map on any side and find a way to win. One of the biggest factors of their success: Olofmeister, the consensus best player in the world. The King of CS:GO.

At the height of their powers, when everything seemed to be going their way, when they were about to cap off their dynasty with a Major victory, tragedy struck. Olofmeister sustained injuries before MLG Columbus, the biggest CS:GO tournament to date, yet they couldn’t afford to play without him. So with an injured Olofmeister in tow they tried to win the tournament, but were defeated and eventually eliminated by Astralis.

Afterwards, Olofmeister took a break to recover from his injuries. On June 13, he returned from his two month hiatus. His first challenge was to play at E-League. Yet the question remained on everyone’s mind: Was he ready? Could he play at the same level that he was at before the injury? Would the King return? Would Fnatic come to reclaim their thrones?

It was almost like he never left. Without Olofmeister, Fnatic was struggling in online games to even retain a shadow of their former selves. With him not only did they regain the strength of one of the world’s most skilled players, but Olofmeister’s very presence has made every player on the team play even better than before. At E-League his performance varied a little in the group stages, but once it got to the playoffs, Olofmeister turned it on by putting on great performances against both Team SoloMid and FaZe Clan. The most notable thing he did was single-handedly beat FaZe on Fnatic’s T side on cache to secure them the first map victory in the group finals.

The scariest part of all of this is that Olofmeister still has another gear to go. He can still get better than this. Olofmeister has returned and he wants his crown back.

So the question is, how does he get his crown? It’s actually a simple answer. There is no divine right, lineage or election. In eSports there is only one way to get it, and that is trial by combat. In the time Olofmeister was gone many players have risen up to challenge for that throne of best player in his absence. They include:

This is the hit list of everyone Olofmeister must destroy. E-League was just a warm-up. The real test begins at ECS Finals and ESL One Cologne. At ECS Finals, coldzera, FalleN, NiKo, s1mple, shox, dev1ce, Kjaerbye and GeT_RiGhT will all be in attendance. Everyone but Kjaerbye will play at the Major.

The battle is set. We will soon see Olofmeister battle against the best the world has to offer and see if he can reclaim his Godlike form that dominated the world in early 2016. For his opponents there must be a mixture of emotions. Fear as they must remember how badly Olofmeister beat them in his prime. Awe at the ease of recovery and the incredible depth of skill. And, most of all, anticipation.

No one wants to be the best by default. With Olofmeister back into the mix, they no longer need to fight against a shadow, they get to fight the man himself and prove that they can match him and beat him.

The fight for the crown is about to commence.