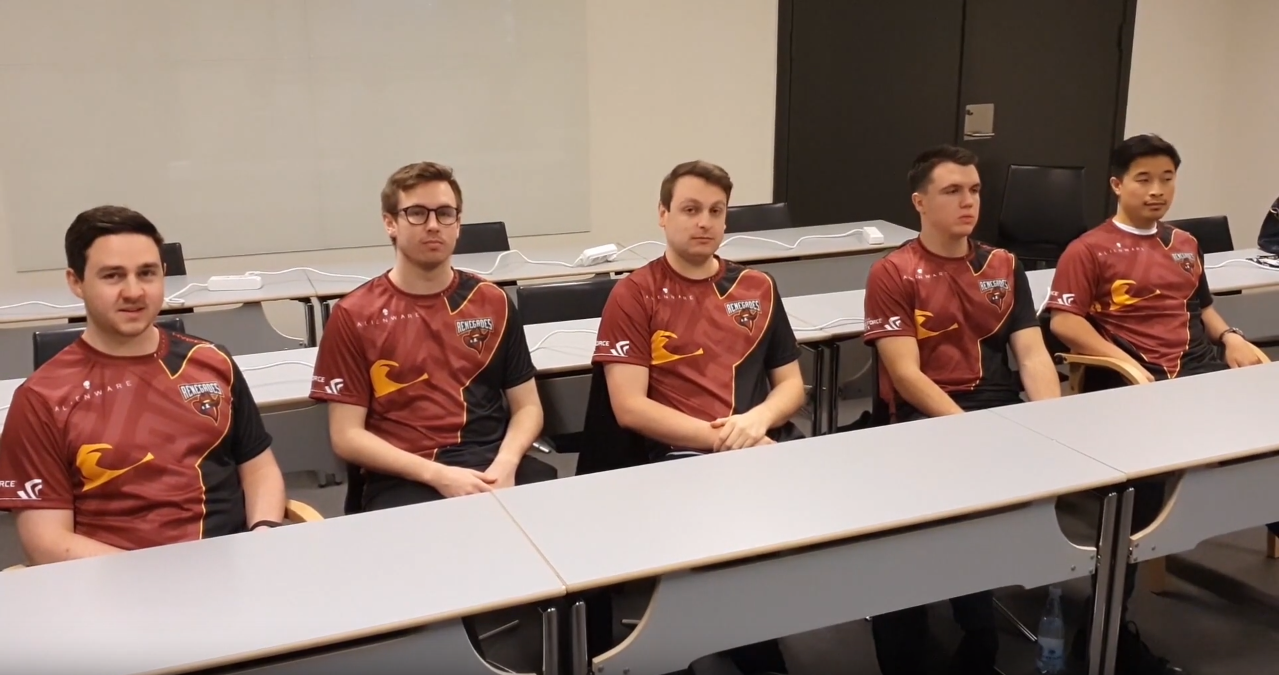 Renegades has returned to CS:GO just one month after its previous lineup was acquired by 100 Thieves. The North American organization signed Grayhound’s lineup today.

Christopher “dexter” Nong, Ollie “DickStacy” Tierney, Simon “Sico” Williams, Joshua “INS” Potter, and Liam “malta” Schembri have been the second-best Australian team for two years. They had been playing for Grayhound since June 2017.

Although dexter and crew haven’t won a relevant LAN tournament yet, they’ve had a regular presence at big international events and attended both CS:GO Majors in 2019.

In the announcement video, malta “talks to” Renegades’ owner, NBA player Jonas Jerebko, and says that the roster will remain in Australia, even though Renegades is based in the U.S.

This lineup isn’t as good as Renegades’ previous roster, but they’re consistent enough to attend LAN events and maintain the organization’s popularity in the Oceania region. The team has a great foundation in dexter, the in-game-leader, and Sico, the AWPer. If they don’t find good results and want to make a roster change, there’s young talent available in Oceania.

Renegades will debut its new CS:GO lineup against Astralis at the ESL Pro League season 10 finals in Odense, Denmark today at 7:30am CT. They arguably couldn’t face a tougher opponent, but Astralis might be tired from the ECS season eight finals, so there’s room for an upset.