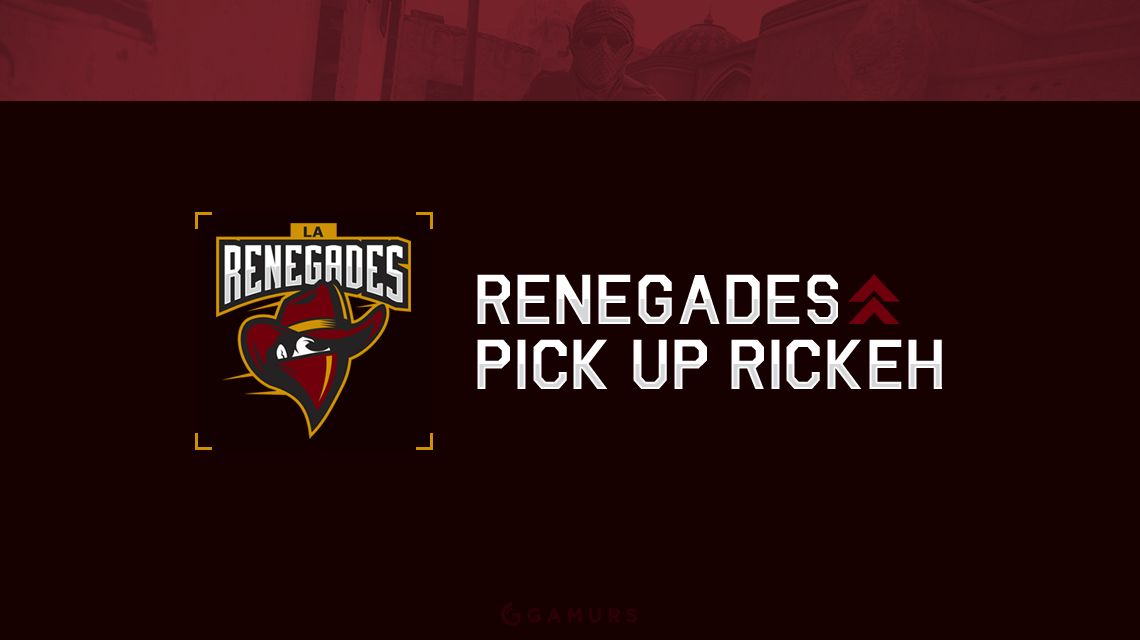 Back on June 17, Renegades star captain, Chad “SPUNJ” Burchill, decided to retire from professional Counter-Strike: Global Offensive. After this announcement, Renegades has been looking for a new player until today.

Rickeh joined Immunity in 2014 and left earlier this year. While playing for Immunity, the team has had some great placings at events. Some of these events include a second place finish both at CyberGamer Premier League Season 4 finals and the Crown Counter-Strike Invitational.

Renegade’s new player will debut on July 13 at the last chance qualifier for ELEAGUE. As stated in MIRAA’s report, this will be the last event the Australian team will be playing under the name of Renegades.

Renegade’s new roster is as follows:

How do you think Renegades will do with this new roster? Let us know in the comments and make sure to follow us on Twitter, @GAMURScom, for live coverage and other esports content.