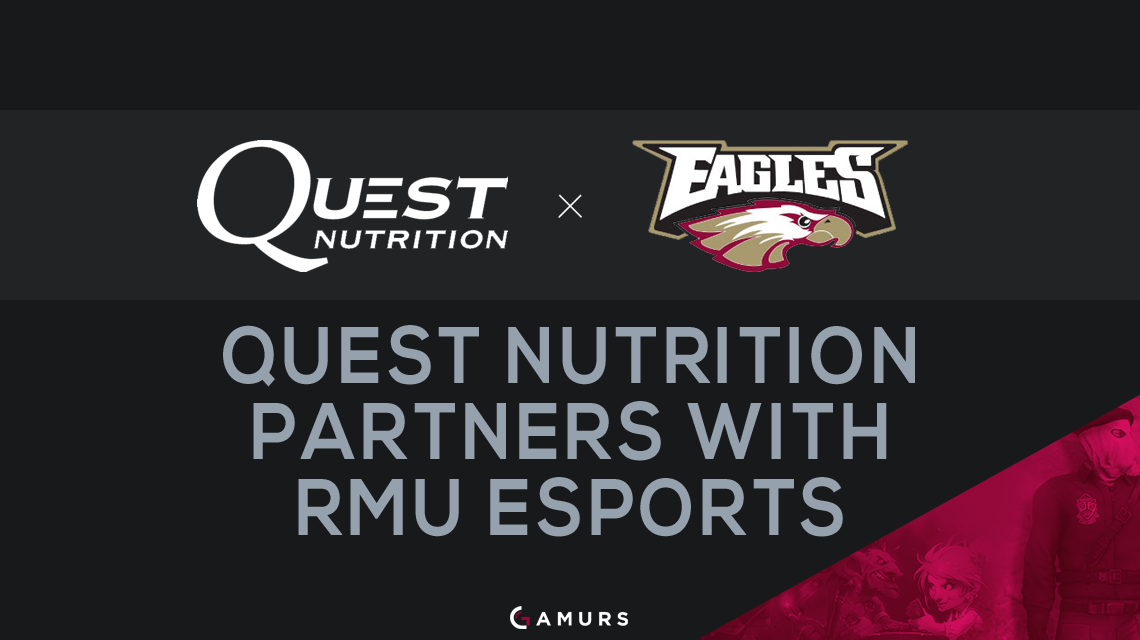 Professional atheletes in esports need to stay in shape just as much as traditional sports athletes. A common problem for esports athletes who do not stretch whenever they have the chance is carpal tunnel, which is caused by the inflammation of the tendons found in the carpal tunnel. Of course, a complete and healthy diet is also key in maintaining your spot as a video game champion.

It may now become easier for esports athletes to get the nutrition they need — at least top-level collegiate athletes. Quest Nutrition and Robert Morris University esports have announced a sponsorship to “encourage top-level collegiate athletes to live a healthier lifestyle through nutrition.” The sponsorship will encompass all of RMU’s eSports teams as well as supporting all of their 75 competitive gamers.

Quest Nutrition’s CMO Nick Robinson claimed that they are “honored to be part of Robert Morris University’s revolutionary esports program” as well as stating that “In a sport where milliseconds mean the difference between winning and losing, what you eat is vitally important.”

Apart from providing Quest products to the players, this new partnership will also give them “nutritional guidance” to help the players perform at peak capacity.

Robert Morris University was the first college to provide an esports program to its students as well as offer scholarships to their student-athletes of over $1.5 million for the 2016-2017 school year.

The Eagles, as the esports team is named, have achieved massive success in collegiate eSports and have seen continuous success in League of Legends. The team pulled a second place finish at the University League of Legends (uLoL) competition during the 2015-2016 school year.

Was this a smart move for both RMU and Quest? Will more colleges venture into esports and nutritional partnerships? Let us know in the comments below or on our Twitter – @GAMURScom.