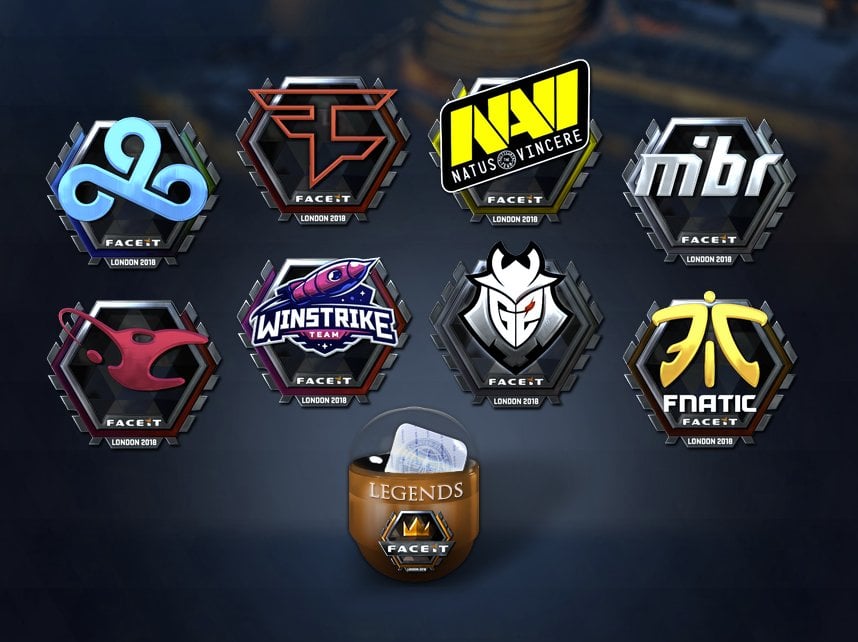 The next stage of the FACEIT London Major begins on Wednesday Sept. 12, with eight new legends and eight returning legends set to face off on CS:GO’s biggest stage.

There are 16 teams remaining in the 13th Valve Major in Counter-Strike history, and the playing field is looking much more intense after eight teams were sent packing last week. So given the talent pool left in the Major, it may be a little difficult to decide which teams to put in your in-game Pick-Em Challenge. These power rankings will help you navigate the game’s most popular challenge for CS:GO fanatics.

The Pick-Em Challenge is an in-game test of whether you can decide which seven teams will advance to the next stage of the Major, which one team will have a 3-0 record, and which one team will be eliminated with an 0-3 record. To learn more about the Pick-Em, check out Valve’s FAQ page, which has everything you need to know about the challenge.

Astralis and Natus Vincere seem to be the easy choices for your 3-0 pick because they’re ranked as the two best teams in the world, but they’re facing off in a first round best-of-one. It’s better to go with either Team Liquid, MIBR, or even FaZe Clan, since they’re favored in their opening matchups and they usually perform well in GSL-style best-of-ones. If you’re feeling risky, you can also select Mousesports or Ninjas in Pyjamas, who are also pinned against one another in round one of the Swiss Format.

Teams who could advance

Besides the 3-0 teams already mentioned, your advancing contender selection could vary in choices like Cloud9, Fnatic, HellRaisers, and BIG. HR and BIG showed exceptional form in the first stage, while Cloud9 and Fnatic, historically, have done well in previous Majors during the pre-playoff group stage (now known as the New Legend stage).

Winstrike and G2 Esports may have a tough time in this stage because the competition pool overall is way more skilled than the last Major, ELEAGUE Boston. If they lose their first-round game, the losses could slippery slope if they face off against stronger teams like Na’Vi, Astralis, BIG, or FaZe in round two. TyLoo and Vega Squadron could also drop out 0-3 because they barely survived the New Challenger stage with a 3-2 win-loss record, following their round five, best-of-three wins.