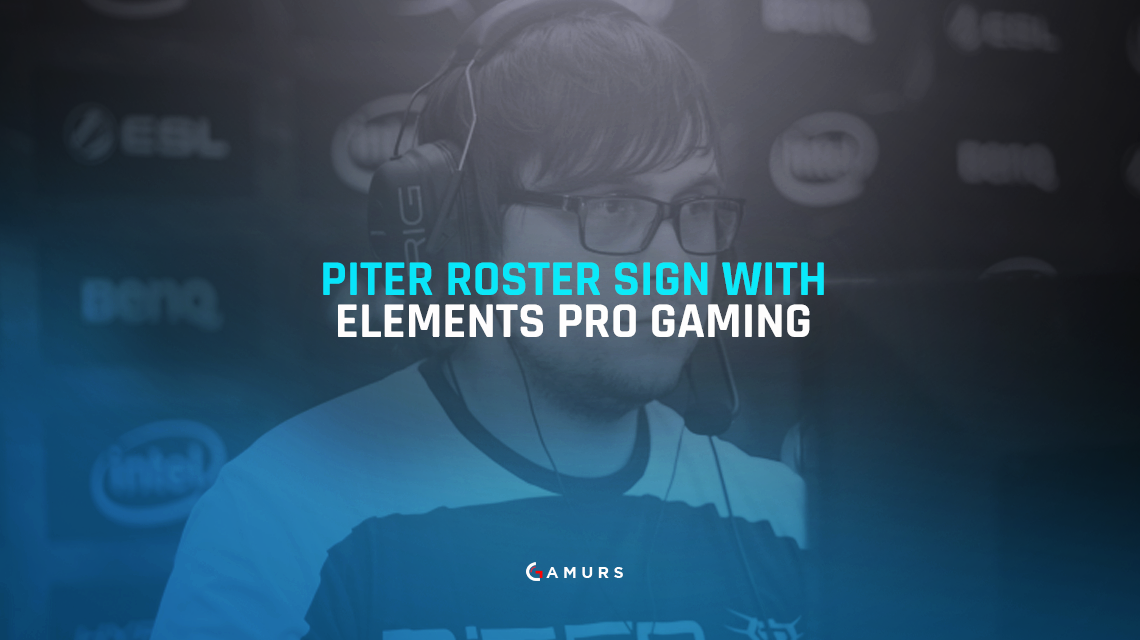 After the Russian Team Preparation dropped support for their team, the roster went on to play under the name of PiTER, an organization that has been around since 2015. After that, Vladislav “El Patron” Kopitin was brought as a replacement for Nikita “waterfaLLZ” Matveyev and talks of a deal with a new organization began spreading.

It was announced today that the ex-Preparation roster has signed under a new organization by the name of Elements Pro Gaming. Elements also has a Dota 2 team who most recently placed top-eight at the ProDotA Cup Europe #12 on Nov. 18.

In an interview with HLTV, waterfaLLZ said the following:

“I am happy to announce that I will play with my former teammates and good friends again and that, from this day on, we will represent Elements Pro Gaming. It feels really great to represent this organisation, which will help us to improve and give everything we need. We are all very motivated and we will give our best.”

Their first game with their new organization will be against Singularity tonight in the round-of-16 of the CS:GO Champions League Season 5. The roster is as follows: