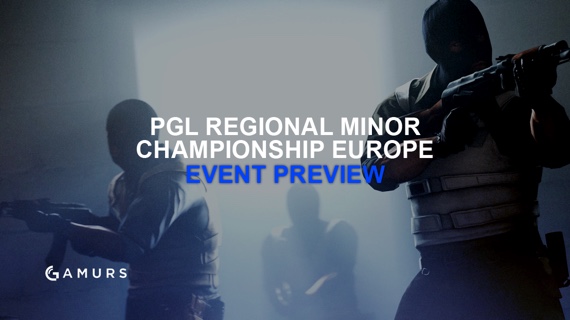 Majors are the biggest events in all of Counter-Strike. Minors typically are an exhibition of lower level teams, but this time, the minor has more meaning since ex-Fnatic players and the rising Heroic team will be competing for a spot in the Major Qualifier.

The format of this event features a best-of-three double elimination. There are two groups with four teams in each of them. The top two teams, after competing in the bracket, will play in the Major Qualifier, which will take place from Nov. 4-6. Not only is a chance to qualify for the major at stake, but there is also $50,000 in prize money on the line.

GODSENT, given the history of their players, should come out on top of this group. However, their recent results would say otherwise. GODSENT lost out to aTTaX and failed to qualify for ELEAGUE. Whether or not they go to the Major Qualifier will determine how long this team stays together for.

The big name in Space Soldiers is Ismailcan “XANTARES” Dörtkardeş. He is touted as the best Turkish player and frequently appears as an HLTV.org player of the week. He hasn’t been able to qualify for many LANs because his teammates are not as good as him, and he is not willing to go to another team.

aTTaX has been known as the second best team in a country that doesn’t have a very good team at all. It was a shock to everyone that they would be seen on LAN and even crazier that they would be at ELEAGUE. Not much can be said about them at this time.

Those with only a minor interest in Counter-Strike may remember LDLC for their major victory against NiP in 2014, but that was an entirely different team. What is now known as EnVyUs contains most of the players involved in that run, while LDLC contains known of them. This team was not even thought of until two of their players got brought onto EnVyUs and G2, while Ex6TenZ joined LDLC. Since then, we haven’t seen too much from them, but just last week, they placed second to aTTaX at ESWC 2016. Given that GODSENT and aTTaX are in the group, they should have a hard time making it out.

This team has made a big leap into the scene. They were ranked 10th in Thorin’s top-10 last month. The loss of Lukas “gla1ve” Rossander to Astralis, so that Astralis could retain their major spot, took them out of the top-10. gla1ve’s replacement is an unknown player, yet the stars of the team should still comfortably be able to move onto the qualifier.

This team had some top-level talent pass through its ranks, but they haven’t been able to form a competitive roster in a very long time. Martin “STYKO” Styk and Vladyslav “bondik” Nechyporchuk are the two most notable players on this team, but not much can be expected from them at this time other than a few flashy highlights.

ENCE was Finland’s best hope for becoming a good Counter-Strike nation again, but that hope soon died away after they failed to achieve anything and their best player, Aleksi “allu” Jalli, left for FaZe Clan.

There has been a lot of buzz around Epsilon over the past few months. William “draken” Sundin had some very good performances on the AWP and Joakim “disco doplan” Gidetun stood-in for NiP. Their most notable results were a top-four placing at the last Gfinity and winning DreamHack Summer 2016.

Tournaments like these often are underwhelming because they are not the highest tier events. However, this particular minor features some high-level talent and numerous storylines. Tune in on Nov. 4 to see all of the action take place.