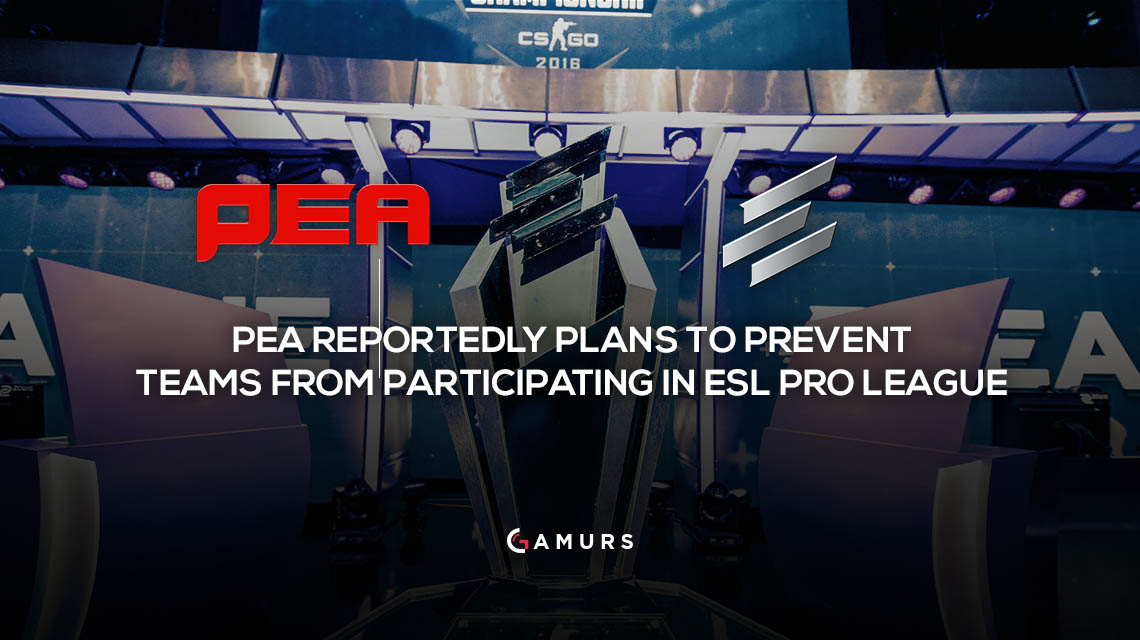 The Professional Esports Association (PEA) plans to block member teams from participating in a competing league, the ESL Pro League, according to a report from Slingshot’s Jarek “DeKay” Lewis.

PEA is a network of North American organizations which seeks security and profit for its teams. Esports is such a new and unstable field, organizations like this try to bring in stability to preserve what they already have, but also to encourage investment from other sources. Figures from mainstream sports have reportedly been very wary about investing in esports because of how unstable it is compared to regular sports

In the NBA, for instance, an owner is guaranteed a spot in the NBA for as long as it exists. They cannot get relegated as team owners can in the LCS, hence the calls in League of Legends by the owners to eliminate relegation and to take advantage of revenue generating sources. Since the owners of those disgruntled LCS teams have struggled to change the LCS, nor can they break away and form their own leagues and tournaments, they have decided to put their plan into action starting with Counter-Strike: Global Offensive.

Earlier this year, the ESL Pro League announced plans to become the first professional esports competition to adopt the regulations of the World Esports Association (WESA). Teams that belong to the WESA are not only allowed to play in WESA sanctioned tournaments, such as the ESL Pro League, but also in other leagues. One of WESA’s main objectives is to fix scheduling issues within Counter-Strike, since so many popular teams have almost no breaks due to the high number of leagues and tournaments. The parternership of sorts with ESL may present a conflict of interests in this area, however, as ESL has a circuit of tournaments throughout the year that WESA teams will likely be expected to participate in, leaving an unknown amount of time for other leagues and breaks. Reception of the WESA has not gone over too well because it would mean fewer tournaments, since tournament organizers, like FACEIT, need to have online leagues in order to generate enough money to host the offline events. WESA absorbed most of the hate from the community, so PEA’s announcement went over much better.

The PEA plans to share 50 percent of its profits with the players of its member teams. As for the PEA barring its members from participating in Pro League, the players are unhappy. According to DeKay’s sources, players are afraid of the “inexperience of the new league,” its possible challenges and, possibly, its chance of failure. While PEA has been received better than WESA, this announcement is likely to garner more hate than love for the team union.

Do you fear that Counter-Strike will be dominated by exclusive leagues? Do you think this is just the solution for CS:GO’s alleged oversaturation problem? Let us know in the comment section or on Twitter @GAMURScom.