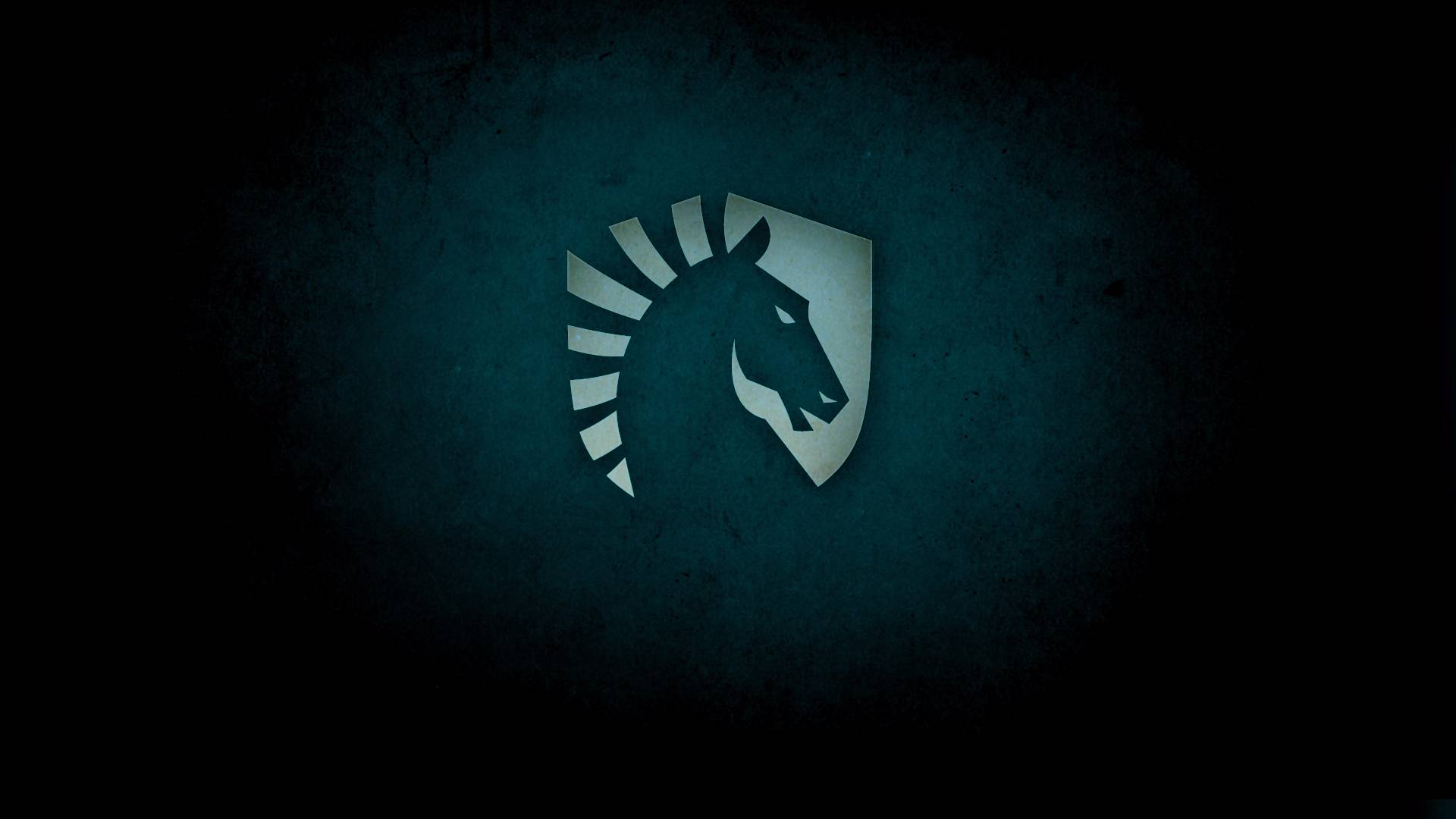 On June thirteenth the organization Team Liquid announced what roster they would be moving forward with for the next two lans, ECS and ESL One Cologne, and what an announcement it turned out to be. Team Liquid revealed that they had pulled off the coup of the century by trading Koosta, their underperforming awper, for JDM, a world class awper and the best player of one of Team Liquid’s rivals in North America. To complement their announcement in regards to JDM Team Liquid also announced that S1mple would be standing in for the next two lan events. S1mple is one of the most explosive players to touch the game today, and the greatest possible option Team Liquid had for a standin. These moves are not something that spontaneously came about, these moves are a result of a steady upwards trajectory that began when Team Liquid signed this denial lineup. Ever since the signing of the denial lineup the moves made by the Team Liquid management have shown why they are regarded as one of the best organizations in all of Esports. Whether it be signing hiko when he found himself teamless, or attempting to pull the scoop of the century by picking up skadoodle and hiko as a package deal, the moves that liquid management attempt to make are all while maintaining a focus on one thing, success. This article is an attempt to look at the current team liquid lineup, breaking it down, and the outlook on it for the next two lans.

With a new lineup also comes a shuffling of roles. In his recent video on Team Liquid’s roster changes Peacemaker confirmed that Nitr0 would be going back into the second man entry role from which he had become the best player in North America and elige would be shifted back into the primary entry role. Over the past year the duo of nitr0 and elige have been one of the bright spots in Team Liquid, and they have finally found themselves back into the roles that made them so deadly on the world stage previously. However despite these shifting of roles there is some worry to be had in regards to this duo. Nitr0 in 2016 has never hit the level that led many to crown him as the best North American player in 2015. Barring one map versus Tyloo Nitr0’s play in 2016 can only be described as mediocre, and moving forward his form will be one of the biggest question marks in this team liquid lineup. Conversely Elige’s level of play is a completely different story. Constantly criticized as one of the more inconsistent players in Team Liquid during 2015 Elige  has come roaring back in the current year and established himself as a consistent presence within the team. His improved play on Counter Terrorist side has led to a large portion of the community regarding him as a top five player in North America, and arguably the better half of the entry duo in Team Liquid currently. Elige provides Team Liquid with a consistent and stable presence in the server, someone the team can look to in order to provide firepower game in and out. Similarly Nitr0 is also someone that this lineup will look to, this lineup will look to nitr0 in order to regain his form of the previous year. Over the next two lans the stability of elige and the wildcard factor of nitr0’s play will play a large role in the successes or failures of this Team Liquid lineup.

Another part of this Team Liquid roster is the North American legend himself, hiko. Widely regarded as the best North American player to ever grace the game Counter Strike Global Offensive, hiko has played a large part in building this roster. His friendship with s1mple drew him in as a standin and hiko’s will to win has caused a lot of the talent within Team Liquid to join the organization, including JDM. However intangibles are not the only thing that Hiko brings to this Team Liquid lineup. While Hiko’s veteran presence on the server will be a great boon to have alongside three youngsters he also brings an extremely stable presence within the server, one that the team can build around. Hailed as one of the best clutch players in the world, hiko is also an extremely stable rifling presence. His days of being one of the top ten players in the world have been left at the wayside in 2013, but do not mistake him for an old man just yet. Hiko can hang with the best of them even in this day and age. Over these next two lans it shouldn’t be looked to for hiko to be the star carry, rather he will simply provide a stability on the server that Team Liquid’s youngsters will have to build around with star level performances.

The American Sniper has found himself a new home, and it seems that he will be lounging on Team Liquid moving forward. Over the past 9 months JDM has not only been the best North American awper but also the best North American player. Providing an extremely strong AWP presence for CLG, he had spearheaded CLG over that same time period, albeit to limited international success. JDM is undoubtedly one of the best awpers in the world, he has gone against some of the best awpers in the world and has managed to represent himself in an extremely respectable manner. With a stable presence on the AWP he can lock down sites on Counter Terrorist side or open up the map on T side with a pick to give the team room to play with. However JDM also happens to be a one dimensional player, while he is extremely effective with the AWP in his hands the opposite applies when he has a rifle in his hands. With a rifle in JDM’s hands he transforms into a toothless tiger, extremely ineffective in terms of fragging power. While he is an extremely one dimensional player in that he can not use rifles whatsoever, he should be fine on team liquid as he is surrounded by a team of strong riflers who will not come in between JDM and an awp. Moving forward for team liquid JDM should provide an extremely stable presence on the server, a stable star level presence that will be able to go up against the world’s very best and not give an inch.

This discussion has saved the best for last, and what a last player to discuss it is. S1mple is the stand in that Team Liquid will be utilizing moving forward for these next two lans. Frequently pointed to as having one of the highest skill ceilings in the game, S1mple is the best possible option Team Liquid had in regards to stand ins. Since s1mple was already contracted there was the bonus fact that it also required no extra effort by Team Liquid in order to obtain him as a standin. S1mples addition to the team for the next two lans brings an extreme wildcard factor into the Team Liquid lineup. Possessing one of the highest skill ceilings in the game S1mple will have the ability to take over the game regardless of the opponent Team Liquid comes face to face with. While hiko and jdm will provide stable levels of performances in game S1mple will provide the x factor that is needed in order to overcome some of the toughest competition in the game. Interestingly enough, S1mple has not only been blessed with ungodly rifling skills but he also possesses incredibly deadly awping skills, and as such will provide Team Liquid with a double awp setup the likes of which only few teams in the world will be able to contend with. Over the next two lans S1mple will play an integral part in the success or failures of team liquid, as he will be the x factor along with nitr0 that the team will look to in order to complement the stability of JDM, elige, and hiko’s play.

How this team will play moving forward into the next two lans is one of the biggest questions in Counter Strike Global Offensive currently. This is not a team designed for the long term, all the questions that matter lie in the short term. Initially it seems like these next two lans are throwaway lans whilst waiting for the mystery rifler to come in. However the skill ceiling that this team already possesses speaks otherwise. This current team liquid team consists of four of the best north american players to play the game, and then has augmented the roster with one of the most skilled players to ever play the game itself. With this type of skill within the team it makes them one of the most dangerous teams to attend the upcoming lans. While it would be incredibly unrealistic to expect them to win these events, as their are some truly world beater level teams that will be attending these events, it shouldn’t be out of the realm of expectations to believe that team liquid could make it out of the group stages and potentially even reach top four at these events. The individual skill is in place and the roles have been set in place effectively in order to maximize the return value of their players, now it is simply up to the players to get into the server and perform.