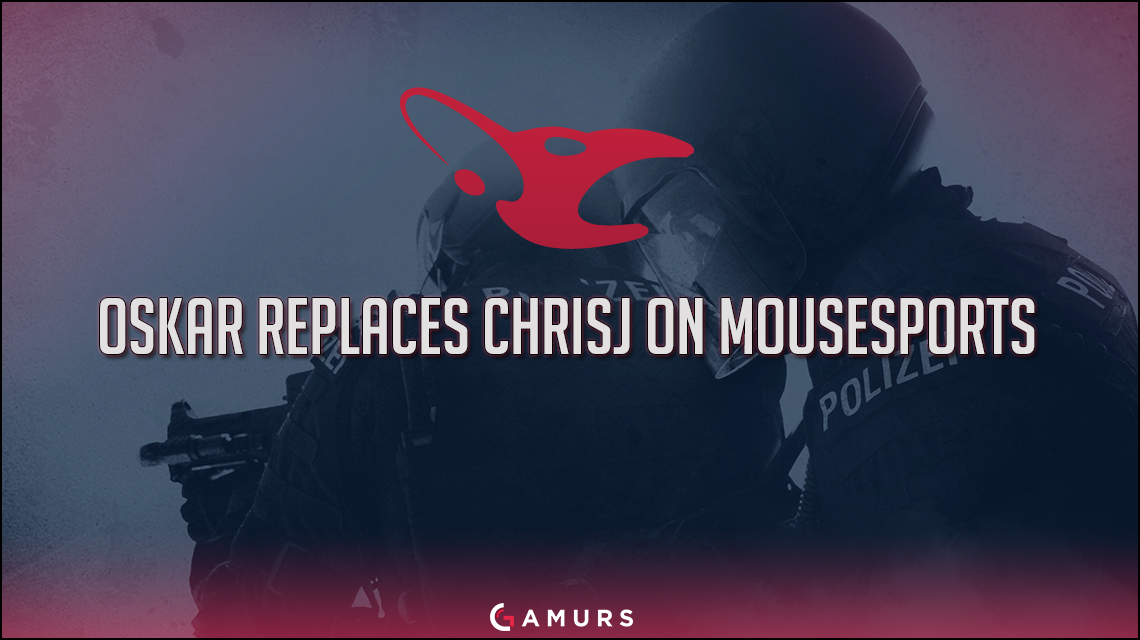 Tomas “oskar” Stastny will replace Chris “chrisJ” de Jong on the mousesports roster, with Chris moving to the bench.

This move comes after mousesports failed to reach the playoffs of the ELEAGUE Major, going 1-3 in the group stages. oskar will step into the same role that chrisJ played in the team.

The organization stated on their website that they had “very solid preparation” coming into the ELEAGUE Major and were disappointed with only one win from four games.

Stastny said on the announcement that he is “finally ready to play CS on a top level again.” The Czech should be able to bring some more firepower to the team, as he was the standout player for HellRaisers when he was playing with them in 2016.

Do you think this change will improve mousesports? Let us know by commenting below or tweeting us @GAMURScom.