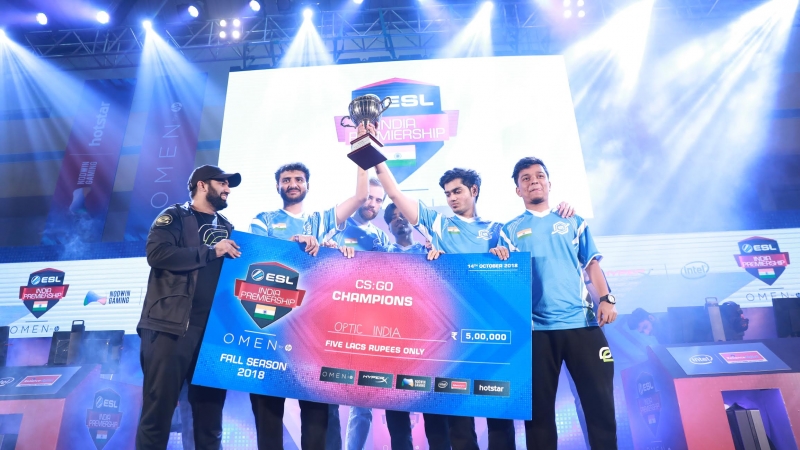 A Counter-Strike: Global Offensive player got his team booted from the eXTREMELAND ZOWIE Asia tournament in Shanghai after being caught using cheat programs during the event.

During a match against Vietnamese CS:GO team Revolution, the game came to a halt for a long break, where administrators investigated the issue. It was determined later that OpTic player Nikhil “forsaken” Kumawat had installed a cheat program on his PC. A video from the event shows the player refusing to let the administrator inspect the PC.

EXTREMELAND officials have disqualified the OpTic India team from the event. Forsaken has been removed from the team and released from the OpTic organization, OpTic Gaming director of international development Jesel Parekh told HLTV.org. Parekh alleged that the other four players did not know about forsaken’s hack program, and “would never have agreed to even play if there was even the slightest hint of it.”

Parekh also apologized to the other teams and organizations at the tournament. “This will be a big setback for the country, and it is really unfortunate that one selfish person is capable of causing this.” Dot Esports has reached out to Parekh for more information.

Forsaken was banned from ESL tournaments for two years in 2017 after receiving a Valve Anti-Cheat ban on a Steam account associated with him. Later that year, ESL and the Esports Integrity Coalition reduced his ban from two years to six months after “persuad[ing] the Integrity Commissioner that […] he had never been the owner under Valve’s Terms of Service of the relevant Steam account”—though he did operate it for some time, according to the ESIC. Account trading is not permitted by Valve, which is still a breach of the Steam Terms of Service.

Forsaken joined OpTic India in June when the team was formed as a way to support growing and underserved CS:GO regions around the world.