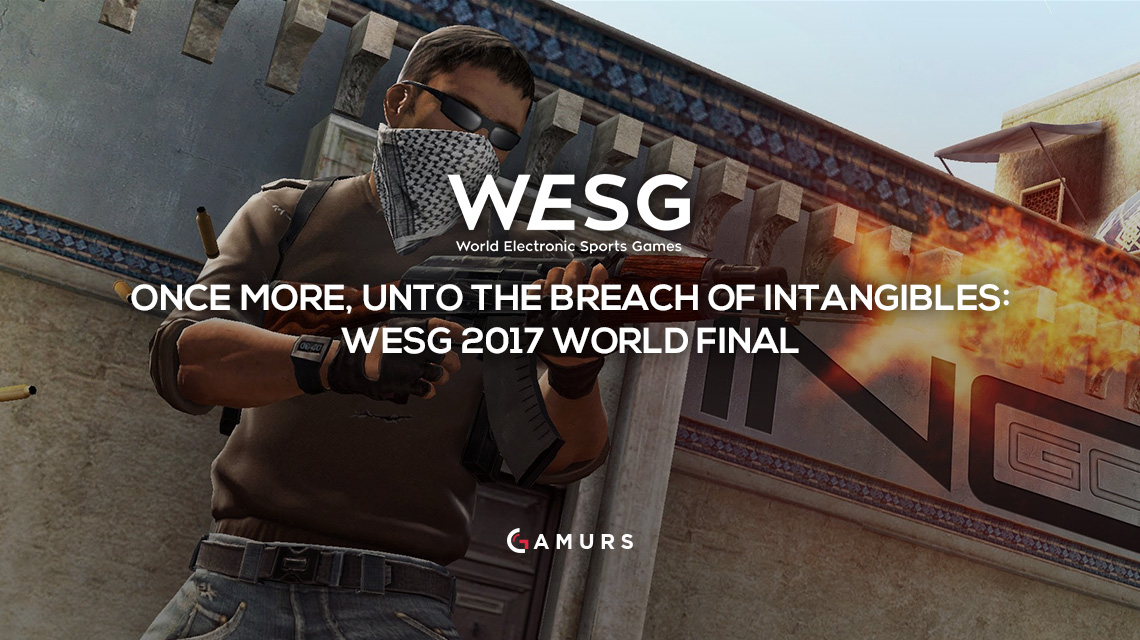 The vast majority of tournament runs, for the vast majority of teams, are simply defined by what that team couldn’t do. You’re only as good as your last game, and for most players, their last game will be a lost one. Except, of course, for the winners. For them, their tournament narrative is holistically defined by what they could do, who they could beat, how they came back from the brink of defeat, and who on their team performed best. The winners consistently earn this privilege of a perception shift alongside their trophy and flaunting the largest check…

Except in some rare cases.

Occasionally, the circumstances surrounding a tournament run makes it impossible to ignore. When the truly spectacular stories play out, they force our viewpoint to be changed from what they didn’t to what they did – think of Luminosity’s upset run at the FACEIT Stage 3 Finals and the general consensus beforehand, which condemned their roster move, and the mood afterwards, which praised them. Spectacular players and teams can change this viewpoint, along with spectacular intangible forces – for better or for worse. Think about the Dupreeh/kjaerbye situation at ESL One: Cologne 2016, where Dupreeh had an appendix infection and was forced to go to hospital, leaving their coach, Zonic, to stand-in.

These spectacular intangible forces that completely change the definitions and stances of a tournament are present in spades at the WESG 2017 World Finals. It is perhaps the most asterisk ridden $250k+ tournament of all time.

The first, and most glaring, issue when looking at the team list is the forcing of mono-nationalities. Usually a novelty reserved for a couple of events a year, like The World Championship (TWC), the days of forcing teams to have rosters filled with a single nationality of players has seen its hayday. A fair chunk of teams now run conglomerations of backgrounds and passports, preferring to push language barriers to their limits and brush any cultural differences aside in favor of having a team that can play the best Counter-Strike possible. This immediately forces big names that could easily qualify, like OpTic Gaming, FaZe Clan, Na`Vi, G2, Mousesports, and Cloud9, to either give it a miss or bring in at least one stand-in.

However, many top teams can boast their uniform country of origin, yet elected not to participate in any of the qualifiers despite, in many cases, their very strong chance of qualifying and making a real impact at the event. What’s more, the prize pool for this event is the largest in the history of Counter-Strike at $1.5 million, the competition would be relatively easy to push past until the latter stages of the tournament and offline qualifiers were used for every domestic scene. Yet, only three of the top 15 teams in the world are participating and hardly any big professional organizations competed in the Europe or North American qualifiers.

I think it largely comes down to the timing of the event. Not only does the single country of origin and large amount of qualifying spots given to weaker regions immediately dilute the quality of competition and thwart teams wanting to be against the best, it also is being held during the time of most teams intensive boot camps in the lead-up to the ELEAGUE Major. No team wants to give up valuable practice time for days of travel to China and then actual competition for the major that will have a televised final and some of the largest amounts of hype in recent memory.

At the actual event though, the intangible asterisks keep rolling in, with the major point of concern being the groups. Group A is what CS veteran Dmitry “hooch“ Bogdanov calls “a joke.” The group has no Asian or African teams in it, but four European sides and two American rosters as well. Essentially, in one group there is the entirety of the top talent present at the event, with Virtus.pro, Epsilon, EnVyUs and the .Russia lineup, which breezed through the qualifiers all playing each other. The only top teams not present in this group of death to end all groups of death is Eurpean sides Kinguin and Space Soldiers.

Although it is not clear how the groups were seeded, the state of them is such that it makes any real narrative analysis from the tournament, defunct. With what little top talent the organizers had to work with, they were all concentrated on one and a half groups, essentially making playoff qualification for Asian/African teams much easier.

The long list of stand-ins and missing players is also largely caused due to the offline qualifiers being held as far back as early October – a lifetime ago in CS:GO years.

These intangibles are what teams will have to force themselves past in order to win this tournament. Although the victor will likely be from the group of death or the GODSENT group, and will walk away with the largest sum of cash ever given away at any CS:GO tournament – $800,000, this win will be largely predicated on what they could do against not the other teams, but the many forces out of their control.

Considering this, Virtus.pro, with their collective experience and far greater talent, should be the easy favorite to win, however, both EnVyUs and Kinguin/Space Soldiers have now spent considerable time with their respective rosters, and if it were all to come together for them and put on a show for the major, WESG would be the time.

So once more unto the breach of intangibles, dear friends once more; or close up the wall with competitive integrities corpse.