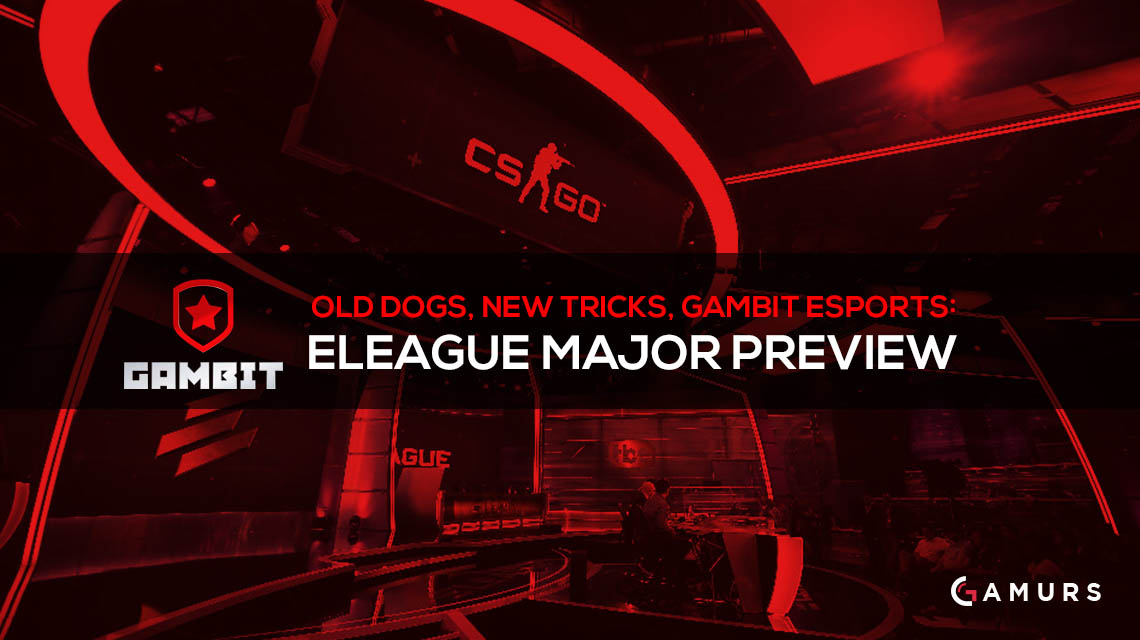 The CIS (Commonwealth of Independant States) Counter-Strike: Global Offensive scene is home to some of the most active seasoned veterans and pedigreed names Counter-Strike has to offer. To add on top of this, with four distinct top teams and an active semi-professional LAN scene, budding talent has a clearer pathway than most in making it onto big international stages. The depth of talent in the scene is expansive, opportunities are ripe, and yet, outside of Na`Vi’s talent-stacked roster, success has historically been hard to come by.

Teams enamored with promise and potential like the various iterations of the HellRaisers and Flipsid3 lineups, and before them the infamously maligned Astana Dragons roster, all have failed to live up to the expectations of both fans and analysts alike.  As such, when a specific grouping of players can hit their stride and actually achieve a degree of success relative to their roster’s strength, it is imperative to hold onto that lineup and tap into the team’s chemistry. The tried and tested saying of “don’t break-up a winning team” holds water in a scene where a “winning team” is frustratingly tricky to come by.

The most successful CIS teams of all-time hold out on changing players longer than most; Virtus.pro, in the beginning of CS:GO, didn’t change any players for well over a year, and Na`Vi had the same five players on the same team (if you include Sergey “starix” Ishchuk as coach) since late 2013.

With this in mind, Gambit Esports (rebranded from Gambit Gaming), stuck true to their name and went against the grain of their ilk by switching out two players following their successful top-eight finish at ESL One: Cologne 2016.

When looking at their results around the time of the major, it actually seems reasonable to predict a roster change, especially considering that their run in Cologne was predicated on only winning two best-of-one matches and then backing this up with a string of poor LAN showings afterwards. However, this roster move was a risky undertaking due to one of the specific players who was swapped.

While the near 30-year-old Dmitry “hooch” Bogdanov was a clear candidate to be changed and upgraded, the burgeoning talent of Ivan “spaze” Obrezhan – at just 19 – was pushed out as well. One of the brighter lights on the Gambit side in his six-month stint on the roster, the young CIS rifler seemed to improving in tournament play and provided some much needed potential growth on a team filled with jaded veterans. What’s more, the player who replaced him was an almost unknown Kazakhstani – Abay “Hobbit” Khasenov. Hobbit, who hadn’t even been the most dominant player on his even more unknown Kazakhstani team – Tengri, with that credit going to teammate Bektiyar “fitch” Bahytov – was going to fill in for a player that was on a clear upwards trajectory and acted as an invaluable asset to the side.

However, this roster move that saw the seemingly unfortunate removal of spaze in replacement for Hobbit, more notably brought in the hottest CIS free agent at the time – former Na`Vi posterboy, Danylo “Zeus” Teslenko. So although it seemed they lost a rising star and replaced him with a middling rifler, at least they obtained a massively pedigreed and experienced, veteran in-game-leader; a risky gambit to say the least.

With the benefit of historical hindsight though, we know that these initial preconceptions could not have been more wrong.

Gambit, after winning the Acer Predator Masters Season 3 LAN, headed into their first international tournament as a team – DreamHack Winter 2016. There, they faced off against the two hottest teams in North America – Cloud9 and Optic Gaming – amongst other talented European rosters like GODSENT and Dignitas. It was here in Jönköping that Hobbit proved he was a cut above his former – spaze – and that he could be on par with the other Kazakhstani legends on his team – Rustem “mou” Tlepov and Dauren “AdreN” Kystaubayev.

With his domestic counterparts and decades of Counter-Strike experience around him, Hobbit was the new trick for this team of old dogs. Acting as the driving force behind their wins against Renegades and GODSENT in the grand and semifinals respectively, Hobbit was the lynchpin behind Gambit’s shocking win at DreamHack Winter and was awarded the MVP of the tournament.

While their legend spot at the upcoming ELEAGUE Major means that we didn’t get a chance to see Gambit and their new bright spot Hobbit play against the hungry talent at the Major Qualifier, their win at DreamHack Winter over top teams proves that their guaranteed spot in Atlanta will not go to waste as most people once thought. This DreamHack Winter result and Hobbit’s performance is really the only hard piece of evidential success that Gambit can bring into the ELEAGUE Major, and while such a small sample size leads much to the imagination, at least it shows a team capable of working greater than the sum of its parts.

Gambit boasts a roster that has candidates for the unofficial CIS CS:GO Mount Rushmore – namely the once top-five player in the world Mikhail “Dosia” Stolyarov, Zeus, and AdreN. Their Kazakhstani trio is a fragging core that is as intimidating as it is an unknown entity for enemies to study. The supporting cast to this core, in Dosia and Zeus, tops off their roster with seasoned hands that can – with albeit at times outdated styles – bring together a formidable wall that will catch teams off-guard.

The Gambit roster is one that will not win ELEAGUE or even make top-four; but rather, act a surprising force to casual and region-focused fans. This is, of course, highly dependent on their group, as top European teams that can simply out-muscle Gambit with significantly higher degrees of raw skill should have no trouble pushing past the CIS side. However, any North American team or lower-order European side expecting an easy best-of-three series or push-over best-of-one game will be in for a shock and as such, Gambit could – with calculated upsets – once again, to the bewilderment of the world, make top-eight.

Their map pool might have holes, some of their players might be past their prime, and their results prior to DreamHack Winter might have been subject to scepticism at best; but, their unique conglomerate of memorable names and internationally unknown talents makes Gambit an easily loveable team. As such, even if their ELEAGUE run sticks to the unfortunate status quo of most CIS sides by not living up to the hype, hopefully, the roster sticks together to act as an entertaining and potentially dangerous anomaly within the CS:GO space as a team full of old dogs with a couple of new tricks.

How do you think Gambit will perform at this event? Let us know by commenting below or tweeting us @GAMURScom.