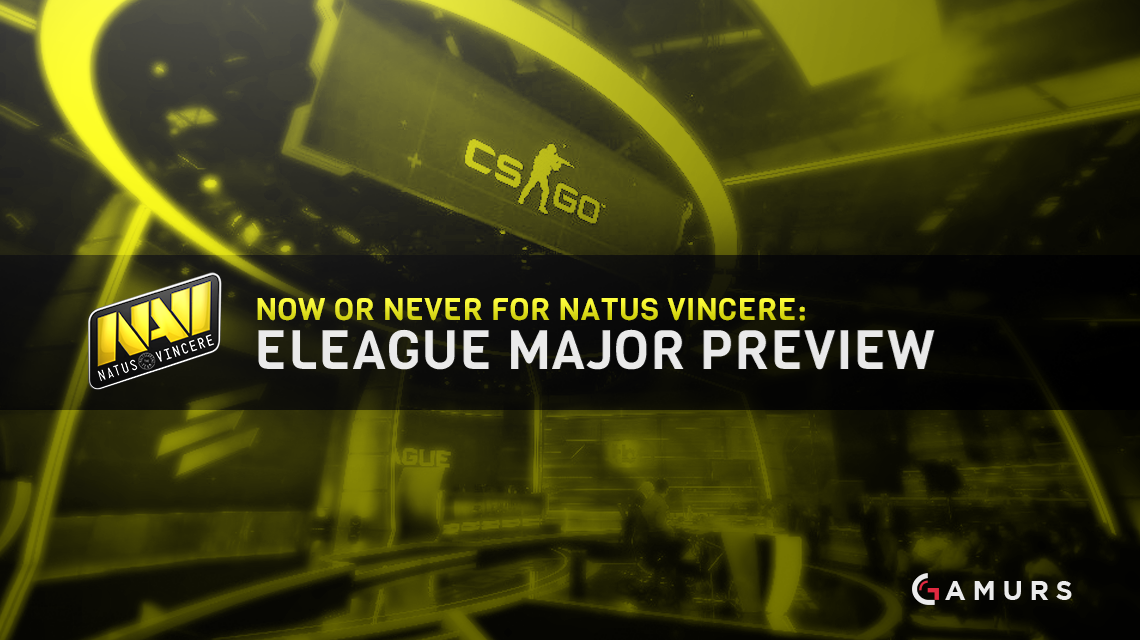 This iteration of Natus Vincere is one of Counter-Strike: Global Offensive’s great tragedies. A lineup overflowing with potential, with the right balance of role players and stars fraggers, Na`Vi looked to become one of Counter-Strike’s dominant teams with their pickup of Ukrainian superstar Oleksander “s1mple” Kostyliev. For the most part, however, Na`Vi has struggled to find form, their play not the tight and tactical maneuvers most were accustomed to from the CIS side.

Outside of their incredible performance at ESL One New York and solid run at EPICENTER, Na`Vi does not look like their old selves. Valve’s coaching rule changes (which severely hamstrung the contributions of their master in-game leader Sergey “starix” Ischuk) after the team had already replaced their second tactician, Daniil “Zeus” Teslenko, is a root cause of Na`Vi’s current woes. Further, the general inconsistency from the team’s co-stars, specifically Ladislav “GuardiaN” Kovács and Egor “flamie” Vasilyev, has long been a crux for Na`Vi’s failings, both players rarely having strong performances at the same time even before the s1mple era.

But in the games and series where the cogs turn together, where s1mple and company all function in unison, where their unstoppable marriage of tactics and raw skill takes over a server, Na`Vi can beat any team in the world. With the major looming, will Na`Vi be able to recreate the magic they found in New York, or will they be unable to live up to their potential yet again?

Na`Vi’s lineup boasts some of Counter-Strike’s most storied names, each with a skillset that complements and rounds out the roster nicely. At the moment, the standout player is obviously s1mple, who seems to be one of the best, if not the best player in the server, no matter the opponent or stakes of a match. s1mple will be an irreplaceable asset for Na`Vi as he performs exceptionally well during majors, as he showed while playing for both Team Liquid and HellRaisers, meaning in all likelihood that his performance will not be the make-or-break, deciding factor for his team.

Although, there are different degrees to which s1mple can be a great player, ranging from merely a consistent AWPing and entry force to winning ludicrous clutches and deagle force-buys, and should he be able to find even a few of these highlight reel quality rounds, it may be enough to help struggling teammates or deteriorating tactics.

Na`Vi’s other carry players, flamie and GuardiaN, on the contrary, are going to be much more influential deciding factors during the major. GuardiaN’s run of form at the start of this year died down following his wrist injury during the MLG Columbus Major, leading to the shaky inconsistency from the once unphasable Slovakian AWPer.

Furthermore, how Na`Vi will use GuardiaN’s AWP will be a deciding factor for this event; at IEM Oakland, where Na`Vi struggled, there were times where s1mple would be given the AWP over GuardiaN on CT sides. Although s1mple is an incredibly skilled AWPer, he is also more proficient with rifles than GuardiaN, who likely should keep the AWP instead. As painful as it may be to admit, the combination of the wrist injury and introduction of s1mple likely means that we will not see vintage GuardiaN as frequently. But even if it is just for a few rounds at a time, GuardiaN can still be the yin to s1mple’s yang in a lethal double AWP setup.

As for flamie, a player with some of the best raw aiming ability in the world, Na`Vi’s success depends less on his form at the major than GuardiaN’s (who takes up a larger economic burden as the AWPer), but a player of flamie’s caliber can take over CT halves with his rifle play. Although flamie’s individual performance as of late has still been quite good, if he can rekindle some of the fire he had at events like IEM Katowice from earlier in 2016, he could join s1mple as a pervasive carry threat.

The Na`Vi support staff of Ioann “Edward” Sukhariev and Denis “seized” Kostin will also be paramount to Na`Vi’s success at the major, especially the still relatively new in-game leader in seized. Edward has had his standout performances throughout the year, and has remained a rock on CT sides, while contributing nicely to the team’s map control oriented terrorist sides. Seized, on the other hand, has struggled for consistent form throughout the year, notably since s1mple’s introduction to the team.

While the burden of shot-calling in such an elaborate system has likely encumbered seized’s play to some extent, he will need to pull greater weight for Na`Vi to find success at the major. Fortunately for seized, s1mple has basically taken over the secondary AWP role entirely, meaning that seized himself presents less of an economic burden to the lineup even as his play suffers from calling.

Na`Vi’s map pool has been quite erratic since s1mple’s joining. Before their roster move and the coaching rule change, Na`Vi were excellent on Overpass, Dust II, Cobblestone, Train, and Mirage, able to grind down teams with their sweeping map control and the power of GuardiaN’s AWP. With s1mple, Na`Vi is still world class on Overpass, and they are still quite good on Dust II, Mirage, and Train.

Unfortunately, they are not as consistent from game-to-game on these core maps, even against presumably lesser teams, the team’s “system” suffering likely as a result of replacing Zeus and losing starix’s constant presence. Further, Zeus seemed to take whatever system the team used on Cobblestone with him, Na`Vi having played quite poorly on the map in recent months. Na`Vi, with s1mple, still avoid Cache like the plague (despite s1mple being notoriously good on it) and recent attempts at playing Nuke have not been particularly fruitful.

Na`Vi still has a serious chance at the major with their current map pool, so long as they remain consistent on it, and likely need to give up on playing Cobblestone to the same extent they once did. Alongside the other carries of the team finding at least some consistency and seized recovering some of his lost form, Na`Vi properly managing their pick ban is one of the key factors to their major run, as they have shown their propensity to make poor map veto decisions and end up on unfavorable maps.

How do you think Na`Vi will do at the major? Let us know @GAMURScom or in the comments.