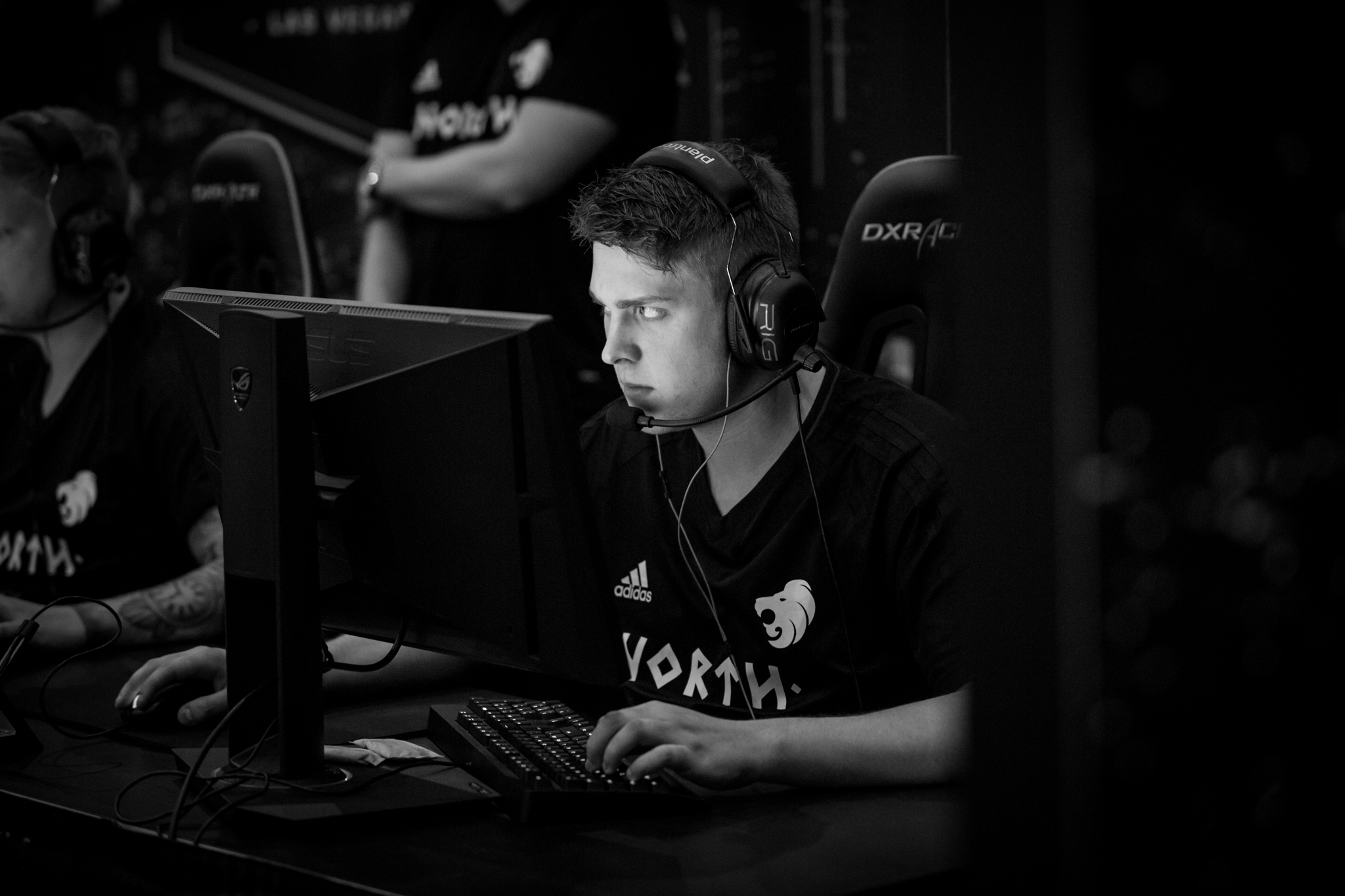 North emerged victorious in day one of Group B at the ESL Pro League Season 5 Finals with a nail-biting finish—and some memorable banter.

After the trash talk, Mousesports turned out to be a challenge for the Danes on Nuke. Both halves involved economy-breaking rounds and big individual plays that later paid off for North. K0nfig clutched an early one-versus-one to top off a four-kill round and later grabbed three kills during the second pistol round. He would later end the match at a 34-23 and an exceptional 58.8 headshot percentage.

Despite this, North struggled on both sides with 7-8 and 8-7 scorelines on their Counter-Terrorist and Terrorist sides, respectively. They eventually were able to finish the match in their favor 19-17, after Tomáš “oskar” Šťastný’s tilt-worthy one HP fail.

North lived up to fan expectations with an exceptional performance on Cobblestone against NRG Esports. Although they lost the first pistol round, the Danes strung 14 rounds in a row on their Counter-Terrorist side. North lost the second pistol round, but later completed their destruction of the struggling North American team through two seemingly easy full save buys. K0nfig finished the game with 26 total kills, nine AWP kills, five entry frags, and a 118.0 average damage per round.

North’s last match of the day on Mirage against Natus Vincere was another strong win for the Danes. A few good defenses on their Counter-Terrorist side and even better site executes kept the game close, with Na`Vi surging going into the second half. North answered the CIS team’s nine round win streak at with a few small streaks of their own while down 12-8, This boosted them to victory at a 16-13 scoreline. K0nfig’s throne at the top of North’s scoreboard remained as he maintained a 93.1 ADR and 28 kills.

K0nfig was undoubtedly North’s most valuable player in their first day in Dallas, Texas. He tallied 84 kills and an unbelievable 47.6 HS percentage throughout the team’s three matches.

North finished off day one at 3-0 with Team Liquid not too far behind at 2-1. Mousesports and OpTic Gaming are knotted at 1-1 while Na’Vi is 1-2. NRG holds last place in the group with an 0-3 record.

North, like Group A’s SK Gaming, now sit at 3-0 undefeated at the ESL Pro League Finals. The Danes have the chance at a perfect group stage record against two of North America’s juggernauts, OpTic Gaming and Team Liquid, later today.