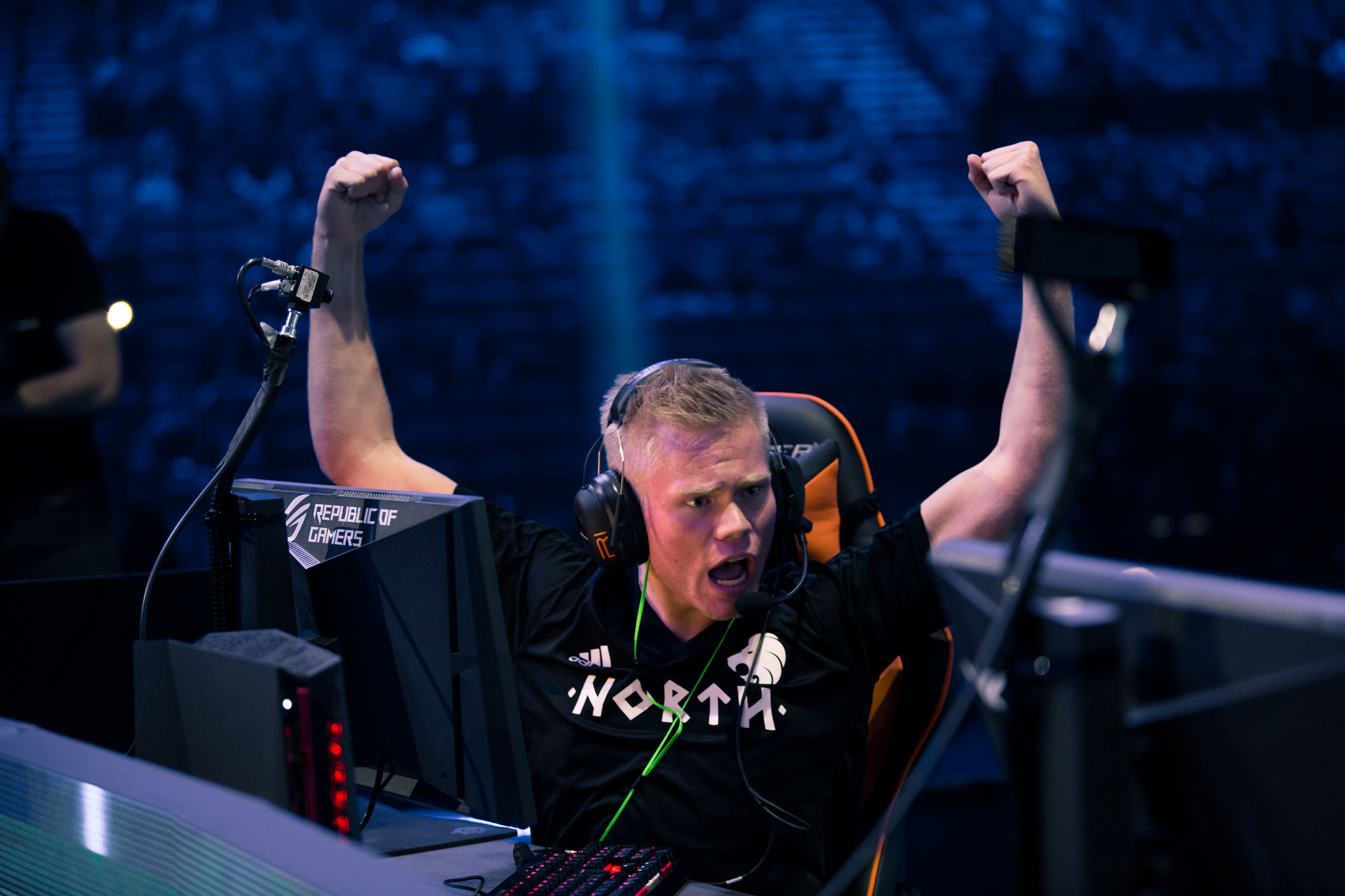 North sent Liquid home packing in front of the home crowd, and they will compete against the French “super team” in the grand finale of ESL Pro League Season 5 Finals.

Liquid foolishly chose Nuke as their map pick, a map that clearly played into the strengths of the Danes, while North selected Mirage as their own. Inferno was left over from the map veto process.

A perfect opening pistol round from North gave the Danes much room to work with on their Counter-Terrorist side. They absolutely demolished Liquid in the first half, stopping just about any attempted Terrorist strategy in their tracks. The North Americans were capable of winning only two rounds as attackers–both of which were on the A site. Mathias “MSL” Lauridsen won an important one-versus-two situation early in the first half and Kristian “k0nfig” Wienecke sprayed down three Liquid players in secret halls later on. North finished their Counter-Terrorist side with a strong 13-2 scoreline.

Liquid showed signs of life towards the end of the Nuke despite losing the second pistol round. North easily reached game point, but Liquid proved they weren’t going down without a fight with a single crucial B site retake at 15-2. The Danes brought an end to Nuke thanks to a one-versus-two from Emil “Magisk” Reif, who ended the map as top frag (22) with an impressive 113.3 average damage per round stat. The final score was 16-5.

Liquid put up more of a fight on Mirage even though they lost the first pistol round. They were able to volley the initial rounds thanks to an ace and one-versus-one post-plant retake from Jonathan “EliGE” Jablonowski following the opening round. North put a much larger emphasis on executing A site, but Liquid adjusted to North’s site decisions accordingly. Josh “jdm” Marzano got a nice AWP collateral at middle from catwalk to tally the final round of the 11-4 half for Liquid.

The North Americans picked up the second pistol round on their Terrorist side from a coordinated B site execute. Although they gained an economic advantage from the pistol round, North’s varied defenses and retakes on both sites were too much for the them to handle. North eventually came back from the the 12-4 deficit and tied the map 12-12. Both teams were caught in another set of round trades until Liquid reached match point at 15-13. Shortly after, the Liquid meme came alive as they lost their lead to a force buy they should’ve won against; North then forced overtime after Liquid’s economy showed cracks in the final round of regulation.

North’s aggressive Counter-Terrorist positioning on A site gave them the edge over Liquid, who seemed to be uncoordinated in their A takes. The first half of overtime ended with a successful B site execute from Liquid.

Liquid tied the game at 17-17 after defending the B site from North’s split execute. In the following round, the Danes somehow broke two defensive player stacks on A to end the map 19-17 and halt Liquid’s tournament run with a 2-0 sweep. K0nfig, René “cajunb” Borg, and EliGE all ended Mirage with more than 30 kills—33, 32, and 35, respectively.

North will play G2 in the grand finals to end the five-day event in Dallas, Texas. Both teams will compete in a best-of-five series for the $225,000 grand prize, the Pro League title, and bragging rights against their long-awaited opponent. This is the first time that North will play this G2 roster on LAN.

Kenny “KennyS” Schrub hoped to play North so him and his team could suppress the Danes and their “cocky” personalities. “Good luck Kenny; I’ll **** you up,” K0nfig said in response.