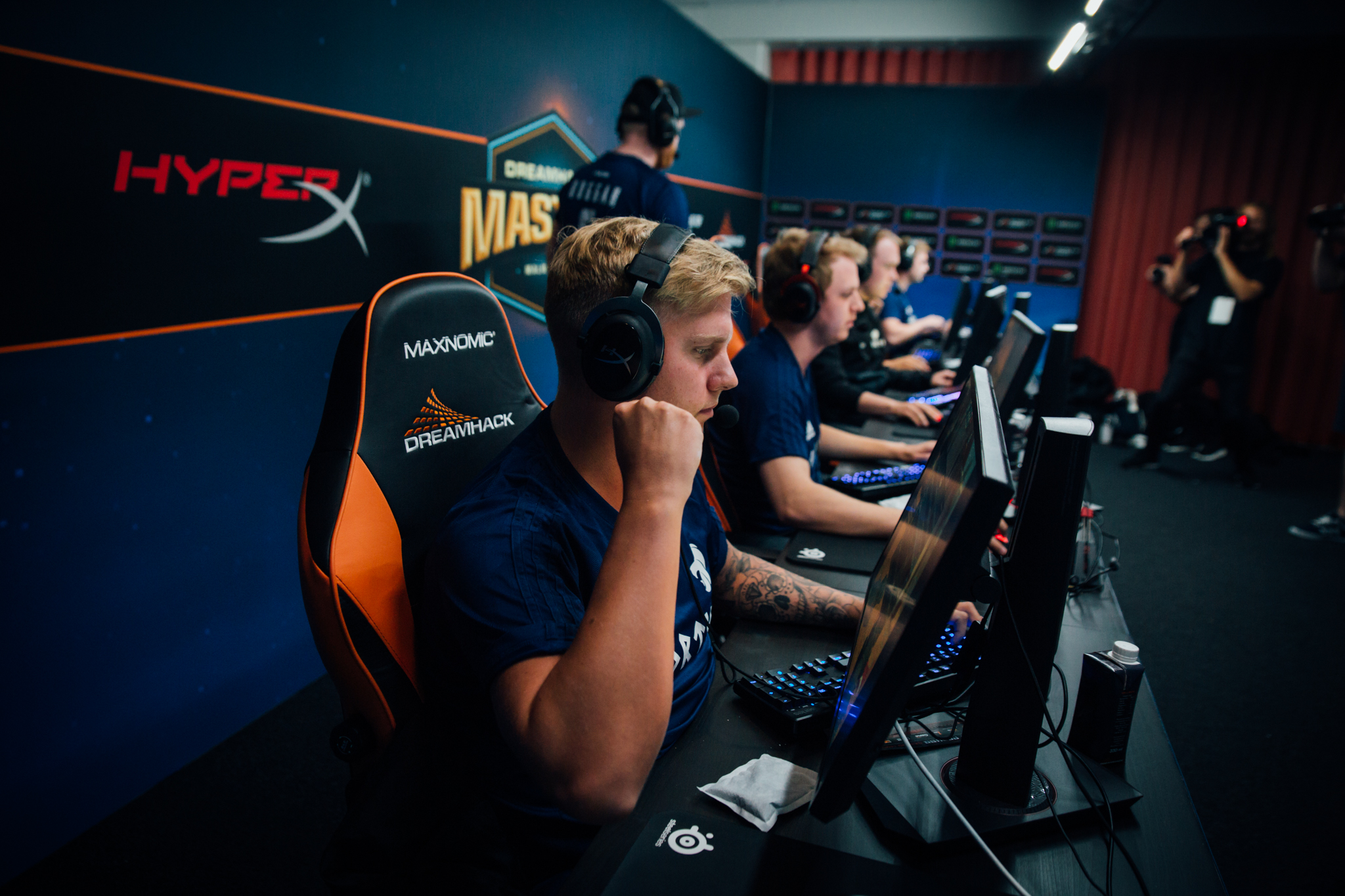 Winners’ matches in Group A and B have finished, and now the first two playoff spots have been earned by two regular playoff contenders.

North and Astralis are the first teams at DreamHack Masters Malmö to qualify for the playoffs with their 2-0 records in the group stage. North pulled off a 2-1 map upset against a heavily-favored SK Gaming, while Astralis swept Natus Vincere in two seemingly easy maps. Both teams will have a break from CS:GO until the playoffs on Sept. 2.

In the SK-North Group A winners’ match, SK took map one Cobblestone at 16-5 thanks to a solid Counter-Terrorist side and healthy fragging from Joao “felps” Vasconcellos. Despite losing the first map, North found their stride on Train with a 16-8 score by keeping the map close on their Terrorist side and by minimizing SK’s aggressive presence in the second half. Another stellar Terrorist half on Inferno put North ahead of the Brazilians early on, eventually ending in a 16-11 scoreline and a 2-1 match result. Kristian “k0nfig” Wienecke played out of his mind, top-fragging in each game and averaging 21 kills per map.

The Group B winners’ match between Astralis and Na’Vi played out much quicker, because Astralis had good reads on Na’Vi on Overpass and Mirage. Lukas “gla1ve” Rossander had a field day on map one at a 26-11 kill-death ratio to assist in the team’s 7-0 Terrorist side and 16-6 Overpass scoreline. Later on, Nicolai “dev1ce” Reedtz had a great outing of his own on Mirage, hitting 22 frags by locking down sites on Mirage with his trusty AWP. Astralis finished their series sweep with a 16-10 score on Mirage.

Both SK and Na’Vi move down to the eliminations matches in their respective groups. SK will play the North American fan-favorite Cloud9, who survived the Group A losers’ match yesterday. Na’Vi, on the other hand, will compete against Renegades—a dark horse team who upset and eliminated Virtus Pro.

The latter two winners’ matches later today will determine the next two quarterfinalists to reach the Malmö Arena in a couple days.