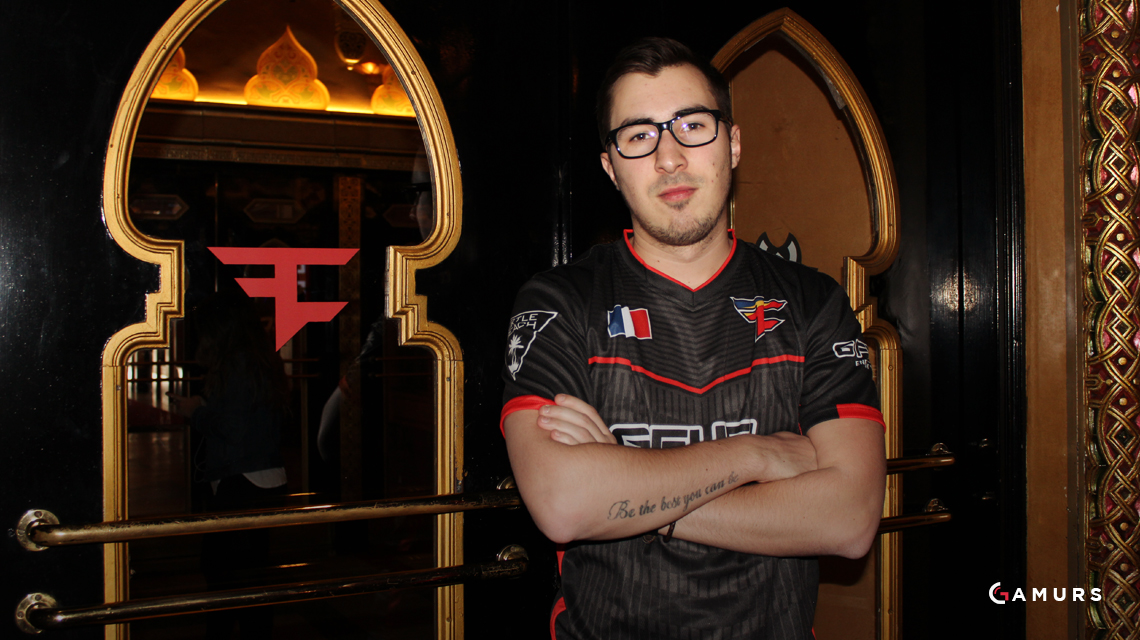 Fabien “kioShiMa” Fiey of FaZe Clan spoke with us a day before the team’s first playoff match of the ELEAGUE Major against SK Gaming. We discussed matters on their upcoming match, as well as the Swiss format, OpTic Gaming as their rival, and most importantly, him being “The Problem.”

Going into the major, FaZe was perceived as a top team, but not as highly as other teams, such as Astralis and OpTic Gaming. Comparatively, the community was more confident in either of them winning the Major. What are your thoughts on the community not seeing you guys as contenders that can win the event?

kioShiMa: “To be seen as a really good team to spectators, you need to win a lot, and that never happened with FaZe, for example. FaZe has very good players, but we could never make it work. Sometimes it never works with all the players at once. We would have really good tournaments and really good stats, but now’s actually the time that we can prove that [we’re a top team]. For example, we would set a goal that we wanted to be in the semifinals, and it would be fixed for us before a tournament. Now with good preparation, we had tried our best for two weeks before [the Major]. We just went all in for this one.”

With that said, you guys are going to be facing SK Gaming tomorrow in the quarterfinals. What are you thinking going into that match? Are there things that you need to counter, such as FalleN’s multiple AWP setups?

kioShiMa: “We’re just going to play how we’re used to playing. We’re going to play our play-style and not really think about what they’re going to do. We don’t want to try to adapt before they do something because they’re probably going to try to adapt to us as well. We’re just going to play our game, and see what happens. We played them in the group stage and we lost because they made a 15-9 comeback. It was supposed to be a win for us. We knew we could do it. Now, we know they can beat them tomorrow. We have a good mindset.”

Were you a little disappointed that you weren’t able to play OpTic Gaming? I know you guys played them in the ELEAGUE seasons and at ECS.

kioShiMa: “They beat us multiple times – I think two times in a row. And then we managed to beat them in the Major Qualifier. Sometimes they beat us and sometimes we beat them, so it just goes back and forth. I just see [OpTic Gaming] as a ‘pixel’ team. I can beat OpTic, Fnatic, and whoever after that; they’re just pixels on my screen to me. I just need to beat the pixels.”

Let’s talk about the Swiss format now. How do you think it affects you as a player compared to the round robin format, where you’d play everyone in your group throughout the stage?

kioShiMa: “I like the format because you cannot play the same teams, and you cannot be stuck in the group stage and lose twice to the same team. If you lose three times, then you don’t deserve to go further. You can’t be upset three times. If you’re the good team, you’re gonna go through. There’s some random parts to it, but it’s still the same team playing.”

With teams like OpTic not getting into the playoffs and teams such as North just barely getting through over GODSENT, how much do you think the best-of-one part of the format affects it as a whole? Do you think there’s a way that it can be changed or tweaked?

kioShiMa: “I don’t know, I never really thought about how it can be changed. I wouldn’t change anything. Maybe I’d want to change how [ELEAGUE] choose the map because one team has three vetoes and another team has two. That’s the only thing that I think can be changed.”

Final thoughts: You – “The Problem.” How did it feel beating Team EnVyUs yesterday on Nuke to eliminate them from the Major?

kioShiMa: “It has a lot of personal meaning. Imagine you’ve been kicked from this team (Team EnVyUs), eventually you play them, and then you beat them. It feels really awesome because you want to show them that you can still beat them at their own game. I was really hyped throughout the match.”

What do you think of our interview with kioShiMa? Tell us your thoughts below or @GAMURScom.