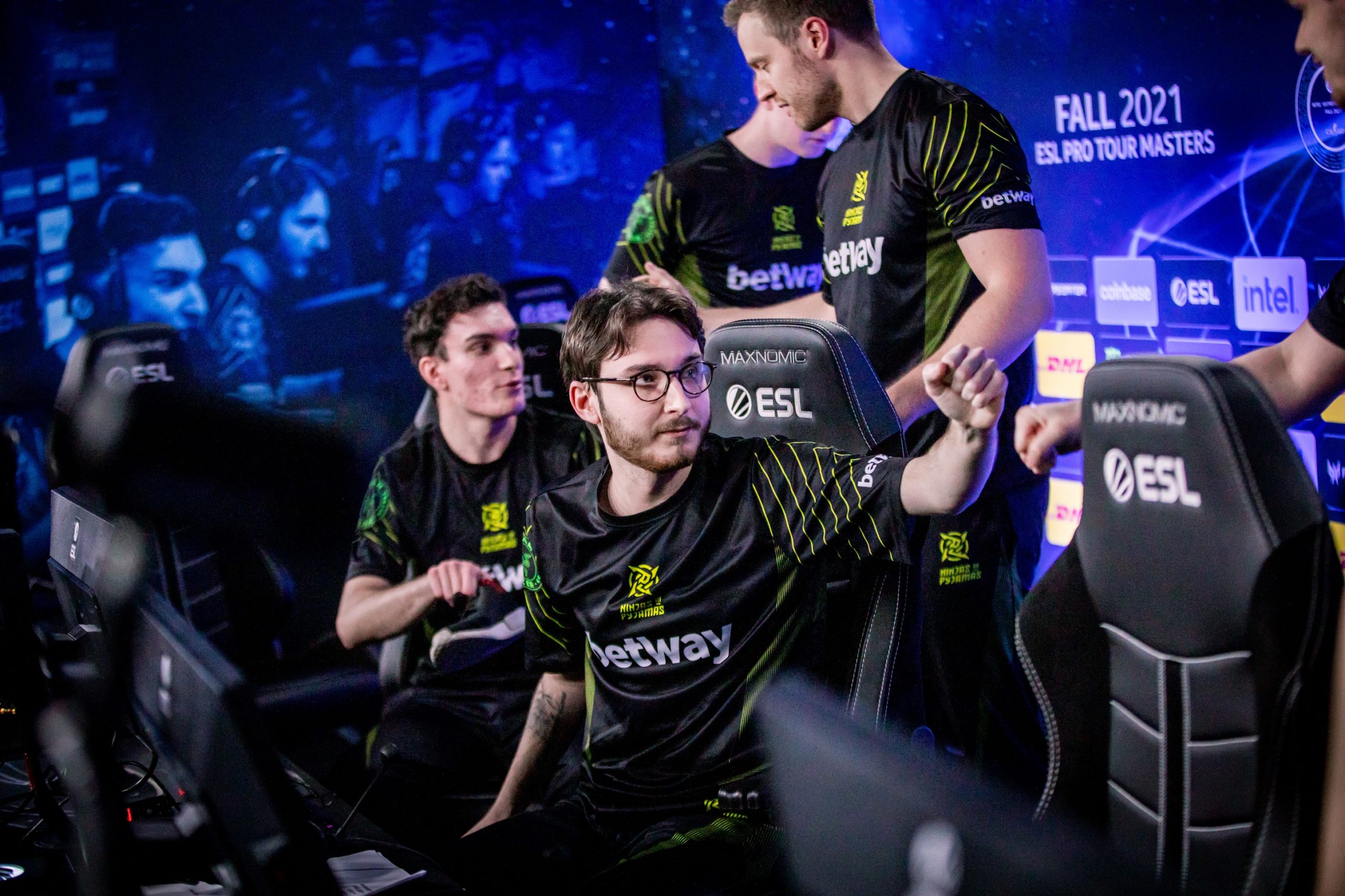 Ninjas in Pyjamas’ CS:GO team came out on top of Evil Geniuses 2-1 today in the first knockout stage round of BLAST Premier Fall Groups to stay alive in the tournament.

This victory over the North Americans leaves NiP with a good chance of securing a spot in the BLAST Premier Fall Finals in November, while EG will have a much harder path because they have been relegated to the Fall Showdown in October, where they’ll battle for one spot against 15 teams.

It looked like the Swedish powerhouse were set up for a clean 2-0 against EG after they won Nuke 16-7, but the North Americans answered back on Overpass and tied the series with a 16-7 victory of their own. Inferno, the decider of the best-of-three, was as balanced as it usually is and it was anyone’s game after the 9-6 first half in favor of NiP. EG, however, could not find their form on the CT side and saw the Ninjas run away with the series with a 16-11 victory.

All of the NiP players showed up during the series, but Patrick “es3tag” Hansen is the one who deserves more recognition. The Danish rifler turned AWPer dominated EG and their sniper Tsvetelin “CeRq” Dimitrov on Inferno. Es3tag finished the decider with a 23-13 K/D, which netted him a 1.27 rating.

This elimination is not the end of the world for EG since they showed some positive aspects today. The North Americans returned for the second half of the season with a new in-game leader in Sanzhar “neaLaN” Iskhakov and a new rifler in Jadan “HexT” Postma and mainly used BLAST Premier Fall Groups to figure out what they need to focus on in the coming months.

NiP will return to the server tomorrow and face Team Liquid, the last North American team alive in the competition, at 9:30am CT.