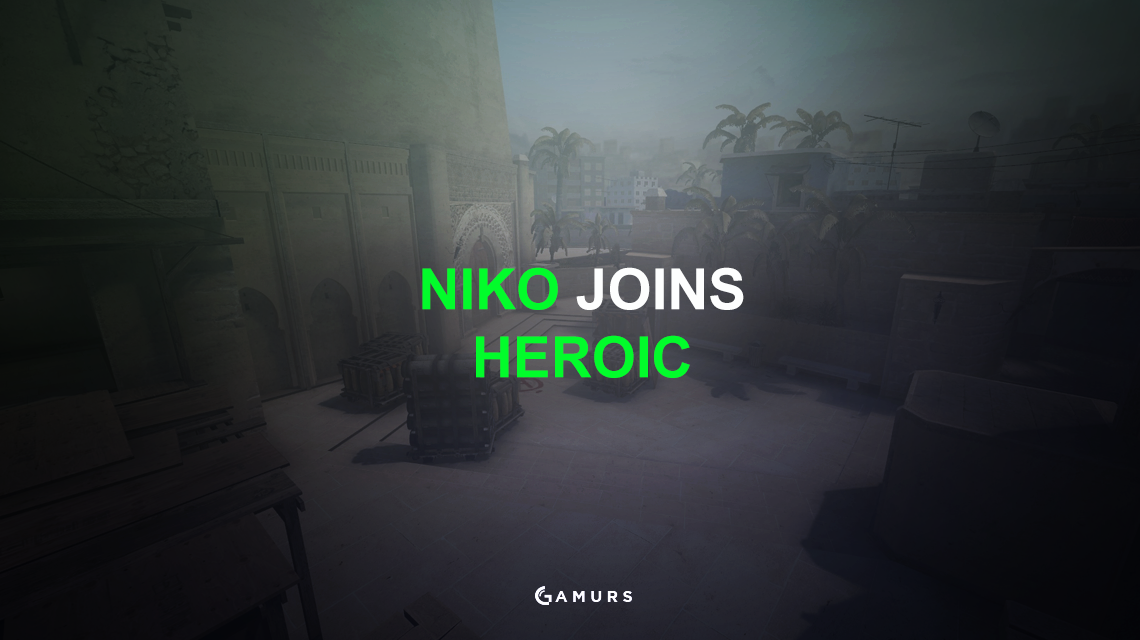 Heroic has announced the signing of Nikolaj “niko” Kristensen after Lukas “gla1ve” Rossander left for Astralis.

There was a lot of speculation around who the new player would be, but Heroic decided to look in the lower tiers and get Tricked eSport’s best player: niko.

Heroic also revealed that gla1ve will sell his shares of the organization to niko, which makes the 18-year-old player an equal co-owner of Heroic along with the rest of his team.

Marco “Snappi” Pfeiffer, in-game leader of Heroic, had the following to say in the organization’s statement about the change:

“While we are in the unique situation of being masters of our own destiny, we also have to recognise that we are like any other CS:GO team which will see occasional player transfers. As five co-founders, we decided that it made good business sense to sell gla1ve to Astralis. As five players, we decided that niko is an excellent new fifth man who can fill gla1ve’s shoes.”

The team is currently at a bootcamp in Copenhagen to prepare for this weekend’s ESWC in Paris and the PGL Minor in Bucharest from Nov. 5-6.

Did Heroic make the right move in picking up niko? Let us hear your thoughts in the comments below or tweet us @GAMURScom.