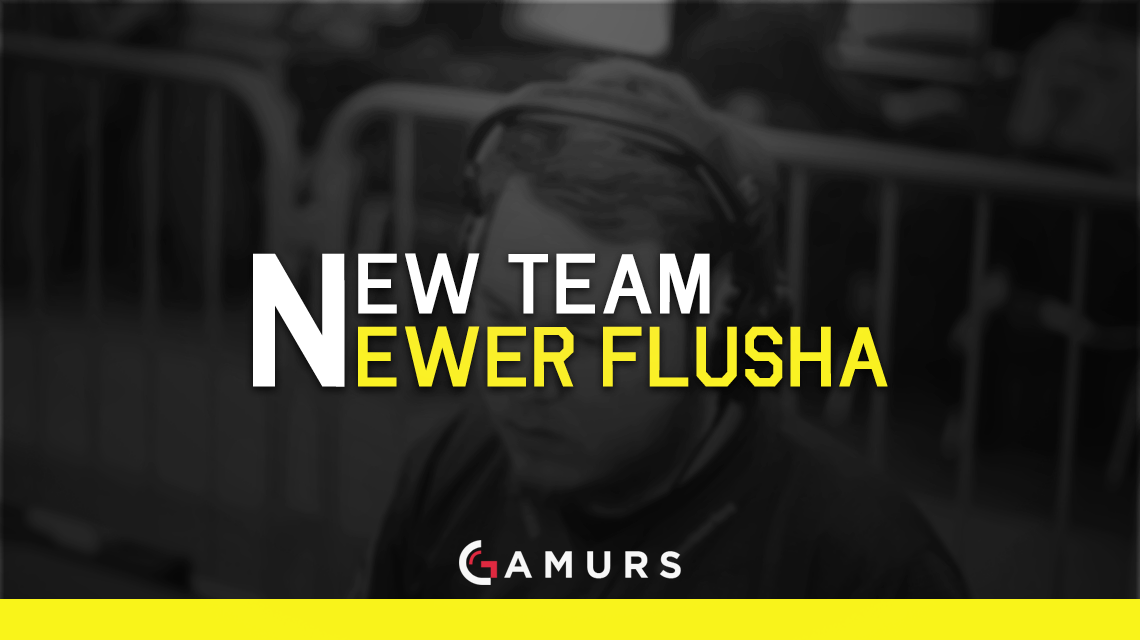 In an “Ask Me Anything” post on Reddit, Robin “flusha” Rönnquist opened up about many underlying questions in the Swedish trio’s transition from Fnatic to Godsent. Last Monday (Aug. 15), flusha and two other Fnatic teammates, Jesper “JW” Wecksell and Freddy “Krimz” Johansson, left behind Olof “olofmeister” Kajbjer and Dennis “dennis” Edman on Fnatic. They joined former 2015 Fnatic teammate Markus “pronax” Wallsten and former 2014 Fnatic teammate Andreas “znajder” Lindberg with the Godsent organization.

The roster change rattled the CS:GO community as three legendary players parted with an organization they had a lot of success with. In flusha’s post, he answered a plethora of insightful questions that explained many questions fanatics may have a week after the roster change.

“The biggest surprise in the shuffle was Krimz leaving Olof to join Godsent along with you and JW, considering they are considered a strong duo. Do you know why Krimz made the decision decision to join Godsent? Has there been tension between Krimz and Olof as of late?”

Flusha: The “duo” has always been overhyped in the eyes of the public just because they held B on inferno and they had played together in LGB. Krimz never had any tension with any players, I don’t know why he stuck with me and JW. Maybe because we already had everything figured out when we decided to leave the team.

“So if Krimz would have stuck with Olof and Dennis, who would have been your 5th instead of him on Godsent?”

“What happened between you, olof and dennis?”

Flusha: Nothing really “happened”, I just didn’t want to play with them anymore.

“Why join JW (on Godsent) when you wanted to kick him initially?”

Flusha: “Because i want to play with JW. Wanting to kick him was mainly an agreement on what others wanted to do.”

“Why didn’t you stick with Fnatic (The Organization)?”

Flusha: Personally, I didn’t feel like “freelancing” for Fnatic anymore, and I really wanted to build something for myself and work for my future at the same time.

”What made you so unhappy with Fnatic towards the end of your time on the team?”

Flusha: There was no “team” anymore, just 5 different players. We found the smallest of problems both in and outside of the game that should not really bother anyone ever. There was more negative feelings all around then positive feelings.

“When did the whole Fnatic tension start? Why did it start?”

Flusha: There’s always tension in every team; it’s just a matter of how much and how long it’s lasted. For me, the matter was that it had been going on for too long and i just couldn’t handle it anymore.

“What do you think was the main issue you guys had before the roster changes? You all are 5 star players, but somehow it didn’t work out.”

Flusha: Role clashes, not enough motivation to be a “team”, and being focused too much on being good individually. There was a lot of small issues as well, but this was more about the in-game stuff.

“Is Pronax happy with the Coaching rule change?”

Flusha: “All of our team is okay with it right now :P”

“Do you think that the old problems (such as having too much fun/losing confidence in Pronax) will resurface, and if so, how will you deal with it?”

Flusha: “We have realised what went wrong at the times when both znajder and pronax was replaced, so we should not fall into the same traps again. :)”

“So pronax was indeed replaced and didn’t leave on his own?”

Flusha: The only kicked player ever in fnatic was znajder. Everyone else was mutually replaced.

“Do you think vuggo’s decision to step down from coaching (Fnatic) was his decision or the players?”

Flusha: He never got any respect from Olof and Dennis while he was trying out as caller for the team so it might have been in some of the players interest.

“Do you have any plans on co-calling with pronax at any point on Godsent?”

Flusha: I will always help out with calls and my point of view on things.

“Structure and role wise, what has changed for you and the others (Krimz and JW) on moving to Godsent?”

Flusha: We have an in-game leader that actually wants to lead now, JW gets to pick up the awp whenever he wants to, and I’m back to lurking and clutching again.

“What happened during the E-League ‘rage moment’ (as people call it)? Were you obviously furious? Did you get a bad call/wrong info? It looks like you’re giving Olof or Krimz a bad look.”

Flusha: We knew exactly what they were doing, I called that it was a fake and we shouldn’t rotate to B. Some players didn’t listen and all of us died pretty easily instead of just holding our positions and waiting for them.

“When did you feel the need to leave Fnatic?”

Flusha: Right after the E-League finals against Virtus.pro. I knew about what the team wanted for the future, and I just didn’t think that it would help my situation at all.

“Do you believe you are the superior team to Fnatic, or do you think it’s the other way around? And why?”

Flusha: Yes, we are a more complete team in terms of roles, teamplay and structure.

“Do you think Godsent can become the best team in the world? If yes, then when?”

Flusha: Yes, 2-3 months and we can probably fight at the top.

“Will you remove the Fnatic stickers from your skins?”

Flusha: No, i still respect and love fnatic for all they have done for me in my career.

“How do you feel about fnatic getting to keep their ESL Pro League spot?”

Flusha: It’s not a big loss for us.

“When pronax left, there were some allegations against him that people did not want to follow his disciplined approach rather than follow your free flowing in-game calls. Do you think something like that might happen in Godsent again?”

Flusha: No, we have learned from our mistakes. Now with this lineup, we will always strive to be a 5 man unit and talk openly about our problems.

“If you could go back in time and change one thing in your counter-strike career, what would it be?”

Flusha: I don’t think there is a change i would do, all the decisions i have done over the time of my CS:GO career has been good ones if I look back at my career.

“How do you feel you’re performing right now? You’ve said that you’re extremely motivated after this roster swap, but do you feel like you’re playing well or do you think you need to improve?”

Flusha: “I could do better but I’m getting back to where I was once. It’s more about my mindset that has to change right now. I need to stop thinking I’m the one in command.”

“What if you will never win anything now?”

Flusha: I will though. Wherever i have gone in my CS:GO career, I have kept winning.