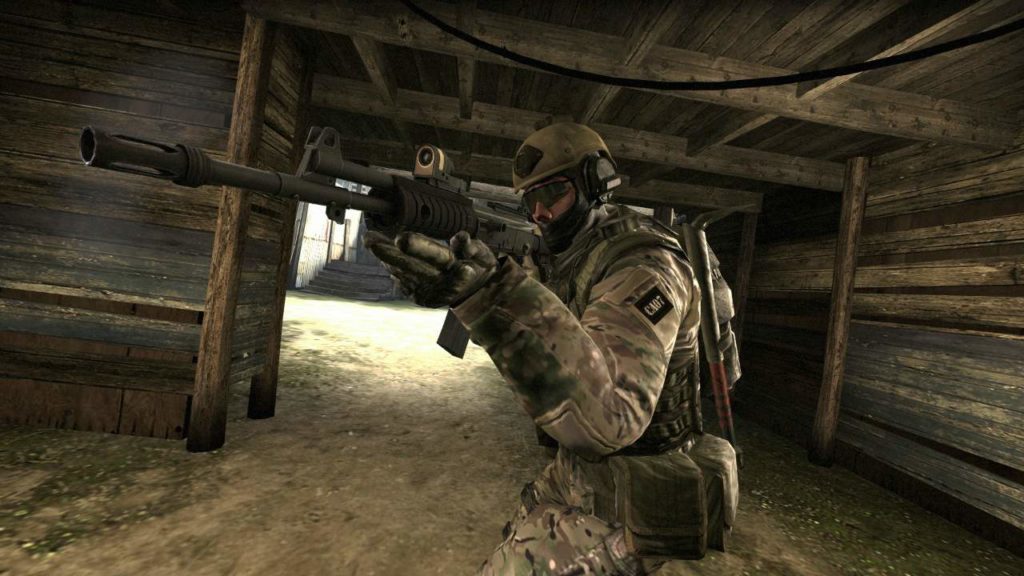 Valve are one of the most successful companies not just in the gaming universe but in the world as a whole, dragging in millions of gamers from all over to play videos via their online platform. They even make video games like the Half Life, Portal, Left 4 Dead and Dota series including one of their most popular, Counter Strike.

The esports scenes in games like Dota 2 and Counter Strike: Global Offense are huge too, with The International prizepool topping $20 million and CS:GO breaking Twitch streaming records. So you would think they would be pretty in touch with their fan base—however you’d be very, very wrong.

The P250, M4 variants and the R8 revolver are all Counter-Strike weapons that could use some changes and have been called for on numerous occasions. I want to nerf the P250, buff the M4’s and remove the waste of space, useless R8 from the face of the server.

The P250: An eco headshot machine

The pistols have come under a ton of flak over the last couple months, as they are seen as “overpowered” due to their one-shot headshot ability and the fact they cost hardly anything. The P250 has come under scrutiny for the same reasons stated above—it’s cheap and can do more damage to a player with head armor than the counter terrorist’s main assault rifles, the M4A1-S/M4A4.

To tweak the weapon, headshot damage against head armor should be taken down from doing 100 percent damage to more 70/75 percent. Why? Because all other rifles used in the game either do around 80/90/100 percent damage with their first bullet, so the cheapest pistol should not be able to one-shot someone with its first. Two bullet kills should still keep the weapon in use thanks to its cheap price, however. And hopefully, the weapon is not nerfed out of existence.

You may be thinking “well what about the Five-Seven?”. It doesn’t need its damage messed with otherwise it would cancel out all effectiveness of the pistols. If anything were to change, however, it should be the ability to spam the weapon with such accuracy or perhaps the price of the pistols in general but, that is another topic to discuss at a later date.

It is time to balance the M4

This buff would go hand-in-hand with the nerf of the P250. It has been a staple of the Counter-Strike series that the CT rifle was not as powerful as the Terrorist side’s AK47. Instead of the AK’s one-tap headshot ability, the M4’s were supposed to be better at spraying down oncoming enemies with an easier spray pattern. It is time to get rid of that, give the CT’s one-tap capability to crush the oncoming hordes of enemy invaders

This would add an interesting dynamic that would change the whole game, more game-changing than making the laser-guided Negev that costs $2,000, and would perhaps push us back to a more uniformed, smarter era of Counter-Strike instead of the frag-heavy, chaotic meta currently used.

This buff is a bit out there but, it would not be the craziest thing Valve has done while updating the game:

This weapon was an absolute, utter failure ever since its inception into the game on Dec. 8, 2015. It was nerfed three days after it was implemented into the game, as it could one-shot fully armored AWPers and rifles for the low, low price of just $850. The R8 has been reworked again, this time significantly reducing the firing delay and taking the price down to $700. This doesn’t fix anything and the weapon doesn’t really have a place in the game, as it fills the same role as the Desert Eagle. This feels more like Valve is trying to make every weapon viable, however, this gun won’t be religiously used.

The R8 tries to do what the Deagle does but is worse. Its accuracy is countered by its firing delay. Its high damage is countered again by its firing delay, as you are unable to get quick picks due to the slower movement while priming the primary fire. If you were using a Deagle however, you can get those quick, clean headshots or double body shots as you can stop moving and fire almost instantaneously if you have good movement.

So instead of trying to tweak this pistol, the best “fix” for the weapon is to nuke it out of existence. It’s a waste of space. The gun is trying to fill a void that never existed in the first place and it is nowhere near as good as the Deagle. If you are a professional player or even a casual Counter-Strike fan, the only time you’ll be using this gun intentionally over the Deagle is if you’re trolling or smurfing.