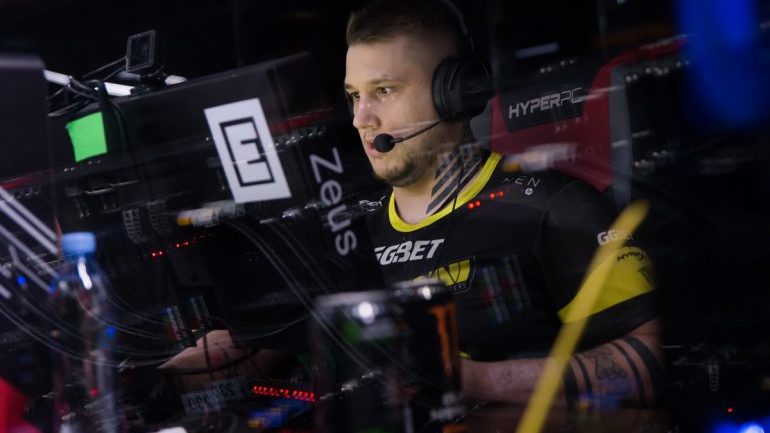 Ukranian esports organization Natus Vincere may try to move on from in-game leader Danylo “Zeus” Teslenko, according to a report by Jarek “DeKay” Lewis.

Na’Vi are scheduled to play against NRG in the StarLadder Berlin CS:GO Major on Sept. 6. But this hasn’t stopped the team from considering replacements. The upcoming BLAST Pro Series Moscow 2019 tournament, which ends on Sept. 14, is expected to be Zeus’ last event with the squad.

It's unclear if Zeus will continue to play CS:GO professionally or move into a managerial position. After a successful stint in CS:GO, Zeus said last December that he plans to end his career in 2019, according to an interview from HLTV.

A replacement for Zeus hasn't been decided, however. Previous Na’Vi player Kirill “ANGE1” Karasov could be an option after his stint with HellRaisers failed to meet expectations. They bowed out of the StarLadder Major in the main qualifier after losing to Vitality.

Zeus has been a part of Na’Vi since he left the roster in 2016 and later rejoined in 2017 after leaving Gambit Esports. The team previously won StarSeries & i-League CS:GO season seven in April and finished top four at ESL One Cologne 2019 in July.

This reported move would leave the best CS:GO player in the world, Oleksandr "s1mple" Kostyliev, on Na'Vi alongside Denis "electronic" Sharipov, Egor "flamie" Vasilev, and Kirill "Boombl4" Mikhailov. Therefore, Na’Vi’s replacement for Zeus is expected to be a new leader.