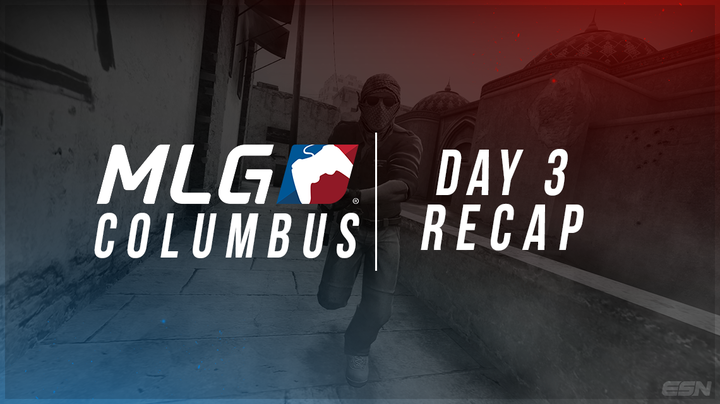 Day 3 of MLG Columbus has come to an end, which also means the end of group play for this event. Here is a recap of all the matches that took place earlier today:

Now that group play has concluded, Day 4 will feature three of the four quarterfinal matchups. Here is the schedule for tomorrow’s action live from Nationwide Arena in Columbus, Ohio:

If you want to compare what has happened so far to what our staff predicted, take a look at our staff’s predictions for this event.

What do you think about the gameplay from Day 3 at MLG Columbus? Let us know by commenting below or tweeting us @eSportsNation .