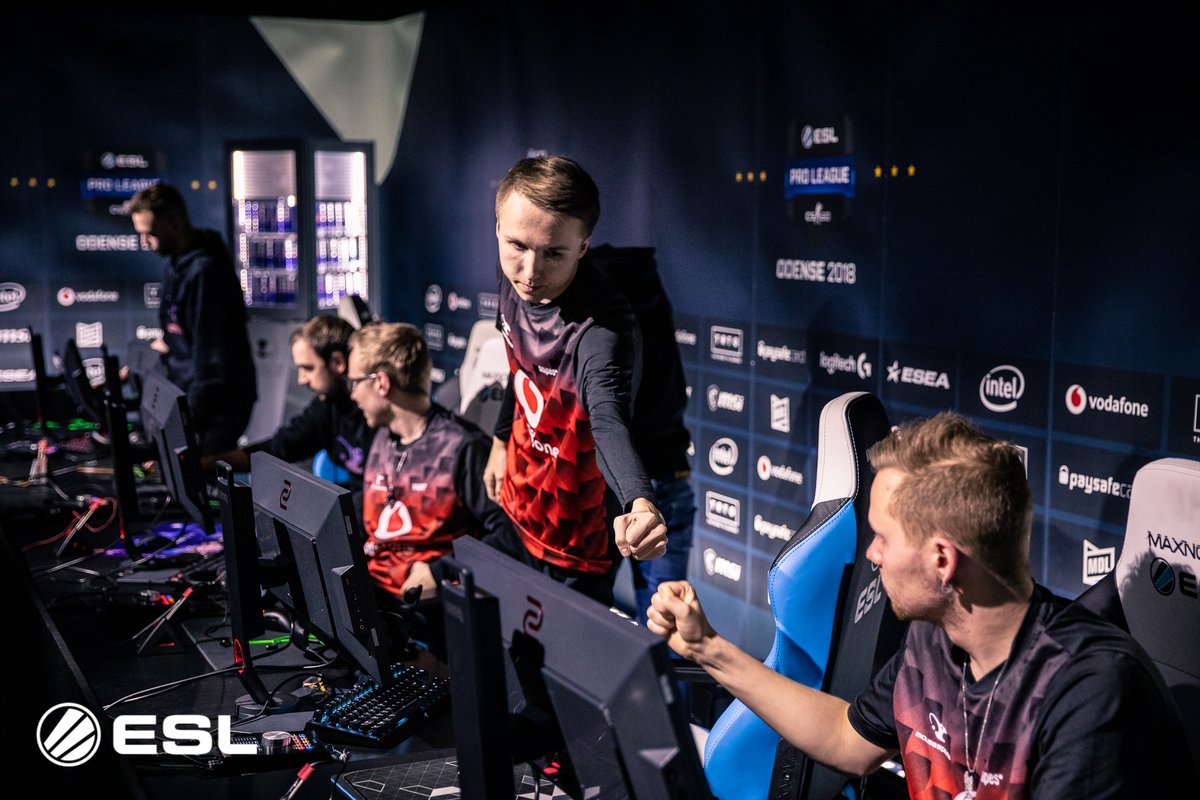 Two more teams are headed to the playoff stage after another day at the CS:GO ESL Pro League Season Eight Finals.

MIBR and Mousesports will move on from Group B, after Astralis and Team Liquid won Group A yesterday. MIBR narrowly beat NRG Esports in three maps, and Mouz later swept Natus Vincere in two surprising maps. MIBR and Mouz will fight for a semifinal spot tomorrow, with the loser dropping down to the quarterfinals later this week.

Related: Astralis and Liquid claim playoff spots in day one of the EPL Season 8 Finals

The Brazilians of MIBR claimed their rightful spot in the playoffs by going the distance with NRG in three maps. After winning Overpass and losing Inferno, Gabriel "FalleN" Toledo and co. were down 10-5 at halftime of Mirage. But they came back on the CT side, taking home the series in overtime at 19-16. Marcelo "coldzera" David stole the show on Mirage, sealing 33 frags by the end of the overtime showdown.

In the second winners' match of the day, Mouz stunned Na'Vi with two one-sided scorelines on Nuke and Train. Each of the European stars outfragged the CIS powerhouse, with the exception of their star player Oleksandr "S1mple" Kostyliev, who had a relatively quiet series.

The conclusion of the EPL Season Eight Finals group stage will be tomorrow, and only two quarterfinals spots remain for teams in the lower brackets of both groups. Sharks vs. Na'Vi and Ghost vs. NRG will kick off the action at 5am CT in Odense, Denmark.