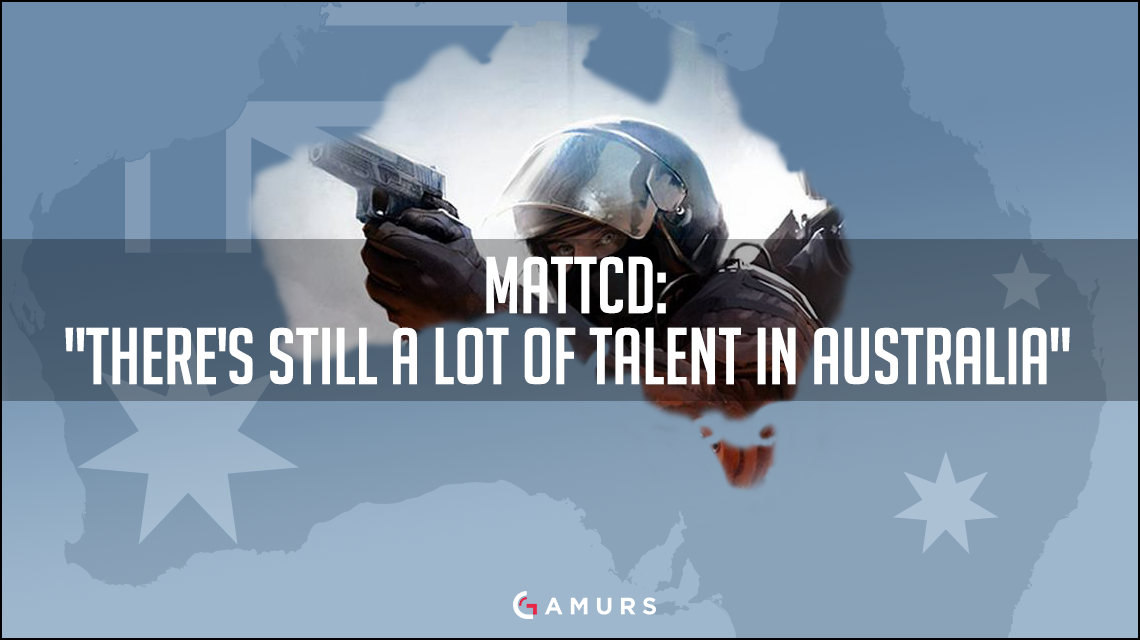 I caught up with Matt “MattCD” Lenard in between games at the ZEN League Offline Qualifier where his team – Legacy Esports – failed to qualify after a close series loss to Immunity. They did manage to qualify for the upcoming CGPL season though, where they’ll be facing off against some of Australia’s top sides.

One of the big points of contention in the scene right now is the topic of cheating. What are your thoughts on cheating at the varying levels of amateur and professional play in Australia?

Mattcd: “It’s something that will always exist, it doesn’t seem to get resolved in the manner you’d think. Like, there’s been a lot of cases where people haven’t cheated but they’ve been banned for cheating and then they’ve been unbanned, so I think [people] are hesitant to ban people who everyone thinks are cheating.”

Here, at the ZEN League Offline Qualifier, Dark Sided just upset Avant Garde (former Parallax) in shocking fashion to qualify for the league. What do you make of the competition here?

Outside of the teams here at ZEN, and the big names that qualified for CGPL 10, who are some other, smaller, teams that you think deserve more praise?

“The first team that comes to mind is Dark Sided, even though they’re here. I mean, they all came up from just being like pug players and now they’re winning LANs, so hats off to them. It shows there’s still a lot of talent in Australia.”

Did you prep a lot for this [ZEN League Offline Qualifier]?

“We had a week boot camp in Melbourne, where we thought ZEN was going to played originally, but then they obviously moved it to Sydney.”

So an element of the event before it was moved to Sydney was going to be the Asian teams playing on the second day. As a team, how would you have prepared for these international teams?

Following on from that, what are your biggest strengths as a team, and what is sort of your team’s philosophy?

“[Our biggest asset is] how we work together really well; our big emphasis is on teamwork. In terms of philosophy, I think we have a loose playstyle. We never try to rush things, but we aren’t heavily strat based either. We like to work off what other teams do, as in, forcing them to make a mistake, then go into something.”

What about as a player; what are your biggest assets individually?

“Probably versatility, I can use an AWP or a rifle. It really benefits our side, like, for example, on Dust II, it’s good to have two strong AWPers on either side [of the map] if stuff goes wrong, and it’s also easy to shut down a team.”

Do most other teams in the Australian scene play like that [loose style], or more strat focused, or neither?

“I think a lot of teams in Australia are very aim-based. You see that with Renegades or Winterfox, when they first went [to America], there wasn’t much strategy to them. Mainly because in Australia – Renegades for example – were the best team, nobody contested them so it got to the point where they didn’t need strats, they just knew how everyone played and beat them. Now you see them in America and they struggled [at first], but now they’re getting better because they’ve become that [teamwork orientated] and strat based sort of team.”

If you’re a top Australian team, is it better to stay domestically, win most of the tournaments and dominate, or take the risk of potentially getting rolled financially, and by other teams, and move overseas like Renegades or Winterfox.

“It’d be much better to go overseas, since there are more opportunities and more events to improve. I mean, you’re actually playing for something over there, like, in Australia there is a bit of an oversaturation with tournaments right now, but they’re all online; at least in America or Europe, [the events] are all like LANs, so that’s always going to better.”

Thanks to Matt and Team Legacy for taking the time out of their tournament day to do this interview. You can find Matt on Twitter here and watch Legacy honestly just slice up the competition at CGPL Season 10 and the ZEN League.

Interview done by Max Melit @ ZEN League Offline Qualifier, who can be found on Twitter @max_melit or be contacted through email: [email protected]