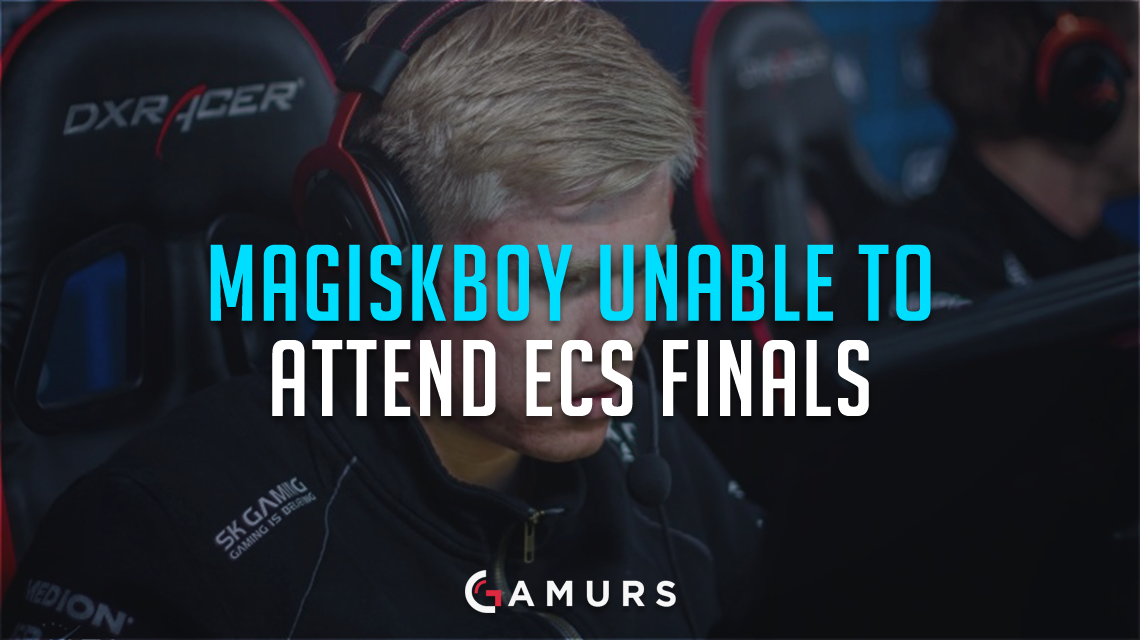 Dignitas’ youngest player, Emil “Magiskb0Y” Reif annouced that he will be unable attend the ECS Season 2 finals with his team because of a school exam.

For people wondering, I will not be playing @ecsleague with the team. I will be travelling home since I have a big exam assignment ???????? xD

Dignitas finished fourth at the European qualifiers for the event, and has yet to announce a replacement for Magiskb0Y, only stating the following:

.@Magiskb0Y will not attend @ecsleague with #DIGCSGO next week due to an exam. We will be announcing our stand-in soon, stay tuned!

The $750,000 tournament is scheduled to take place at Anaheim Arena in Anaheim, California, from Dec. 9 to 11.

Who do you think will replace Magiskb0Y for the event? Will this hinder the team too much? Let us know in the comments below or tweet us @GAMURScom.