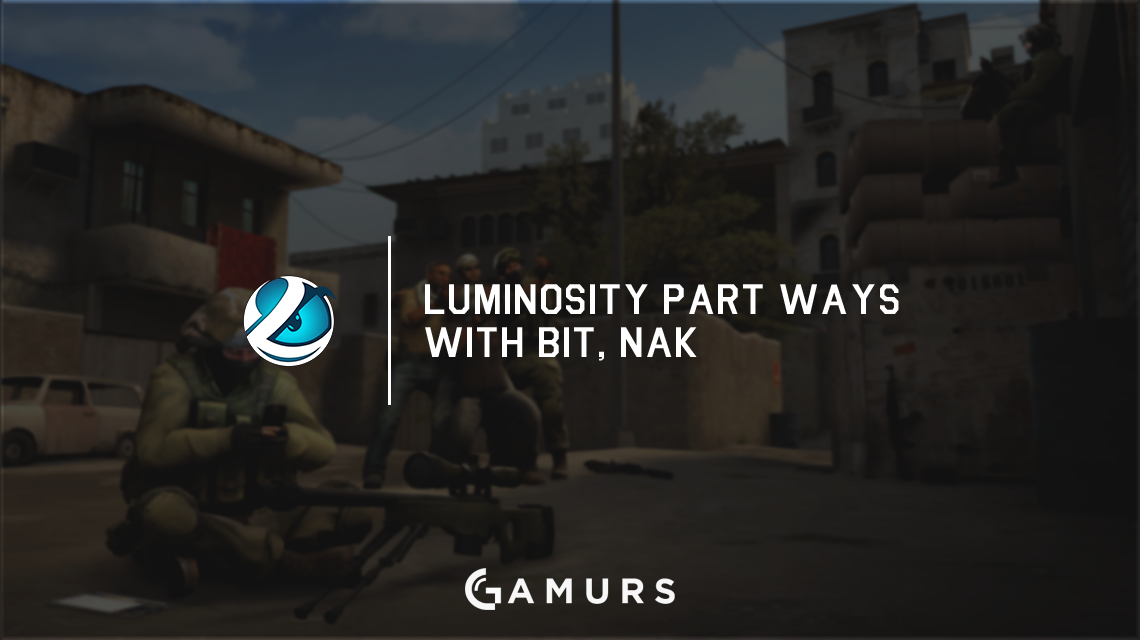 The change comes just hours after the team’s 2-0 loss to Vault in the CEVO Season 10 Lower Bracket Finals.

After losing their previous roster to SK Gaming in early July, Luminosity signed WinOut’s roster, a team both nak and bit were on.

The team has struggled to find any good form since joining the Luminosity banner, losing to Echo Fox in the ESL Pro League Season 4 Wildcard match, before falling to Immortals at the StarLadder i-League Star Series Season 2 qualifier (5-8th placing) and Team Liquid at the CyberPower PC Summer 2016 Pro Series (5-8th placing).

With the struggles, a roster change needed to be made. According to bit, it was a team decision.

There is still no official word from Luminosity Gaming regarding the change. Their current roster is as follows:

Did the team make the right decision by cutting nak and bit? Let us know by commenting below or tweeting us @GAMURScom.