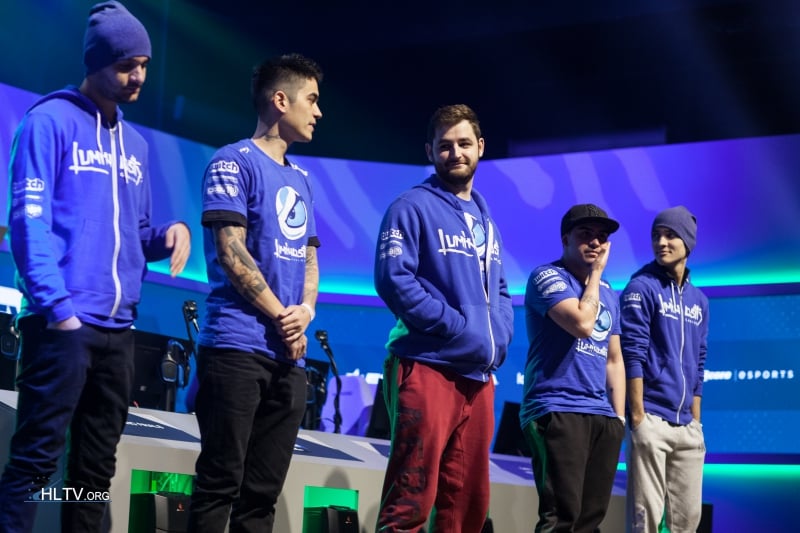 April 3, 2016: the Counter-Strike: Global Offensive community grabs the edges of their seats as they get ready to witness what should be a historic best-of-three between Na’Vi and Luminosity Gaming to decide the champion of the largest Counter-Strike tournament to date. The first game turns out to be a nailbiter; going into overtime, Luminosity just barely managed to close out the game and jump out to a 1-0 lead in the series.

However, from the moment game two began, it was clear to the crowd that the Brazilians would not be denied. The championship rested in Luminosity’s pocket before the game even ended. After a year of struggles in an unknown land, the crownless had finally obtained a crown. On April 3, 2016, the CS:GO community witnessed the crowning of a new period, one belonging to the Brazilians. Now the scene is approaching a crossroads, as the biggest event in CS:GO history is in three weeks and it is entirely possible that we witness the establishment of the Brazilian era occur at ESL One Cologne.

What defines an era? How can a team truly put their stamp on a time period and lay claim to an era. An era requires unparalleled dominance and consistency; one need not find themselves as champions of every event, but they must remain consistently at or near the top event after event. Luminosity have not truly laid claim to this era yet, as the vestiges of their exit in the group stages of DreamHack Malmo remain in the atmosphere to haunt them.  In order to truly lay claim to this era, it requires Luminosity Gaming to outdo their competition. If they fail to win either ECS or ESL One Cologne, the pages of CS:GO history will simply have a footnote devoted to the Luminosity period, rather than the Luminosity Era.

Luminosity gaming is one of the most coordinated teams to ever touch the game of Counter-Strike. Blessed with one of the greatest Counter-Strike minds to touch the game in Gabriel “FalleN” Toledo, Luminosity utilizes beautiful tactical play in order to succeed at the international stage. However, do not let their graceful play delude you. The reality is that as a team they have built a physique to brawl with the best of them. Possessing world class riflers, AWPers, clutchers and support players, Luminosity has the ability to win in whatever manner they wish.

Stars On the Horizon

The past two months in Counter-Strike had been characterized as a transitional period for CS:GO’s pantheon of gods. Players like Olof “Olofmeister” Kajbjer Gustafsson and Ladislav “GuardiaN” Kovács, some of Luminosity Gaming’s main competition, found themselves unable to attend events and contend for championships. Subsequently, Luminosity Gaming wasted no time in taking advantage of the absence of the gods of CS:GO, winning three of the next four events that they attended.

However, at ESL One Cologne and ECS Finals, Luminosity Gaming will come face to face with old gods and new alike. Over these past two months, new teams and old teams have risen up to face off versus Luminosity and challenge them for the top spot. Teams like G2 Esports and Fnatic have once again risen through the ranks of the scene and look to be added to the list of the contenders for the title at ESL One Cologne.

Due to an absolutely horrendous seeding system, Luminosity Gaming have found themselves in a group with two of the current gods of the game, Richard “Shox” Papillon and Olofmeister. In their current form, these two are some of the deadliest players to ever play the game, with Shox reigniting his prime after a lengthy period of time and Olofmeister simply re-entering the scene with the same form he exited with. The road ahead may be tough, but Luminosity Gaming are well equipped to traverse it. To beat a god it requires a god, and that is exactly what the star player of Luminosity Gaming, Marcelo “Coldzera” David, has proven himself to be.

Up until this point in the year 2016 has been the year of Coldzera; constantly putting up god level performances at tournaments, Coldzera has established himself as an inarguably top two player in the world currently. Coupled with Coldzera, Luminosity Gaming also has the luxury of having Fallen on their roster. Over the course of this year, Fallen has managed to establish himself as not only the best in-game leader in the world, but also as the undisputed best AWPer in the world. With Guardian’s precipitous decline in form, Fallen stepped up to the plate and took his place as the best AWPer.  Fallen and Coldzera combine to form one of the greatest dual threat setups in the world in current form, after all, other than Luminosity Gaming, no other team in the world can boast containing two top five players in the world on their roster.

While it may be easy to point to Fallen and Coldzera as the hard carries of the team, what makes Luminosity Gaming so deadly is that the rest of their roster are no slouches in terms of carry potential either. The beauty of Luminosity Gaming’s depth is that over the course of their run on the international stage, other members of the roster have stepped up and willed the team to victory in situations that seem improbable.

Establishing an era is never easy. It requires a foundation the likes of which only a few teams in history have established. Tactics, skill, and an indomitable will all must come together in a special concoction in order to establish a championship team, and even then an era is not guaranteed to happen. However, over the past two months, Luminosity Gaming has set themselves on the precipice of establishing an era, all that needs to be done is seeing it home.

It will not be easy; the competition is tough, the pressure will be high, and no one would blame Luminosity Gaming if they faltered under the magnitude of the task that lies ahead. If Luminosity Gaming truly wish to own this era in the pages of the book of Counter-Strike history, then they must not falter, they must weather the storm and emerge as champions, for the ones who own the era are the ones who end up obtaining immortality.