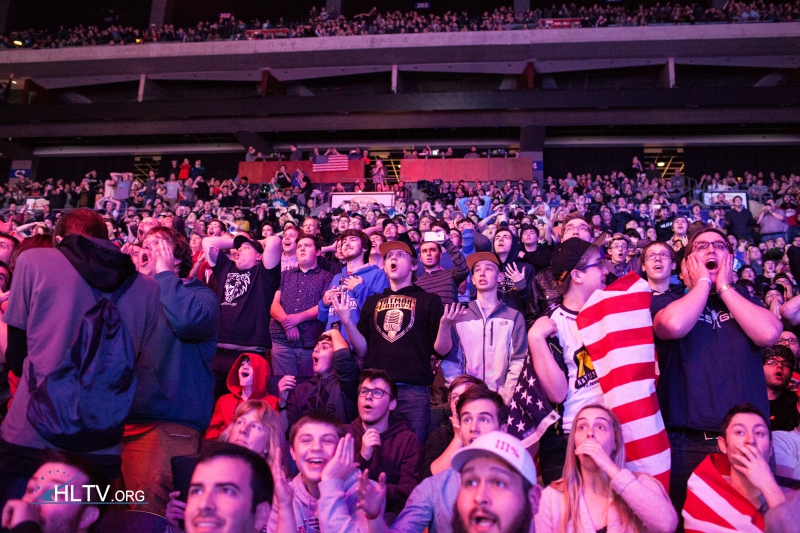 On July 5, 2016, the Electronic Sports League One Cologne starts. It has been designated as a Major event, which means that it is an official Valve sponsored event where they increase the prize pool and make stickers for the participants. Because of the prestige and money attached to Majors, they are recognized as Counter-Strike: Global Offensive’s biggest events.

Despite that distinction, there are still three problems that currently exist within the Major system: format, seeding and the last map randomizer.

For now, I will ignore format. It is the least of the problems and cannot be dealt with easily and would require it’s own in depth article on who and what the tournament format should cater to. The other two problems, seeding and the last map randomizer, can be fixed easily.

The current seeding system seeds based on results from the last Major which can vary time wise and then seeds the qualifying eight teams based on their performance. They are put into four tier groups and are randomly drawn.

In essence, the seeding system ignores all other events, games and context of the teams that has happened between the time of the Majors. Teams can go up or down in very little time, as we saw with teams like Team EnVyUs, Team Liquid and Counter Logic Gaming.

In a more theoretical context, this means that a team that is not ranked in the top-20 by HLTV can be treated as a top eight team in the tournament like CLG. This can create gross groups where multiple favorites can be knocked out early on because of a bad group draw, as is the case in Group D with Fnatic, SK, G2 and FaZe Clan. This is a group that has three teams who are favorites to make it to the finals and a fourth team that could make it to the playoffs in any other group.

Any seeding system that lets this happen, needs to be looked at.

Those are the downsides to the seeding system. So what are the upsides? As far as I can tell, the only benefit the current seeding system has is that it is inherently biased towards weaker teams advancing to the playoffs. Either one of three scenarios can occur when making a group:

1 – A group is formed that has all of the strong teams in one group, making every other group weaker by default and helping weaker teams advance.

3 – Groups are balanced, in which case you get the same or similar results to a better seeding system.

In two out of those three scenarios, the random group selection creates upsets; upsets that are of little value in terms of fair competition or narrative. Weaker teams advance to the quarterfinals not becuse they upset a better team, but because they drew a better group by luck.

There are plenty of ways you can change the seeding system: Use a panel of experts, use a pre-existing CS:GO ranking system like Duncan “Thorin” Shield’s CS:GO or use HLTV rankings. While you could argue that they are all biased in some way, the current system in practical terms is already biased to the weaker teams.

The biggest benefit of the change is fair play for every team involved so that every team has a similar chance to get out of groups and no one feels cheated. A side benefit of this is that by changing the seeding system to be more inclusive to things that happen outside of the Major, it creates a very natural narrative for seedings at the Majors as performance gets ranked for each team. Based off that performance, these teams would get a better seed at the Major, so we know where each team gets seeded as they qualify.

The other problem is the last map randomizer. The deciding map of each best-of-one or best-of-three series is decided by randomly picking the last map among the three that are remaining. This is another mechanic of the Majors that has no discernable benefit to anyone except for two parties: weaker teams and bad drafters. Much like the poor seeding system, this mechanics is also biased towards weaker teams (assuming both teams have equal ban-pick skill). This is because the better team should always have a better chance to win on more maps, whereas the worse team usually needs a specific map to get an advantage.

This is a clear detriment to fair play as teams with a better ban-pick system and a deeper map pools are punished, while those who lack in this area can luck out with the randomizer. It does not make the game or series narrative any more exciting, it actually makes it much worse.

In the current system, a dice roll decides the fate of teams. Whereas in a regular ban-pick system, we get to see the strategy each team employs and that creates a much more engaging narrative. A very recent example of this is at the ECS finals, where Astralis played Team SoloMid. Astralis did not do the scouting and decided to pick Cobblestone, a TSM specialty. They were then beaten in the best-of-one and were placed in the loser’s side of the bracket, where they were eventually eliminated by Cloud9. Here we have a narrative of one team’s hubris being punished, whereas if this was played in the Major, one of two things could have happened.

1 – Cobblestone is not picked as there are two other maps that can be randomized.

2 – The map is picked and TSM win, but we chalk it up as a semi-lucky win because we as spectators assume that Astralis would have banned cobble.

Also, this takes away from the chicken scenarios where both teams refuse to ban a map trying to bait the other into banning it first and effectively wasting a ban. The ban-pick phase is a great system for teams to show their cleverness and understanding of the game without being in the server and it creates a great pre-cursor for analysts to draw out how a particular matchup can play out.

Whether or not the mechanics of the current seeding system and last map randomizer were made to be biased for weaker teams to advance is irrelevant, because in practice, that is what it does. If it is done on purpose, it is both demeaning and insulting to weaker teams that want to prove themselves and unfair to better teams. If done by accident, then it is just an unfair system that can be easily replaced without requiring any resources.

There are no reasons to keep the current system. Beyond the obvious concerns I have brought up, there is also the fact that such mechanisms are no longer needed to create upsets. Beyond the top four teams, the skill gap between the fifth best team and the 20th is not insurmountable. Neither Immortals or TyLoo made it past the qualifiers, but the Immortals won DreamHack Summer over NiP a week after losing at the qualifiers and TyLoo upset Luminosity (now SK) in a best-of-three earlier this year. TSM was an unranked team, but were able to play Fnatic close, upset Astralis in a best-of-one and beat Cloud9. We are at a point where lesser teams no longer need such mechanisms like bad seeding systems or a last map randomizer to make upsets happen.

There are no discernible benefits to keeping either the seeding system or the last map randomizer as is and all the reasons in the world to change or remove them.