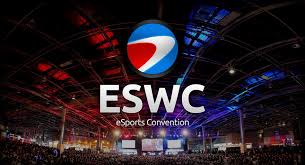 Whilst the ESL Pro League Finals in Brazil will have every elite team bar the apex predators – Virtus.pro – present, and as such the eyes of the entire community; running at the same time is the relatively small ESWC 2016. The spectacle and grandeur of a massive prize pool with swaths of strobe lights washing a swarm of excited faces will be absent from ESWC, or at least existing in a more microscopic sense. However, what makes this tournament interesting is the nature of the lower-order teams in attendance, and the large handful of up-and-coming talent that comes along with them. These both old and new names present in France will represent the next wave of talent acquisition in the never-ending cycle of CS:GO pro play.

As players that exist in the top-end of the scene ride out contracts or cash in their cheques until a mutiny of politics remove them from their side, there is no shortage of hungry, up-and-coming talent at ESWC 2016, looking to be adopted by these larger organisations. As such, ESWC will provide a chance for the players to imitate the same quivering, tear-filled eyes that a puppy uses to be adopted at an animal shelter. Instead of hopelessly looking up on all paws, ESWC will hopefully provide a unique spectacle of previously unheard of talent making a mark on LAN.

These both old and new names present in France will represent the next wave of talent acquisition in the never-ending cycle of CS:GO pro play.

This analogy holds even more water when looking at the recent acquisitions by burgeoning/large teams. In the last two months alone we’ve seen Nikolaj “niko” Kristensen move to Heroic from Tricked eSport, Christian “IoWel” Antoran move to Mousesports from Penta, Christophe “SIXER“ Xia move to Team EnVyUs from Millennium, Bence “DeadFox“ Böröcz move to Hellraisers from Escape Gaming, John “wenton” Eriksson move to Fnatic from Team Preparation and Denis “electronic“ Sharipov move to Flipsid3 Tactics from NokSuKao. Relative to the vast majority of organisations represented at ESWC, the calibre of teams in bold offer a greater opportunity to succeed, and a more substantial cheque at the end of the month.

Going down the team list of ESWC 2016, some names immediately stick out as candidates for bigger and better things.

The top end of the Swedish scene is becoming messier and messier every day. The swap between GODSENT and Fnatic seems to be more in a state of perpetuated osmosis than a hard-cut change. To add on top of this, the Maikelele/Pyth situation happening at Ninjas in Pyjamas raises more questions than it answers, as one of the two will be left out to dry. Within this maelstrom of uncertainty, a handful of rising Swedish talents could make themselves known to the now weakened organisations that once proved to be an unlofty goal. Fortunately, at ESWC there is an abundant Swede population to keep an eye on.

It shouldn’t come as any surprise to see Draken, freddieb and disco doplan from Team Epsilon as the most promising candidates for transcendence into the next echelon of play. With LAN experience already under their belt at Dreamhack Summer, Asus ROG Summer and the Gfinity Invitational, a solid placing at ESWC would be the extra padding to an already impressive enough resume for a big Swedish org to take notice. Epsilon’s three main sources of firepower represent a wide range of flexible skill that wouldn’t go amiss on any team. Draken is the primary AWPer, Freddieb their primary rifler and Disco Doplan a hybrid of the two. Whilst it is unlikely to see all three of these players going above and beyond in the next three months, I think it is more than likely that we will see at least one.

Outside of the Epsilon roster, the sole Swede in a team full of Danes – MODDII from Heroic – can’t go without mention. A 1.6 Veteran, after switching to Global-Offensive with Fnatic, he has bounced from Swedish mixes, to semi-professional play, to lacklustre rosters, until he found a groove with Heroic. Boasting an ephemeral moment in the top-ten in recent memory, and a veteran status amongst a list full of young names, MODDII’s appeal is obvious. What’s more, he can actually transfer this experience into in-game tangibles, with his cool head allowing him to prevail regularly in clutch scenarios and keep his teammates calm if LAN inexperience ever gets the better of them. However, due to the player-owned nature of Heroic, it is more unlikely that he would be willing to join a big organisation just on the basis of name value, but everyone has a price. And for a stable, exceedingly reliable, clutch player like MODDII, I imagine that number would be enticing. A Grand Finals appearance could cement this idea in the heads of teams around the world looking for a journeyman that can blend into the fragging core of almost any team.

[MODDII] can actually transfer this experience into in-game tangibles, with his cool head allowing him to prevail regularly in clutch scenarios and keep his teammates calm if LAN inexperience ever gets the better of them.

Both Fnatic and GODSENT Academy will also be present with their prospective rosters. The most recognisable name will be Plessen, who made a stand-in performance for Fnatic earlier this year. Although inexperience is awash in this level of semi-pro play, within the domestic scene of Sweden, there is no place better for stand-in LAN opportunities for bigger teams and trial periods. As such, an eyebrow-raising performance at ESWC over this week could mean we see one of their faces as a stand-in for a big team very soon.

So whilst the titans battle it out in Brazil, keep a weathered eye on some plucky Swedes, battling for their own small ebbs of momentum that could turn into a domestic snowball and finish with a surprising roster move.

Who will you be watching at ESWC 2016? Let us hear your thoughts in the comments below or tweet us @GAMURScom.

Written by Max Melit – admirer and protector of Swedish puppies and finding the most interesting way possible to present CS:GO narratives. Follow me on twitter @max_melit.