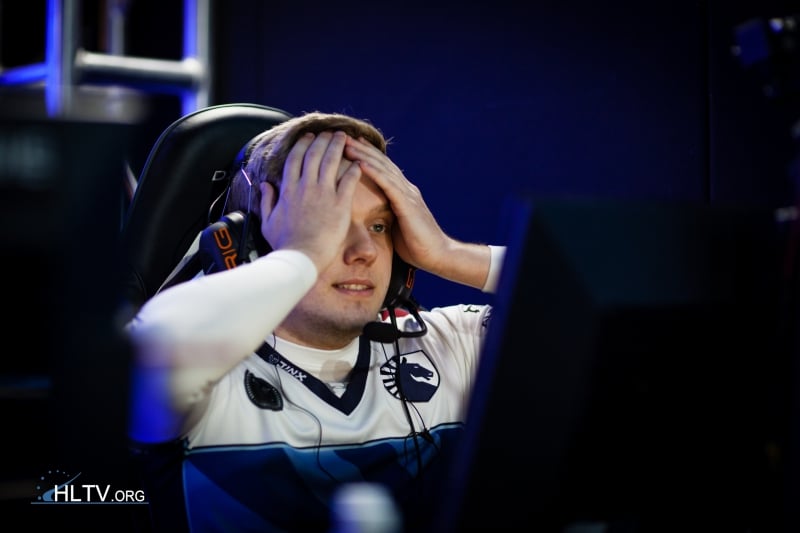 It is no secret that North American Counter-Strike has, barring a few glimmers of hope, consistently managed to find a way to disappoint its fans over the last two years. A large range of factors contributed to these failings, but the one that needs to be addressed are the failings of North America’s current generation of star players. The key characteristic of a true international star is the ability to consistently perform game after game, regardless of how the rest of the team is doing, and none of North America’s stars have managed to take this step for more than a short period of time. These players have had an underwhelming impact on the world stage, stemming from the fact that some of these players have an inexplicable characteristic that causes them to either fail internationally or establishes a cap on their ceiling. The goal of this article is to look at some of these stars, outline their performances internationally, the characteristics that have led to their failures and what that speaks to in regards to the overarching failings of the North American region.

Without a doubt, Skadoodle is the North American star that has had the most international success. With lightning fast flick shots and an uncanny ability to hit tough shots in a manner only rivaled by GuardiaN, Skadoodle quickly climbed up the mountain and became widely recognized as a top two awper in the scene and a top ten player in the world. However, if his ascent were to be described as lightning fast, then his fall could only be characterized as traveling at the speed of light. At the exact moment that the system established by Seangares failed, so did Skadoodle’s seemingly robotic like ability on the AWP. Slowly but surely, Skadoodle degraded as a player to the point that people started to question if he truly had the ability to be a star for Cloud9 anymore. Without question, Skadoodle has the skill to match any awper in the world in terms of mechanical ability, but his mentality towards the game throughout his career has held him back from achieving the levels of success a player of his caliber should be able to. Characterized by a passive mentality, Skadoodle has never displayed the hunger to take over games that other stars throughout the world have. Within the server, he has shown that he is more interested in throwing the paint on the canvas and hoping that a masterpiece is born, rather than going about and taking the initiative to create the masterpiece himself. Skadoodle’s career at this point can only be characterized as disappointing. What else can you call someone with the ability to be great but actively chooses mediocrity?

For the past six months, JDM has been the best awper from North America and perhaps even the best North American player internationally. JDM has shown himself to be capable of holding his own versus the very best, and even outduel them at some points. However, the problem is that over this same time period, he has displayed himself to be an extremely one dimensional player. On any gun other than the AWP, he has extremely small levels of impact. Though players like Hazed have claimed in interviews that they think he is extremely competent on rifles, the fact of the matter is that this said skill has not manifested inside the servers, and that is all that matters. Despite having high levels of skill with the AWP, as a international star JDM will always have a ceiling placed on his play by his one dimensional road to success, one that can be blocked off and has been blocked off by many international teams.

At the culmination of Team Liquid’s Counter-Strike play in 2015, it seemed that for many, Nitr0 was on the cusp of becoming a true international star. He had slowly climbed the rungs of the ladder and managed to improve at every international LAN that he went to throughout the four month span, culminating in a masterclass performance versus Fnatic in a best-of-three series at the ESL Pro League finals. However, it seemed that with the death of 2015 came the death of the old Nitr0, and a player emerged who has been underwhelming for a large part of 2016. Nitr0 has attended a multitude of LANs in 2016 and barring a single map outlier versus Tyloo, he has failed to live up to the the expectations that fall upon a player with his skill set. In addition to his dropoff in performance, he also has been tinted with the hard-to-wash branding of a choker. Nitr0 has been a part of the four man core of Team Liquid that, ever since IEM San Jose, has consistently managed to find ways to lose games that they found themselves leading in. Out of all the cases of North American stars, Nitr0’s case is the least inexplicable; he managed to go from being one of the hottest up-and-comers in Counter-Strike, to someone who is not even a star within his own region, let alone on the international stage with no changes in his role.

Tarik is a player that, within the North American region, has always been hyped up to have the talent to be an international star, and while he has proven himself to be a top player on the North American server he has never truly taken that final step to prove these claims. Tarik has shown the ability to gobble up inferior competition, with his propensity to go wild when facing his stateside competition. However, he has failed to establish himself internationally as a consistent fragging force that CLG can come to rely on. While the team historically has been geared around him and the team awper being the star players, when it comes to international LAN play, it typically was the main awper’s performance that ends up making or breaking the team. Tarik has been blessed with a fantastic and versatile skill set, one that very few other players have, yet he has never lived up to the expectations that such a skill set brings, and in order for CLG to break through internationally, this has to change as soon as possible.

In order to understand the ceiling of Shroud as a player, one only needs to take a look at his breakout LAN: ESL ESEA Pro League Finals. At these finals, Shroud went toe to toe with some of the best players in the world, and came out looking like the better player a majority of the time. With a mechanical ability seemingly gifted by the gods, Shrouds skillset is one that a large portion of the Counter-Strike player base would die for. However, in order to punish him for his mechanical ability, it seems that the gods also blessed him with a mentality that prevents him from pushing his gameplay to the zenith of his abilities consistently. Similarly to Skadoodle, Shroud is a player that is extremely content with letting the gameplay come to him; rather than going out there and bending the forces of Counter-Strike to his will, he chooses to let his opponent dictate the pace of the game. Though Shroud has shown us glimpses of his true ability at work, he has never shown the ability nor the will to impose his dominance on the game consistently, and that is one of the large factors in Cloud9’s rapid drop off from the elite status they had managed to achieve in the summer.

While I have not managed to address the entire current generation of North American star’s and there individual reasons for failings, I have managed to identify five of the most prominent offenders. Not all of the burden for North America’s failings should lie on the shoulders of its current star players, after all, a large factor in the reason why Counter-Strike is so beloved is that it is a team based game. However, in all team based games, the role of the star player is to bear the larger burden, and subsequently reap the larger rewards in times of success. Similarly, star players also tend to bear a larger portion of the blame for their team’s failings. For North American star players, their careers have been characterized by a failure to perform when it matters. When their teammates have looked for them to show up on the international stage, a large portion of them have tended to go missing consistently. As I have attempted to identify through the course of this article, one of the largest factors in the current failings of North American teams internationally is the fact that North American Counter-Strike has managed to breed a litter of stars with defects which prevent them from becoming the players their skill sets indicate they could become.