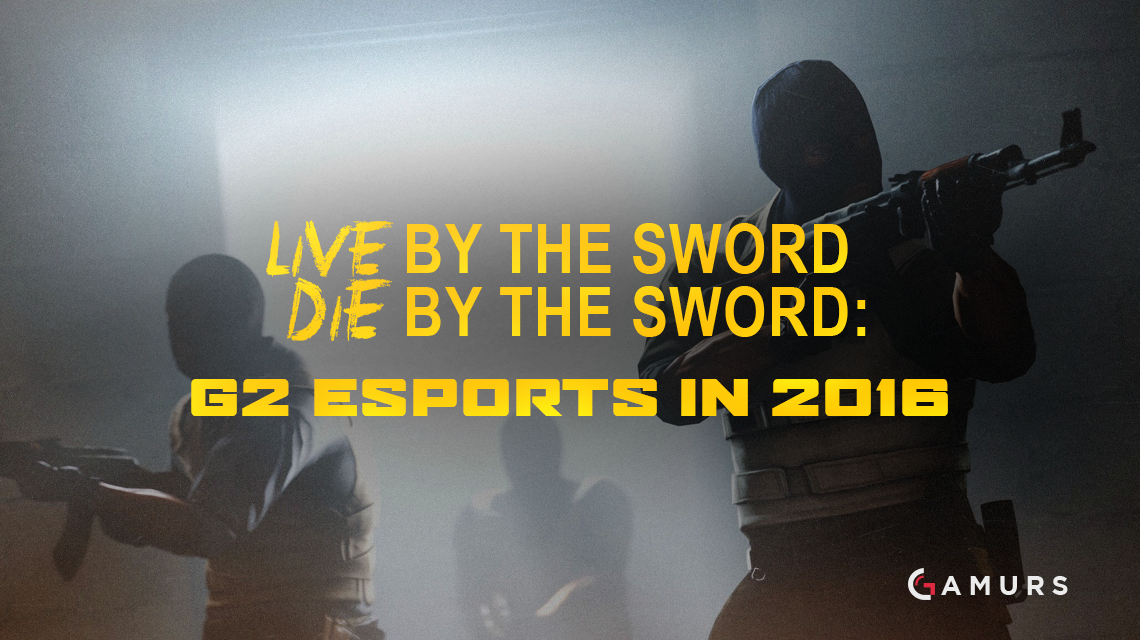 In the scope of Counter-Strike: Global Offensive, every player or team has a system. The clarity and strictness of this system is totally up to the people playing within it. There is no clear rulebook or guide to creating the scaffolding of how a team plays, and the only reliable way to create a successful system is through intuition, experience, and an intimate knowledge of the players within it.

Looking throughout the history of CS:GO shows that no one system is the most dominant. EnVyUs briefly became the best team in the world in late 2015 through a system that relied totally on their individual players carrying the game in an environment free of hard strategies, just as their predecessors, VeryGames in 2013, became the best team in the world through a system almost entirely subservient to the tactical approach of their in-game leader. There is no universally “right” system; the only system that will be perfect is one specifically designed to work with the strengths and weaknesses of the players within the team.

The system of G2 Esports in particular is interesting due to almost the complete lack thereof. While there is a leadership structure, in the words of Adil “ScreaM” Benrlitom, “we don’t prepare tactics, we prepare ourselves.” Their system is one of an environment that caters entirely towards their stars. With very few set executes,  and simple mid-round calls guiding the French side, “out-thinking” their opponents is not a weapon in the arsenal to win games. They rely totally on the individual plays and firepower of Richard “shox” Papillon and ScreaM, and to a significantly lesser extent of Cédric “RpK” Guipouy and Alexandre “bodyy” Pianaro, to overpower their enemies with raw skill and in-game aptitude. This method of winning is as simple and broken in losses as it is brilliant and incomprehensible in dominant wins.

The beauty of this system can only be seen in G2’s most scene-defining victories. When all the elements are working together, the French side’s movement across the map seems more akin to an organic waltz of unspoken and unreadable imposing of sheer skill; rather than a tightly defined model of communication and shot-calling. While nearly every elite team in 2016 has boasted some of the most intelligent and meta-breaking tactical play in the history of CS:GO – as seen through the rise of NiP and Na`Vi early in the year, and followed by the resurgence of SK and Dignitas in the latter half – G2 has remained as an isolated outlier.

G2’s diligence to this system means they live and die by their own sword. They have to credit their grand final appearances and stacked tournament win in 2016 to the same factor that caused them to cataclysmically plummet out in last place of groups time and time again. This is the unfortunate dichotomic struggle of G2. They are a team with all their eggs in the basket of their stars, and when these stars don’t perform, or worse, still are out-performed, then they are a team with no win condition. As such, their entire game plan is structured around generating confidence for ScreaM and shox to snowball from. This game plan has bought about vintage VeryGames-esq performances from both players in spurts, most notably being their April to June tournament run that saw G2 place second to Luminosity in a close best-of-five at the ESL Pro League Season 3 Finals, then win the ECS Season 1 Finals, and top their group at ELEAGUE in flawless fashion shortly after.

In this short two month period, G2 was untouchable, the benefits of having a system that gave two master Counter-Strike artists in their prime a blank canvas to do whatever they pleased yielded some of the most colourful and transcendent individual performances of the year. ScreaM had never looked better as the most refined version of his unique tapping style came to fruition with a clear emphasis also put on positioning, and shox had returned to the mid-round mastery that he once had boasted on Titan and Epsilon.

“With bodyy on the team, I wanted to play differently because I felt that we had to change in order to achieve things, and it worked out well. When you see things clicking in scrims, then official matches, then on LAN, and you start winning… your confidence is boosted, and when it happens, players like ScreaM and I really benefit.” – Shox via TheScoreEsports and Dennis Gonzales

However, the unofficial break in the 2016 tournament circuit put the two fiery, momentum riddened talents of shox and ScreaM on the bench. Although neither necessarily played poorly, the mere numbing of their stars’ impact meant a complete eradication of the win conditions G2 relied on for so long. This, in-turn, had a compounding catch-22 scenario in that, without being able to rack up big upsets or wins due to shox and ScreaM not performing at a high level, shox and ScreaM couldn’t reach a high level to help carry their team to big upsets or wins due to a lack of confidence. This can be shown when shox said in an interview with ELEAGUE “simply, if we improve as a team, my individual skill will improve too.” Here, he was implying that the performance of his team directly ties in with his individual level.

This slump led to G2 finishing 2016 in completely catastrophic fashion. Failing to make the top-four at any big tournaments and regularly being knocked out by teams with significantly less firepower, G2 was a husk of their former selves. They, much like the samurai in their logo, had fallen on the very sword they had once wielded to victory.

While on the surface, this seems like a ludicrous way to structure a team, one must consider the factors that led to the creation of this system in the first place. Before this current volatile era that sees G2 potentially win a tournament one day then bottom out the next, was an era of quiet mediocrity, with the side being defined by it’s leader at the time – Kevin “Ex6TenZ” Droolans.

Ex6tenz’s system is one of the most well known in the history of CS:GO. Being the first true tactician, his model of playing was one of micro-managing his players and focusing on executing a bank of set plays. Although his primary star shox had a skill-set so wide that it at times even transcended the very system he was playing under, for the most part, Ex6tenz knew in a very specific sense what he wanted out of his players. This puritanical strategic model of playing Counter-Strike was not as effective as it had been historically, as G2 (Titan and ex-Titan at the time) finished 2015 and entered 2016. While other teams were dumping this intensive in-game micro-managing onto coaches, allowing them to then bolster their skill ceiling with a player free of any leadership responsibilities, G2 was left with a team stuck in the pedigree and on-paper promise of their names. To add on top of this, Ex6tenz brought about the community’s curse of never making it past the group stage of a major.

As such, after a poor showing at MLG Columbus, it was announced that Ex6tenz, and more importantly Ex6tenz’s system, would be leaving G2, and replaced by the internationally unknown bodyy. As Ex6tenz left, shox took up the mantle of leader and with this change came the system that G2 lived and died by all through 2016.

The system is far from perfect. In fact, as an outsider, it would be easy to say it is more flawed than not. It lends itself to being unfixable from an objective standpoint, and relies totally on the intangible feelings of two specific players to work. When it’s not working, it seems irrational. In one word, for the majority of the time that G2 has used this system in 2016, it has been frustrating. This frustration can clearly be seen, even with shox, who said in an interview with Slingshot:

“As I said before, I don’t know. Honestly we tried a lot of stuff. In four months, a lot of different stuff, different tactics or how we should play and stuff. At the moment it’s still not working, like, we’re not going down and down, but we’re still not going better. It’s always the same, and we’re not happy with the results so at this moment I don’t know. I don’t have any solutions.”

But in the end, is this frustration worth it? While they have punctuated their run with a flaccid exhale of failure, the high-points have been some of the highest in all of 2016. They were the only team able to truly contend with the Brazilians at their peak. As a team, they nearly put an asterisk on the entire Luminosity/SK era with some of the closest series losses on the biggest stages. When every team was trying to imitate the greatest teams by employing tactical or teamwork heavy styles, G2 stood out among the elite.

Their style and system was unique and broken in the most spectacular way possible. Through this system, G2 achieved some of the highest highs, and albeit however ephemeral these moments of greatness were, at least they didn’t wallow in mediocrity.