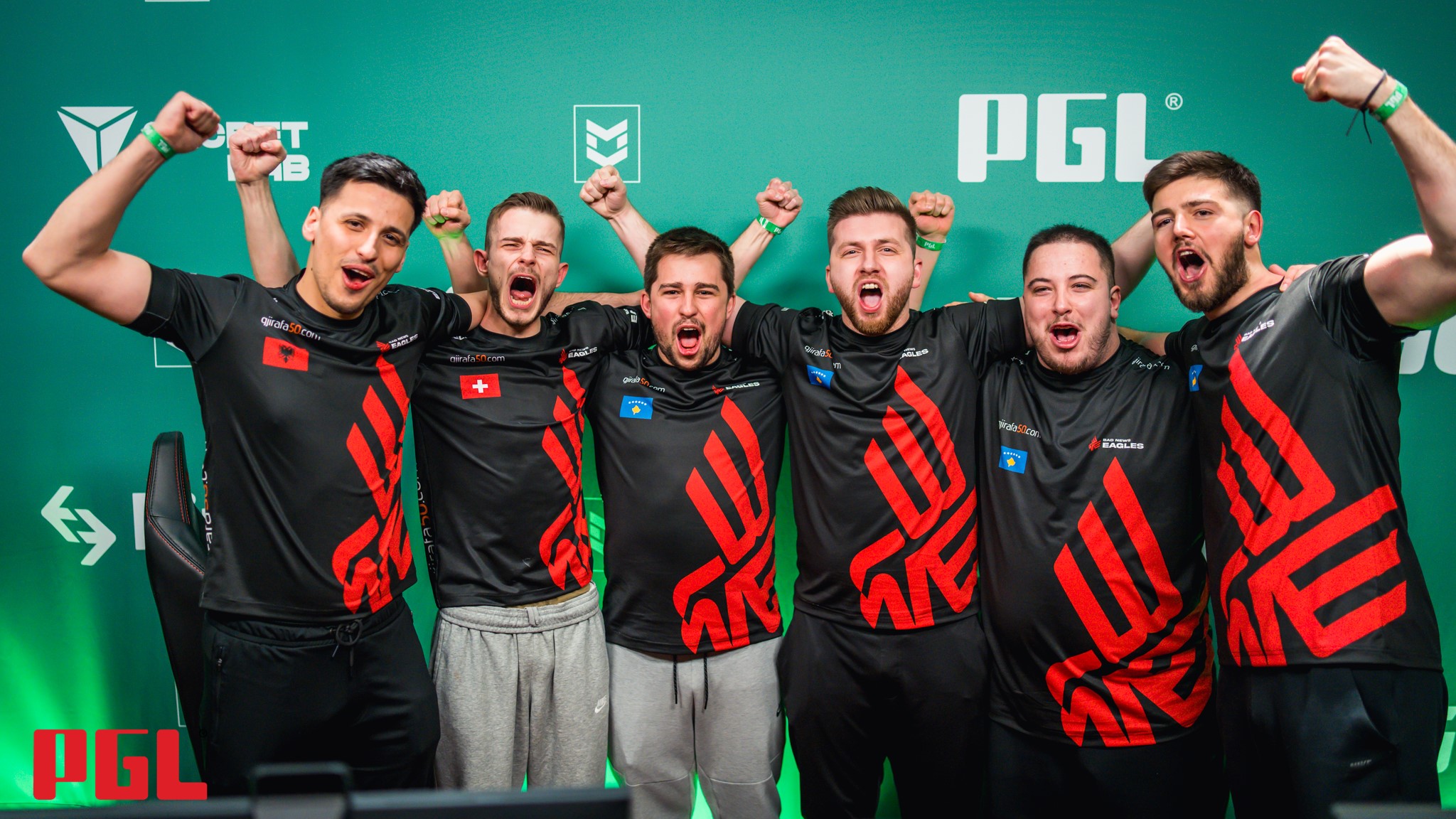 On Sunday, April 24, Bad News Eagles, a team comprised of Kosovan players, qualified for the PGL Antwerp CS:GO Major by beating SINNERS 2-1 in the Europe Regional Major Rankings B. Following their victory, Kosovo’s Prime Minister, Albin Kurti, congratulated the team for their achievement.

“Not many have the chance to make history,” Kurti said in a post on social media. “Today they did by becoming the 1st team ever from Kosovo to qualify in one of the largest esports tournaments in the world.” And he isn’t wrong: Majors are undeniably some of the most anticipated events in the esports ecosystem—at least in the world of professional Counter-Strike.

Every player in Bad News Eagles is from Kosovo. RigoN, however, shares two nationalities: Swiss and Kosovan.

The current Bad News Eagles roster was put together less than three months ago, making the feat even more impressive. The team have yet to win any significant trophies, but they will have the chance to make history again at the PGL Antwerp CS:GO Major.

Bad News Eagles clinched their spot at the Major by defeating teams like Entropiq, ASG, and SINNERS. They will begin the tournament in the Challengers Stage, which begins on May 9. Before that, however, they will participate in BLAST Premier Spring Showdown 2022, which starts on Wednesday, April 27. Their first opponent will be Ninjas in Pyjamas.