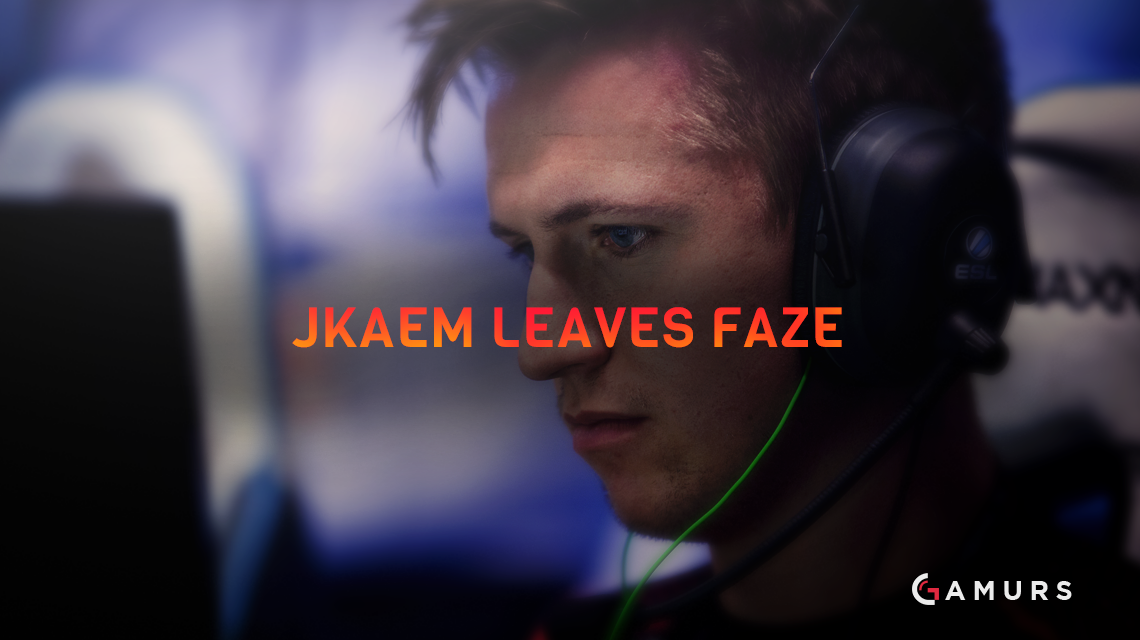 FaZe Clan’s Joakim “jkaem” Myrbostad has announced his departure from the FaZe organization. After months of being on FaZe Clan’s bench, he has decided to follow other pursuits. Jkaem’s statement on the matter can be found here.

What happend and le future!

Jkaem was replaced by Fabien “kioShiMa” Fiey on the FaZe roster, and the team has showed impressive results in recent events, such as the ELEAGUE Major Qualifier, ELEAGUE Season 2 and IEM Oakland. The organization has not yet made an announcement regarding his departure.

What do you think about Jkaem leaving FaZe? Tell us what you think below or with a tweet @GAMURScom.