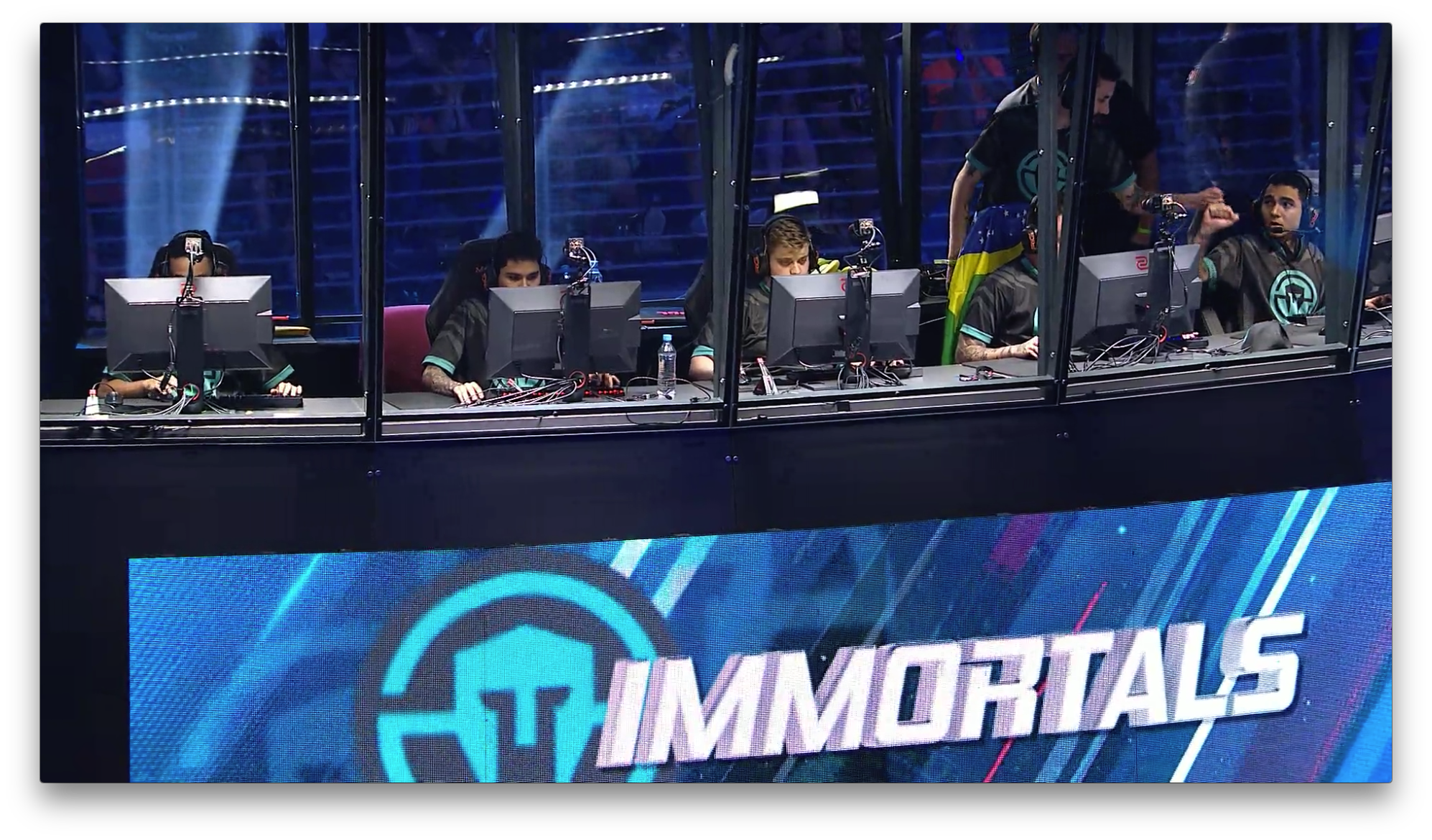 The stage is set for the grand final of the $1 million PGL Major in Krakow, Poland, and Immortals astonished thousands of fans who thought Virtus Pro would advance to the grand finals on home turf.

Immortals chose Inferno as the first map pick, and VP answered with a Mirage pick. Cobblestone was left as the match decider thanks to Immortals’ final Train veto.

A Terrorist side Immortals played to the weaknesses of an overly aggressive VP to gain a good lead quickly in the first half. An unorthodox triple-AWP setup helped the Poles win a few rounds, but Immortals maintained their a 11-4 score by the end of the half.

The second half was unforgiving for Virtus Pro, as the Brazilians locked down their sites with great coordination to prevent a plow comeback. Immortals finished off their map pick with a dominant 16-5 score, while Lucas “LUCAS1” Teles soared atop the server at 25 frags and a 111.3 average damage per round.

Immortals kicked off the second map on the Counter-Terrorist side with a 5-0 lead, using map control to their advantage. VP finally found a bit of momentum thanks to a one-on-four clutch from Jarosław “pashaBiceps” Jarząbkowski after being down 7-1, but Immortals held the line to reach halftime 11-4.

A pistol round win from Virtus Pro brought them back into the game, as they finally found a rhythm to win six rounds for their Counter-Terrorist eco. The under pressure Brazilians regrouped at 12-11 to slow down the pace to play more methodically, resulting in a four-round streak to close out the map 16-11.

Despite the apparent bias from the talent and the crowd, Immortals collectively stunned over 15,000 fans in Krakow, Poland with their 2-0 sweep of Virtus Pro.

Immortals became the first challenger team in history to advance to a major grand final. Their sweep of Virtus Pro earned them a shot for the major title against Gambit. A brand new major champion will be crowned tomorrow, as a surprising and unpredictable weekend of Counter-Strike is reaching its conclusion.