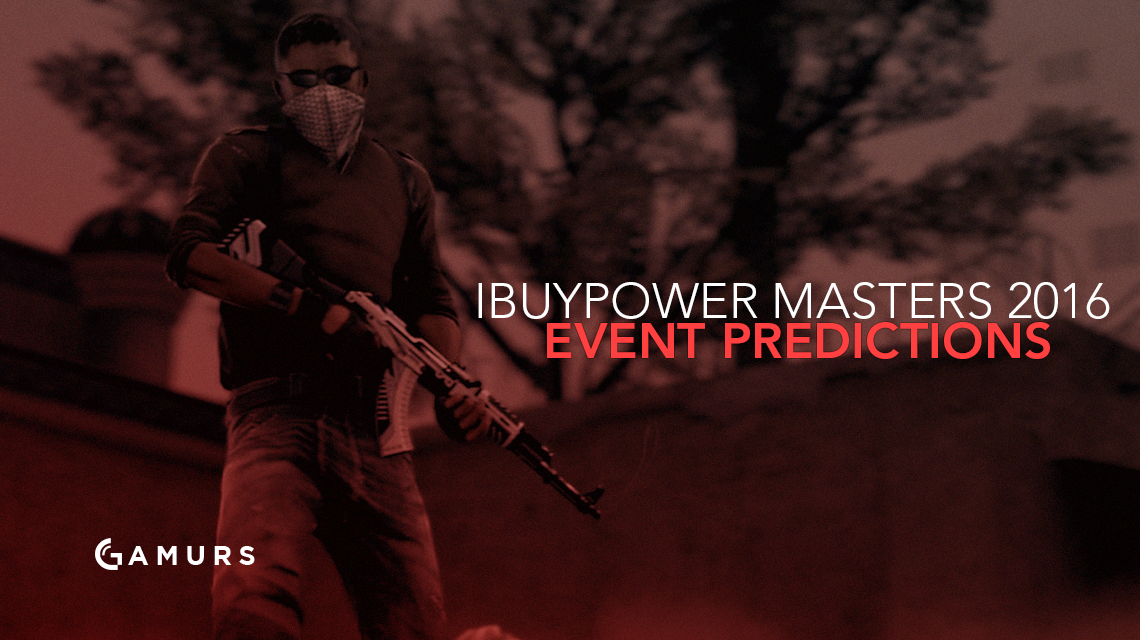 Throughout this article, I will be sharing a few of my thoughts and predictions for certain teams at this event. Not only is there $100,000 to be cast out amongst the competitors, but four spots at IEM Oakland, where the prize pool triples and the talents get infinitely more difficult.

So here are the eight teams racing for those spots:

Right off the bat, I think it is pretty obvious who should qualify. Cloud9 has just won the biggest international event for a North American team in 10 years. FaZe Clan just had a roster shuffle, but with the addition of Finn “karrigan” Anderson and now Fabien “kioShiMa” Fiey, they look to have a little bit more potential. Finally, although Immortals hasn’t been up to scratch as of recently, a roster move to remove Wilton “zews” Pardo and add in Lucas “steel” Lopes could add some much needed fragging power.

The main reason Group A has been easy is that Echo Fox is in it. I could go on a rant, throwing them under the bus, dragging them out by their jerseys and throwing them again, but Thorin did a much better job of it here.

Group A has the number one team in NA, Cloud9, who should have an uncontested run to the grand finals of this event. TyLoo is a Chinese team who has secured a 10-year visa for North American events and wears a completely different brand on Counter-Strike. They should easily get second place in this group. Flipsid3 has been around for awhile, however, with a last minute substitute for Dennis “electronic” Sharipov by a player called Owen “Smooya” Butterfield, whose name I’ve never heard, puts them out of contention for an Oakland spot. And then there is Echo Fox. Yeah.

I am going to make some projections for this event and the next, IEM Oakland, for the two teams that I think have a huge amount of potential.

TyLoo is the undisputed king of China. They have come in first place four out of the last five events, including the minor championship. This Chinese team has the pedigree in their homeland and potential on a global scale too. At DreamHack Malmo, TyLoo defeated the Team Liquid lineup that had Oleksandr “s1mple” Kostyliev on it, in an overtime best-of-one, 22-19 on Cobblestone. After that, they defeated Luminosity in a best-of-three during their two-time major era.

After securing basically unlimited access to the west, TyLoo now has a chance to prove to the world that they have what it takes to make it on the big stage. This could possibly be the stepping stone that sends them into the top-10 and possibly beyond, and looking at their group, I’d say they have a pretty good chance.

If they make it to IEM Oakland, almost all of the heavy hitters, excluding Virtus.pro, will be there. I’d like to say they could make a good run, but it hinges on how well they perform at this event.

Once again, we have another king of their region. Athletico may be causing a stir down under, but this Aussie crew is causing waves in NA. They came in fifth place at the ESL Pro League, second in the eXTREMELAND Asia Finals, losing to the second best Chinese team, VG CyberZen, and second in the minor championship, where they lost to TyLoo.

Renegades has often been on my radar. The team has had some best-of-one upsets and constantly teased us with their full potential. It has given birth to a great analyst, Chad “SPUNJ” Burchill, who was replaced by a Team Immunity player Rickey “Rickeh” Mullholland and ever since, the CS:GO world seems better off. We have an Australian dude on the desk and a team that may go on and succeed on an international stage.

Do I think they can get out of their group? Yes, with a push. It is a best-of-three format, so who knows what could happen. Do I think they could do damage at IEM Oakland? Maybe, it’ll come down to star players doing their job and good map picks. They will be aiming for maps like Train and they aren’t scared of playing Nuke or Cobble.

Yes, I went back on what I said about Immortals. I just do not feel confident in them yet.

Here are some of my thoughts and predictions for the iBUYPOWER Masters this weekend. If you disagree, let me know by sending me a tweet at @GAMURS_tnm. For more CS:GO related articles and more, make sure you are following us on Twitter @GAMURScom.