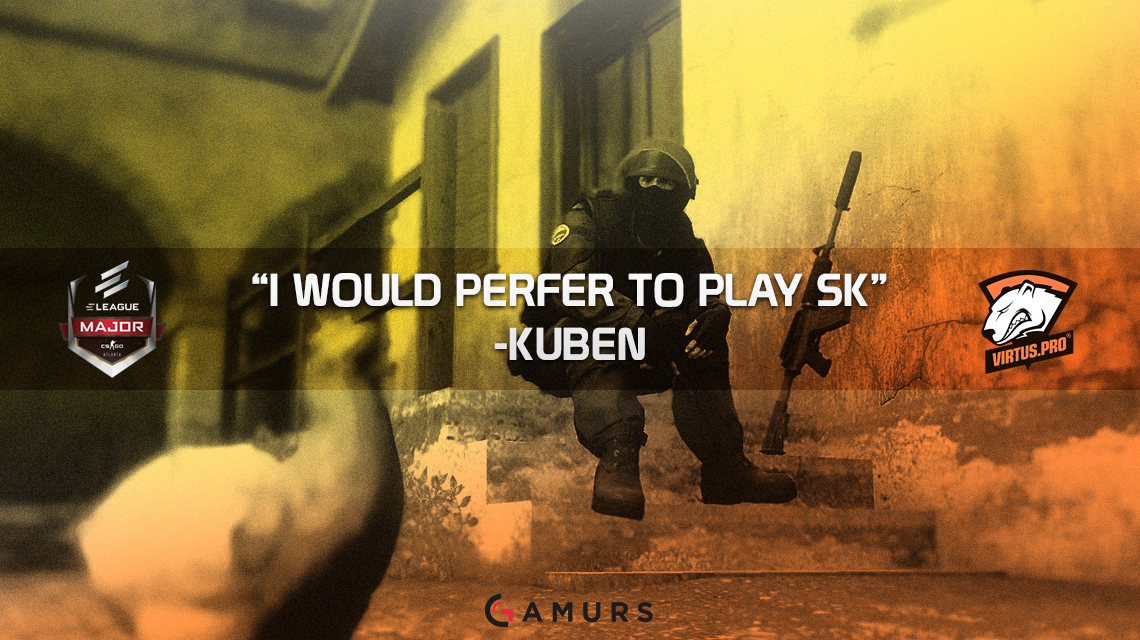 Taz said that your loss in China at WESG was a big wake up call for you. What was your team’s reaction to losing to fellow Polish team in Kinguin?

Kuben: “Of course it was really painful to lose to the other Polish team after a lot of games against them. For me personally, I took the lesson of being prepared more for games and work on in game mistakes. We made the same mistakes we could make against any other team, they just took advantage of the space we gave them. Also, our players are getting nervous quicker. I don’t think all our players play the same when there’s huge money or on the big stage even now; we were just too nervous.”

Was there any reason for Snax’s MAG7 in the second half of Cobblestone? Was it a mentality thing?

Kuben: “He just likes it. When he used it the first round he did, it worked, so he kept using it. Sometimes you just have to see what everyone likes and do whatever works.”

Going into tomorrow, you play the winner of SK and FaZe. You’ve played against SK several times at the majors and FaZe are a good up-and-coming team. Does a win like today give you momentum into tomorrow and who would you rather play?
Kuben: “I’m not thinking about the game yet. I don’t know who we’re going to face, and even though I think FaZe is going to win, I would prefer to play SK. Even if they’re playing with a standin, I know it’s FalleN who makes all the plans for the game, and it doesn’t matter who they pick for their fifth player and I like playing against them.”

How do you think Virtus.pro will finish in the major? Let us know your thoughts in the comments below or tweet us @GAMURScom.