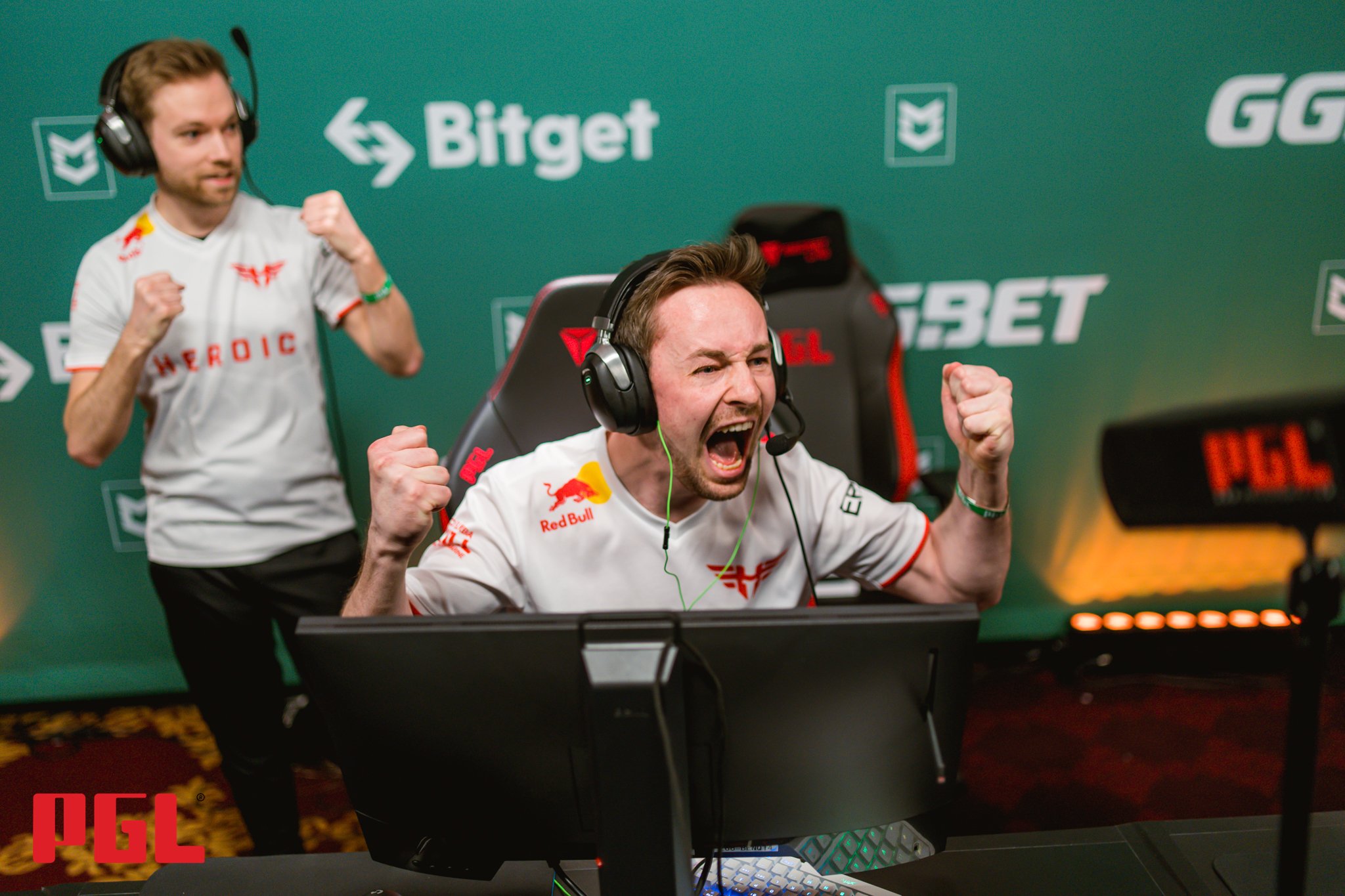 Heroic is the first CS:GO team out of Europe to officially qualify for the PGL Antwerp Major, notching a 3-0 record at the first European RMR capped off with a win against Na’Vi to secure a Legends spot at the Major in May.

Heroic advanced quickly through the first two rounds of the Swiss stage after best-of-one victories against forZe and Fnatic, setting them up with a match against Na’Vi, who had just dispatched of Team QUAZAR and OG.

In their best-of-three, Heroic had to dig themselves out of a hole after losing map one on Mirage after a traditionally terrific performance from s1mple on Na’Vi’s map pick. Heroic jumped out to an early lead on their pick of Inferno and held off a furious Na’Vi comeback to equal the series with a 16-13 win. Finally, Heroic saved their best for last on Nuke, with a comfortable 16-9 win punctuated by another cadiaN clutch and celebration.

Martin “stavn” Lund and Ismail “refrezh” Ali were the top performers for Heroic, with 67 kills each across the three maps. S1mple still finished with the most kills of any player, with 69 kills despite the Na’Vi loss.

Heroic have locked in the highly sought-after Legends spot and will have another team join them in that tier today following the match between the red-hot FaZe Clan and BIG. Heroic and the winner of FaZe/BIG will join the Americas RMR champion FURIA in the Legends Stage, as will five more European teams. Na’Vi, the reigning Major champions, can still secure a Legends spot with a victory in round four. Their round four opponent is yet to be determined.