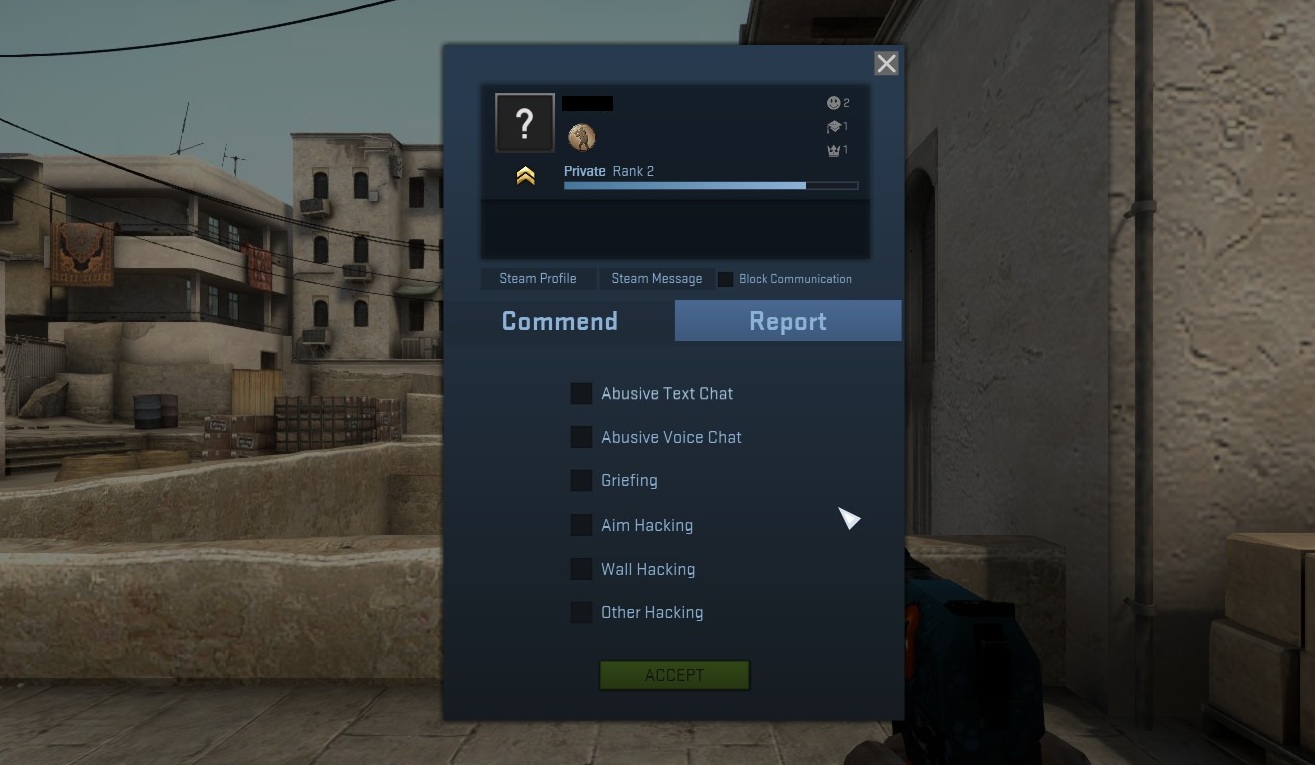 How often are you placed in games with hackers and griefers? How often do you find your game experience ruined by such people. How often do you feel paranoid and crippled with ladder anxiety when it comes to matchmaking due to these people? For myself, this has become a problem. Over the past couple of months, I have been noticing more griefers and hackers. After the VAC ban waves, there were a lot of hackers at my lower rank. As I said, this has been an issue for people at my skill level, Gold Nova, I have been climbing, for a couple months now, and the reason I am going to speak up about it now is that I have had too many games this week with griefers.

Griefing struck me really hard, and I have been in four games where I won due to the other side griefing. I have also had games where I was on the side where people decided to mess around or derank. When I do things that look as good as shroud’s 180 play, I feel really angry. In my last game, there was a guy who had something like 8 kills, 21 points in total, for the whole game. There was an Indian person who got very angry with us Americans and decided to troll, going MAG-7 and refusing to drop guns at 16k. This guy really pissed me off. I started making fun of him after he swore at me for a couple rounds, the other guys were talking shit to me too, but I guess he set me off. Admittedly, I put the bottom fragger in his place first, but then again, I think I hurt the Indian guy who then hurt our team because of his reaction to my comments. I was able to amuse myself in a serious mode of playing as the game was going downhill, so I wasn’t too angry. I was really trying. I was racking up kills. For all of the negative things I had done, I was an invaluable contributor to the team; they weren’t going to do jack shit, I would say to myself and still do. After all, I got an ace with the AWP, which still stings for me. Also, I wouldn’t ignore my team; I would try to help them with drops and playing positions they wanted me in, which was not a mutual agreement I later learned. I carried them ten rounds while they were blabbering over the mic, giving the enemy guns, and screwing everything up. Was it on me to win the game for them? Was it my fault for not doing more despite my 37 kills and 81 points? I don’t think so. For these reasons I think the team let me down. I think that they could have lived up to the expectations of any decent, reasonable Counter Strike player. I know that they could have done more, but they didn’t. This has become a common experience for me, and it sucks. I want it fixed, and you want it fixed. How can it be fixed is what we have been wondering for the longest time.

There are three ways of dealing with a mental issue like this, and griefing is a mental problem, hear me out if you think I went too far. People with mental illness have affected behavior and mood. By the way, I am not saying that this should be an issue written in textbooks. It is simply a problem with how this guy in your game thinks is what I am saying. They find difficulty preventing themselves from lashing out at other players, for example. They do not understand that they are causing harm to people and that going for the Juan Deags is not the purpose of Competitive. Remember a time when you were angry with your team, like everyday perhaps. Now if you do not find yourself angry enough, think of a horrible game. Think of being so angry that you are having a headache. Perhaps, you just simply say, “fuck it” and decide to quit but also take it out on your team. You are in no mood to be playing right now. You should just walk away, but you can’t because this is serious. You are a cocktail of dedication and anger because they don’t take this game as serious as you expect someone to. This is what happens to the ragey kind of griefer whenever they have a bad team, and they have not learned to deal with it like many others have. There are obviously the stupid fuck-offs and derankers that don’t care and only serve to make you angry. All that needs to be understood is that they don’t care about you or anyone else but themselves. They aren’t serious. When mixed with the ragers, you could have a pretty bad combination on your team. This is the sort of thing that would set me off.

Now, Griefing can be ignored in the hopes that they aren’t getting the desired reactions. That won’t work because they will get people to react and griefing doesn’t always stem from a desire to harm others. Often times griefers will be harming your games just so they can mess around or are unable to be calm. That leaves the approach to help them or to hurt them. By helping them, I mean showing them the right way, not punishing, rehabilitating. This strategy does work and has worked on me as I have been what you would probably call a rager. The kind of person that people look up to, not a total nerd, could tell a griefing kid that it isn’t cool or to an adult to get real. The übermensch that is needed to produce a positive result is going to have to lead the team. This superman would not totally change me, but he did leave a temporary effect that would get me through the game and leave me feeling more guilty when I would soon screw up getting a cooldown. I would get really angry and shoot people that pissed me off, those griefer kids. I would get cooldowns for this, and it became such an issue that I had to fix myself. This becomes known as the isolation or hurt method. People like my previous CS:GO self would be hated on sometimes, and those of us with a conscience would hate ourselves for what we had done. I “figured out,” although I had known before, that the things I were doing were hated and were hurting everyone but most importantly myself. People can be shamed into changing for the better when it comes to CS:GO. Is one attitude going to work better than another one? It depends on the receiver really, which leaves us at a roadblock. What method will get us to fix these people’s broken gaming/social mentality 100% of the time?

In short, I do not have an answer. I do not know a perfect way to fix our problems, yet I think there is still hope. Eventually, the right person will help the toxic person to behave better. To increase our chances, we need vocal people. If people want to win games, they will have to be more communicative. More people have to encourage the guy who is feeling down and about to say screw it, or people have to say calm down to the guy who starts yelling at the team like they are his hostages in a bank robbery. More people have to say that it isn’t cool to buy a Negev third round, or people have to get up and show that they are serious and tell the rager to calm his ass down right fucking now. With more people doing these things, we will have better chances that the right person will help the troubled player at the right time.