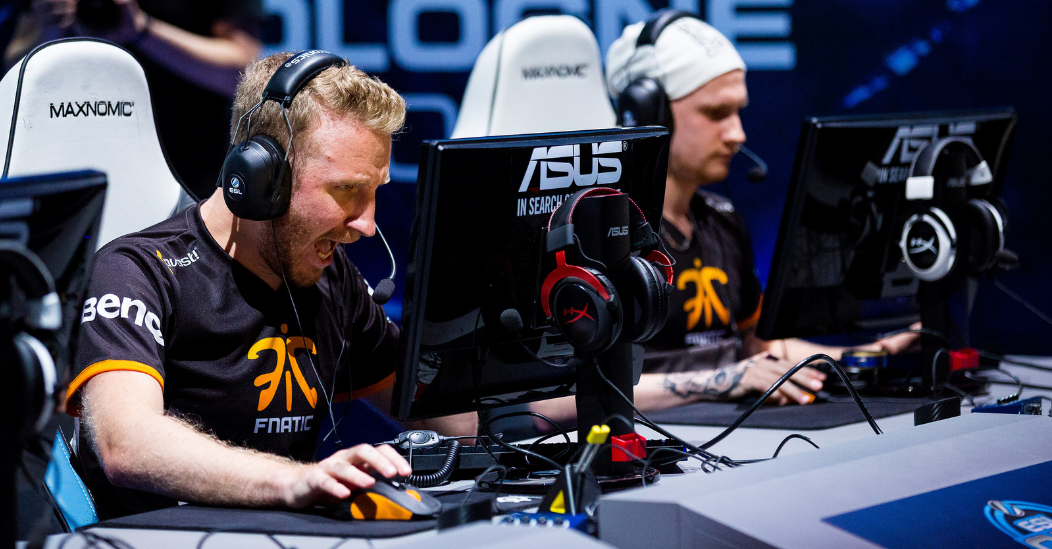 NEO and Taz. GeT_RiGhT and f0rest. Every generation of Counter-Strike players has its dynamic duo, and this generation’s was KRiMZ and olofmeister. With the trade of players between Fnatic and GODSENT, this bond is broken and we see two of the best players in the history of the game leave each other to follow separate paths, one with his old teammates and leader, the other with rising Swedish stars. A duality ends that started way before they were the celebrated stars of the game that they are today.
The two, almost always silent in game, yet always speaking to each other in the language of Counter-Strike itself, made their Counter-Strike: Global Offensive debut as two on LGB eSports back in 2013. Victim of the Fnatic and Ninjas in Pyjamas hegemony, with talents like Maikelele (at the time, eksem) and future teammate dennis, their team was recognized as a good third wheel; the B Team of the Swedish scene. LGB made the quarterfinals of the first ever Major, DreamHack Winter 2013, setting off the first few radars, but their big breakthrough came a few months later, at the EMS One Katowice 2014 major. With a show of force, LGB topped their group and eliminated their rivals Fnatic in the quarters, falling in the semis to the eventual winner, Virtus.Pro, in a hard fought battle. In Katowice, olofmeister and KRiMZ’s synergy rocked the Counter-Strike world. The two, with their radically different playstyles, completed each other. The first was explosive, using his raw skill to make plays and dominate his opposition, the second taking every positional advantage and punishing every enemy mistake, grinding down the opposition with his wits.

It was no surprise that when Fnatic had two vacant spots a couple months later, the duo started wearing black and orange. Together with pronax, JW and flusha, they would go on to create the most dominant team in the history of CS:GO. This lineup’s first major clearly outlined why this was the best roster change in the game’s history: with just a couple months behind them, Fnatic entered as favorites and fell to the NiP magic in the finals in an intense series. The following LANs cemented the Fnatic dynasty, with an unprecedented streak of first place finishes and incredible dominance over every single other team.

Together, olof and KRiMZ were the biggest reason why during the Fnatic era, Counter-Strike entered a CT sided meta. Every team had to accept the fact that to succeed, their defense had to be impenetrable, and Fnatic and LDLC led the way for it, and used their solid T sides just to scrape enough rounds for their defensive efforts to seal the deal.

KRiMZ became synonymous with solo B site holds, especially on Inferno, where his sole presence deterred his opponents from trying to enter the chokepoint where his precise, rarely flashy yet incredibly consistent rifling and use of utility would decimate a push, either by himself or by making it an easy job for his teammates to clean up.

Olofmeister, on the other hand, simply became the best player in the world. His unmatched talent let him make the hard jobs look simple, and the impossible possible. No one in the server could quite stand up to him, and with a team of such skilled players, Fnatic was the first team to win two majors in a row, with ESL One Katowice 2015 and ESL One Cologne 2015. Words cannot give justice to how impressive the team’s feats were: in one of the most skillful times that Counter-Strike had ever seen, Fnatic rose above all others and affirmed themselves as the undisputed best for more than one year.

All good things have to come to an end, and the beginning of their decline was at the DreamHack Cluj-Napoca Major, where they first faltered and lost in the quarterfinals to Team EnVyUs. Pronax then left and dennis joined, kickstarting Fnatic again for their last streak, where they won five more events in a row, but by the time MLG Columbus 2016 arrived, Fnatic, and the duo with them, was not that of the glory days.

After losing in the quarterfinals again, it was announced that Olof’s wrist was injured, and that he would have to sit out of playing CS for a few months for it to heal. During that time, Fnatic went through a few substitutes but no one could quite fill the shoes left empty. A couple weak tournaments had Fnatic leave the throne to SK, and the Swedes, with a returning yet unconvincing olofmeister, entered the ESL One Cologne 2016 major as “just” another top team, eventually losing to Team Liquid in a 2-0 fashion in the semifinals. The rumors of a shuffle started spreading, and the last stand in the finals of ELEAGUE was failed as they capitulated against Virtus.Pro, much like LGB did years before, leading to the shuffle that created the legendary Fnatic.

GODSENT attempts to unite different generations of Fnatic, with all players having won at least one major wearing black and orange, hoping to recapture the magic that faded with time. The new Fnatic tries to instead create a new kind of magic, taking on board young potential to be shaped into champions by those who already have been.

It all seems to reflect the playstyles of the stars we’ve known over the years: KRiMZ, the thoughtful and collected one, choosing to form a team of known variables to reach victory through the knowledge he has acquired. Olofmeister, the explosive and talented one, taking the leap and doing what others would have not done, embarking on a new adventure that only he could choose. Whatever may happen in the future, today we say goodbye to the duo that defined the last two years of Counter-Strike, now to each take what they have learned and pave the way for the future.